Parisian Cocktails
France is known for its wonderful wines, but its alcoholic offerings by no means end there.  Take Paris – home to some of the best bars in the world. From timeless classics to modern mixes, here’s a list of 10 Parisian Cocktails to give you a taste of Paris, wherever you are.

This only calls for four ingredients and is so easy to make. Chill your cantaloupe cubes before pureeing with a cold simple syrup and your sorbet will freeze up even faster. The texture is so light and smooth. Let it sit out for a few minutes after freezing solid before scooping, although, as far as sorbets go, this one is pretty easy to dish out. Serves 6 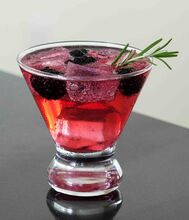 The Black Rose
Dating back to the Art Deco Era, this pretty little thing is a favourite amongst Parisians, both young and old.  While it may look as feminine as a flower, don’t be fooled; its heavy dose of Vermouth with blackberry cordial and blackberry syrup certainly packs a punch. Garnish with blackberries, a sprig of rosemary et voilà! 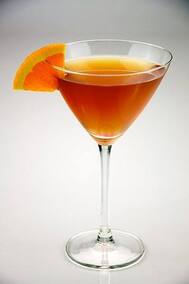 The Sidecar
There is some dispute over this cocktail’s creation—with no other than The Ritz Hotel, Paris taking claim for this age-old classic—created way back when sidecars were actually a thing. It’s a powerful mix of Cognac or Armagnac or Bourbon, plus Cointreau or Triple Sec and lemon juice.
​ 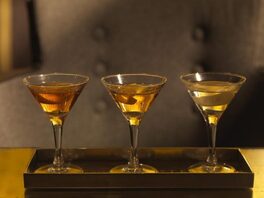 Le Forum Cocktail
Devised in the Roaring Twenties, this is the creation of Le Forum, one of Paris’ most historic cocktail bars, sadly now closed after 85 years.  It’s a Parisian twist on the classic Gin Martini with Gin, Noilly Prat Vermouth and 4-5 drops of Grand Marnier served over ice in a frozen Martini glass. 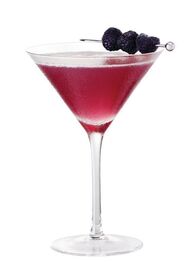 The French Martini
With a sumptuous purple colour issuing from the famous Chambord, it gives a nod to its heritage—it’s Louis XIV himself who is said to be the first to have sampled the liqueur.
It’s an elegant love potion of Chambord flavoured Vodka, Chambord liqueur and pineapple juice made in the City of Love itself. And well, if it was good enough for The King, surely it’s great for anyone! 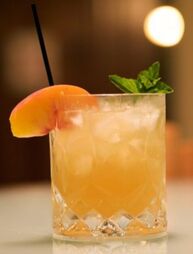 Serendipiti
This cocktail hails from one of the most glamorous hotels in the world: The Ritz, Paris.  A refreshing, fruity concoction of Calvados and Apple juice with added bubbles, it’s elegant and sophisticated—just like the place itself.

French 75
Forget the Arc de Triomphe; Harry’s New York Bar, Paris, offers just as much culture, dating back to 1911.  Also, the birthplace of the Bloody Mary, the French 75 is a light, refreshing and sophisticated cocktail that suits its Parisian surroundings perfectly.
Simple to make with Champagne, lemon juice, gin and simple syrup, sit back with one of these in hand, close your eyes, and think of Paris.  Ahh, la vie est belle! 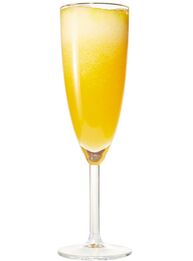 ​ Mimosa
Legend says that bartender Frank Meier invented this simple, yet oh-so-refreshing beverage, in 1925 at the Ritz Paris. Although versions of the drink had popped up before in London, Meier allegedly created the half champagne-half orange juice ratio that mimosa fans have come to know and love. It’s a lunchtime favourite with champagne and freshly squeezed orange juice. Don’t mix the mimosa, or the sparkling wine will lose its fizz. 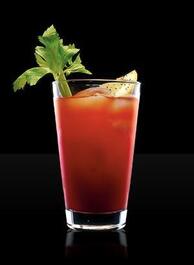 Bloody Mary
We can thank the Americans who brought over canned tomato juice to Paris, as well as the Harry’s Bar bartender, Ferdinand “Pete” Petiot, for the Bloody Mary. Petiot found Russian vodka tasteless, and decided to mix this newfound tomato juice with the spirit, along with some spices. The drink was originally christened “Bucket of Blood,” then “Red Snapper,” until it got its current name, in a vague nod to Mary Tudor of England and Ireland, infamous for her violent (and “bloody”) leadership. 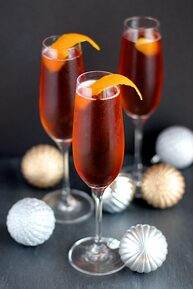 Kir
Although he wasn’t part of the 1920s French cocktail boom, Canon Félix Kir was a priest, Mayor of Dijon, WWII French resistance hero, and — perhaps most importantly — the brains behind of one of France’s signature drinks. A huge fan of local products (what a patriot!), Kir mixed Burgundy wine with cassis, a sweet liqueur made from black currant juice, and it was a huge success.