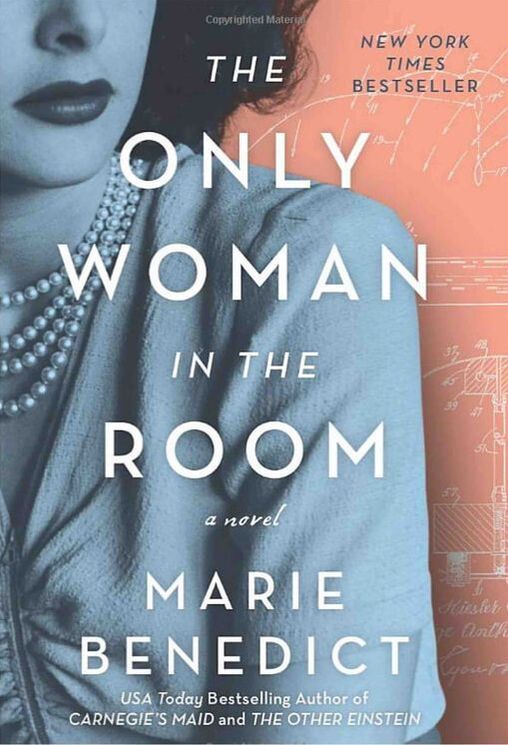 The Only Woman in the Room
Author: Marie Benedict

This is a portrait of an amazing lady who, while married to a wealthy Austrian man who was supportive of the 3rd Reich, devised a plan to escape her marriage and her country of birth and become a successful Hollywood actress. She became known as Hedy Lamarr.

Hedy Kiesler was born in Vienna to Jewish parents and her interest in theatre began there with her ‘professional’ debut playing the part of Bavarian Empress Elizabeth.

Mr. Friedrich Mandl was the owner of a munitions factory and, after seeing Hedy on stage persued her and eventually made her his wife.
​
The marriage was a disaster and Hedy made plans to escape Friedrich and Vienna. Before doing so she had overheard a conversation between her husband and members of the 3rd Reich, in their home, regarding the supply of munitions.

Hedy carried that information to America along with scientific knowledge gained while living with Friedrich.

As a screen actress she became famous, not only for her acting abilities but also for her beauty.

As a scientist, she was instrumental in developing a torpedo prototype which, had it been accepted, could have shortened WW2.

This is a powerful read. I found it to be relevant today in a world where women still struggle to be noticed.