how to grow blueberries 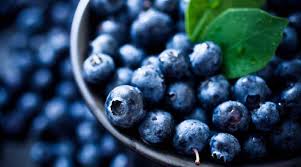 Jerry Coleby-Williams tells you all your need to know to grow these luscious, healthy berries.

Blueberries are beautiful to look at, taste amazing and are packed with anti-oxidants, so they’re well worth growing in your garden.

Fresh blueberries  are a recent addition to Australian fruit bowls and are rarely grown in home gardens. However, as the succulent  fruit becomes increasingly popular, blueberries are finding their way into more and more gardens. If you are wondering whether they’ll grow in your area ask yourself if azaleas grow well in your district. If they do, then blueberries will succeed too. 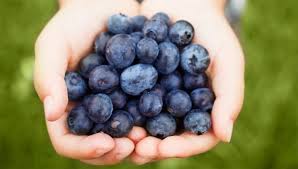 Like the azalea, blueberries are members of the Ericaceae family. Most productive cultivars originate from North American stock, where they grow naturally from Canada to southern USA. With their attractive spring flowers and bright autumn foliage, blueberries don’t need to be relegated to the vegetable patch, they can also be used as decorative garden plants. If you are planning to introduce blueberries into your garden remember that some species are evergreen and some are deciduous. All blueberries grow to around 2m or less, so they’re also absolutely ideal for small gardens.

Where and how to plant
Blueberries need a freely draining, acidic and preferably sandy soil where the topsoil is enriched with organic matter, such as cocopeat. Like azaleas, they are shallow-rooted shrubs with fine, fibrous, surface-feeding roots. Blueberries love the consistent moisture that drip irrigation provides, but perfect drainage is equally important.
Rainwater is ideal for irrigation because it contains few dissolved salts, something blueberries are sensitive to. Bore, grey or recycled water is therefore unsuitable. Blueberries grow best in full sun all year round but will grow in partial shade. Spacing varies between cultivars, with the larger-growing varieties reaching up to 2m high and growing to about 1.5m wide.

Growing tips
As blueberries are sensitive to herbicides it’s important to clear the area of perennial weeds before planting. Hand weed for at least the first year after planting, as hoeing or digging around the bases of plants damages their surface-feeding roots. Three weeks before planting, work iron chelates (available from garden centres) into the soil at the recommended rate. Also check the soil pH, using a pH test kit. A reading of between pH 5 and pH 6 is ideal. To maintain soil acidity, add powdered sulfur. This helps to liberate minerals such as zinc and iron that are beneficial to blueberries. Sprinkle one handful of powdered sulfur per square metre and lightly rake it into the surface.

The best time for planting is between late autumn and spring, when plants are sold bare-rooted and are less likely to suffer from transplant shock than at other times of the year. However containerised blueberry plants can be purchased year-round. Soak the bare-rooted bushes in water for half an hour before planting. Plant containerised stock as soon as they’re removed from pots – the roots dry quickly and recover slowly. Create a planting hole about 15cm wider and deeper than the root system. Water well after planting and connect a dripper to the base of each plant to ensure thorough watering, resulting in plentiful fruit. 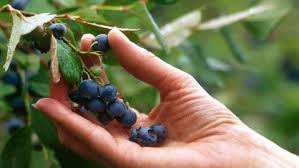 Pruning and harvesting
Blueberries begin cropping at two years. Once the bush is four to eight years old it will produce 2–7kg of fruit.

Pruning helps productivity and, while the aim is to create a vase-shaped bush with an open centre, blueberries also make great hedges. Remove any weak, dead or crossed branches at any time of the year. Tip-prune shoots back by one-third during early spring, and remove unproductive shoots close to the base that are two or more years old. This encourages suckering and the formation of more shoots. Individual fruit will most likely ripen at different stages from December to mid-January, although some varieties can crop as late as March. Fruit starts hard and green, softening as it ripens, attaining its distinctive blue-black colour with a coating of white bloom.

Once fruits are fully darkened, taste a few before harvesting. Blueberries do not get any sweeter after picking so it would be a shame to pick them too early. Full sweetness takes a week or so beyond full colour to develop and timing varies between cultivars. Pick the fruit by hand, but be sure not to rub off any of next year’s berries that are already forming on the branches

Did you know?It is said that deep-frozen blueberries won’t lose their vitamin content for two years. It’s rarely tested: few can resist eating them for that long!