Grandparent of the Year Awards

OUR JUDGING PANEL FOR THE 2018 AWARDS

This year we are delighted to have Professor of Child and Adolescent Psychiatry, Graham Martin, PR and Event Manager, Jenny Daly, and, for the first time ever, our previous Grandparent of the Year, Susan Debrincat.  You can read all about them below. 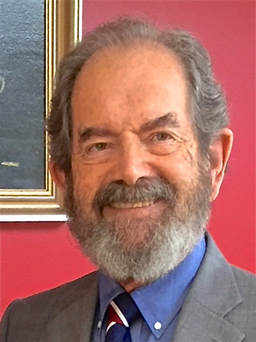 Graham Martin OAM, MD, MBBS, FRANZCP, DPM, qualified in Medicine from King’s College Hospital, London in 1967. Training in psychiatry in London and Adelaide, he was Professor of Child and Adolescent Psychiatry at The University of Queensland from 2001 to 2014. He retired from clinical practice in 2016.
A dedicated clinician, teacher, mentor and researcher, Graham is known for his work in prevention of youth suicide, chairing Suicide Prevention Australia from 1995-2001, and a driving force for 20 national mental health conferences. A media commentator, innovator behind a wide range of audio-visual training programs, creator and editor of several journals, he has published 170 scientific papers, 19 books and 18 chapters in books, as well as 60 journal editorials, reports to government & teaching manuals. Graham has successfully supervised 15 completed PHD/Masters students, as well as 25 honours students. Graham is the author of: ‘Taking Charge: a Journey of Recovery’ (the early story of his battle with Transverse Myelitis); ‘Essays on Prevention in Mental Health’ (a compilation of published work on Prevention); ‘Sensual Haiku’ (a small book of haiku about loving relationships).
(Available from Family Concern Publishing (https://www.familyconcernpublishing.com.au)
Graham has always been a keen photographer. Since 2009, he has created three haiku a day on Twitter (@grahamm44) in response to a daily prompt word (@haikuchallenge). All are part of a journey reaching for personal understanding and Mindfulness.
He currently has ‘A Little Book of Mindful Haiku’ accepted for publication in late 2018. Graham has been married to Janet for 53 rather good years. Jan is a dietitian currently finishing her 4th book for publication – ‘Frozen in Time’ – a recipe book for busy people. They have three children: Jonathan (a doctor in Adelaide), Roderick (an Acupuncturist and Health Service Manager in Brisbane) and Sophie (a Voice Movement Therapist and Actress).  Jan and Graham have 6 grandchildren ranging in age from 14-27. 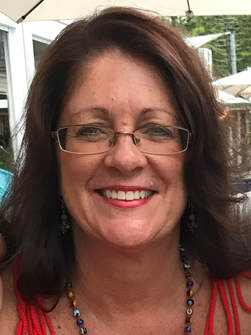 Jenny Daly is a qualified public relations practitioner and event manager. Her career has spanned across the tourism, leisure, and wine industries in addition to the not-for-profit sector.
She worked on the first 3 years of the Tour Down Under and then went on to secure the role of Event Director for South Australia’s inaugural hosting of the highly successful Special Olympics Australia National Games in 2010.
More recently she was responsible the event management of the 2015 Cricket World Cup in Adelaide before undertaking her current role as Sesquicentenary Project Manager for Prince Alfred College.
Jenny is new to grandparenthood, having welcomed her first grandchild last year, and says that it has done wonders for her tolerance levels! 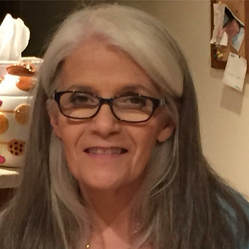 ​I am one of many grandparents raising four of my fourteen grandchildren from the north west of Sydney. I have been raising them for the past seven and a half years, now on my own. My girls are aged 16, 15, 13 and 11.
I have a primary school teaching background with a Diploma in Teaching K-6 and experience in classroom teaching; a Bachelor in Special Education and experience with special needs children; and a Graduate Diploma in Teacher-Librarianship with the last twelve years working in school libraries.
My love of reading to my grandchildren and the children in the library has led me to attempt to fulfil my dream to write, to become one of those authors who mesmerise children with their craft of writing fictional texts.
So, I am currently in my final semester in completing a Masters in Children’s Literature at Macquarie University where my last four units of work have been in creative writing and creative non-fiction writing.
I am looking forward to reading all about these wonderfully exceptional grandparents who have been nominated for Grandparent of the Year 2018.