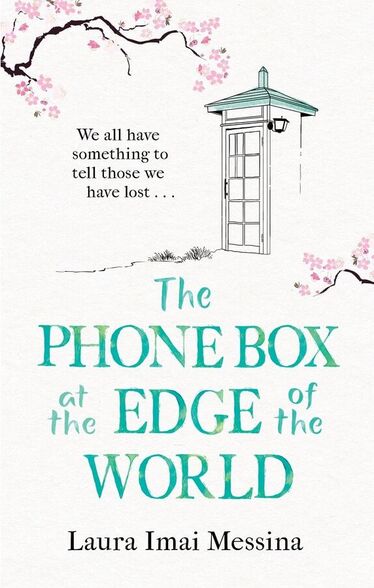 The Phonebox at the Edge of the World
Author: Laura Imau Messina

Inspired by a true story, this is a simple but moving account of loss and re- connection.
When we lose a loved one there is often a great need to have a ‘conversation’ with that person and this story illustrates one way this can be done; by ‘picking up a telephone receiver and speaking into the wind’.

On a windy hill in Japan sits a telephone box. It is mechanically disconnected but it is spiritually connected for those who have lost a family member during catastrophic events.

Yui has lost her mother and daughter in the Tsunami. Until she is led to this place she is living in a world of heartache and confusion.
​
While listening to the radio one day she hears of a place, a garden called Bell Gardia, which is lashed by strong winds and where a telephone box sits which can be used to connect with a deceased loved one. It is known as ‘the wind phone’.

Yui makes the journey to Bell Gardia and meets with the custodian, Suzuki -San, who tells her that thousands of people come to the garden every year. There were many like her who had lost loved ones in the Tsunami, victims of car accidents and even some who still mourned victims of WW2.

Yui was surprised by the wind at Bell Gardia and one day she realised that ‘ the function of the telephone, rather than to channel and guide voices into a single ear, was to broadcast them out onto this wind’.

On one of her pilgrimages to the garden Yui meets Takeshi, a bereaved husband, and they form a warm and permanent relationship.

This is such a beautiful story, told with the power of love over loss and the restoration of the human spirit.

In these times of confusion and instability it does the soul good to pick up a book such as this and lose oneself in its pages.