Nai – you can speak Greek!

You may not have studied the language in school or at your Yaya’s knee, but you do speak Greek, and probably every day. 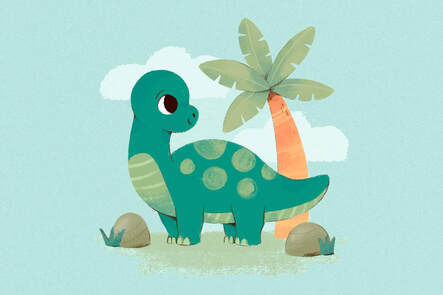 If you start the morning with marmalade on your toast and read the daily paper with cynicism, you’re using the words of Ancient Greeks in the English you’re using today. It’s documented that there are over 150,000 such words in our English today – here are just a few examples to start you thinking!

acrobat
From the word akri (άκρη — “tip” or “edge”) and the verb vaino (βαίνω — “to walk”), an acrobat is someone who walks on the edge, often on tiptoe.

cemetery
From the Greek word koimame (κοιμάμαι — “to sleep”), which is also the root of another word, koimitirion (κοιμητήριο — “dormitory”), so our final places of rest are “dormitories for the dead’!

cynicism
Cynicism comes from the Cynics, a school of Ancient Greek philosophers. Their namesake is probably derived from a public gymnasium (“school”) where one of Socrates’s pupils taught called Cynosarges (“white dog” or “swift dog,” depending on the translator). According to mythology, the Athenians were in the middle of making an offering to Heracles when a dog snatched the animal and deposited it near the location where the school was later built.

democracy
The combination of demos (δήμος — “people”) and kratos(κράτος — “power”), simply means power to the people!

dinosaur
How’s this for a perfect description; the Greek words deinos (δεινός — “terrible”) and savra (σαύρα — “lizard”) combine for this “fear-inspiring reptile”. Europe
According to Ancient Greek mythology, Europe was a mythological princess with big, beautiful eyes, a trait reflected in the very origins of her name: evrys(ευρύς — “broad”) and ops (ωψ — “eye”). When the god Zeus laid his own eyes on her, it was love at first sight. He quickly transformed himself into a white bull and spirited her off to the faraway lands we now call Europe. Greece has since immortalized the story on its national version of the two-euro coin.

galaxy
Like many Greek words, galaxy (the Milky Way) comes from the Greek word for milk, gala (γάλα). According to one myth, the Milky Way was created by Zeus’s baby son, Heracles, after he tried suckling on his stepmother’s milk while she slept. When Hera woke up to discover that she was breastfeeding an infant that was not her own, she pushed the child away, causing her milk to spurt into the universe.

hermaphrodite
Another god, Hermaphrodite, was the son of Hermes and Aphrodite, seemingly they didn’t bother finding a new name for their child!

marathon
Thanks to the modern Olympics, we’re all pretty familiar with the meaning of these long-distance footraces. Officially, a marathon is 42.1 km (or 26.1 miles) long, the actual distance between two Greek cities.

marmalade
Although English took this word from Portuguese, you can trace it further back to the Greek words meli (μέλι — “honey”) and milo (μήλο — “apple”). Some sources say that the Ancient Greeks liked cooking quinces (marmelos in Portuguese) with honey.

melancholy
From the Greek words melas (μέλας — “black”) and khole (χολή — bile). It was once thought that when your spleen produces an excess of black bile, you feel gloomy. This belief is rooted in the Ancient Greek school of medicine called humourism, which hypothesized that body fluids (“humors”) directly influenced a person’s mood.

music
Music literally means art of the Muses, the nine Greek goddesses who presided over the arts and sciences. The concept of a museum was originally intended to be a shrine for the Muses.

narcissism
From the Ancient Greek mythological figure of Narcissus, a young man who fell in love with himself when he saw his reflection in a lake. One nymph who fell passionately in love with him withered away into nothingness when he ignored her, leaving no trace behind but her voice. Her name was Echo.

panic
The word panic comes from the name of the Ancient Greek goat-god Pan, who spread terror among nymphs like Echo.

phobia
Coming from another word for terror, a phobia is an irrational fear — and there are many strange phobias with names also derived from Greek. Paraskevidekatriaphobia is to be scared of Friday the 13th, arachibutyrophobia is to worry about getting peanut butter stuck to the roof of your mouth and myrmecophobia is the fear of ants.

planet
Another word for the heavens, planet comes from the Greek verb planomai(πλανώμαι), which means “to wander.” To the Ancient Greeks, planets were simply wandering stars.

sarcasm
From the Greek word for flesh, sarx (σάρξ), sarcasm describes the (metaphorical) act of stripping someone’s flesh off with a sneering comment.

tele + word
There are many Greek words used in English that start with tele, a prefix denoting distance. A telephone carries your voice across distances, a telescope helps you see far-off places and a telegraph lets you send long-distance messages.

thespian
Thespian is a rather old-fashioned word for actor, especially a theatre actor. The name comes from Thespis himself, a sixth century BCE Ancient Greek poet who was said to be the first person to ever appear on a stage as an actor.

The Origin Of “It’s All Greek To Me”
Chances are you’ve had the phrase ‘but it’s all Greek to me’ go through your head more than once while reading this article, so we’ll finish with yet another enlightening fun Greek fact.

When people say, ‘it’s all Greek to me”, they’re intimating they’re not grasping the meaning of what is being said, usually in relation to a foreign language or some scientific/techno jargon.

This common saying date back to at least the early 17th century. It’s used by two different playwrights from this time period: Thomas Dekkar and William Shakespeare, meaning this phrase is over 400 years old!
​
In Dekkar’s play, Patient Grissel from 1603, it reads:
“FAR: Asking for some Greek poet, to him he fails. I’ll be sworn he knows not so much as one character of the tongue.
RIC: Why, then it’s Greek to him.”

Not long after this, Shakespeare used the expression in Julius Caesar, 1616:
​
“CASSIUS: Did Cicero say anything?
CASCA: Ay, he spoke Greek.
CASSIUS: To what effect?
CASCA: Nay, an I tell you that, I’ll ne’er look you i’ the face again: but those that understood him smiled at one another and shook their heads; but, for mine own part, it was Greek to me.”