The diversity of fauna in Turkey is even greater than its flora. While the number of species throughout Europe as a whole is around 60,000, in Turkey they number over 80,000. If subspecies are also counted, then this number rises to over a hundred thousand.

​As in the case of plants, Anatolia is the original homeland of several species. For instance, the fallow deer now common in Europe was introduced from Turkey in the 17th century. This species comes from the foothills of the Taurus Mountains between Antalya and Adana. Another example is the pheasant which comes from Samsun on Turkey's Black Sea coast. The scientific name of this beautiful bird is Phasianus colchicus, "Phasianus" being the ancient name for the Kizilirmak river, and "colchicus" deriving from Colhia, an ancient kingdom which stretched along the Black Sea coast to the Caucasus. We can also name the Bald Ibis, known as Kelaynak in Turkish, which is a special migrating bird with the risk of extinction! The domestic sheep is a descendant of the wild sheep, Ovis musimon anatolica, which as the scientific name indicates was a native of Anatolia.

​Today many of the national parks and countryside are still rich with wildlife such as brown bears, wild boar, lynx, wolves, caracals and leopards. Few people are aware that the Anatolia leopard is one of the largest of the graceful cats, and that it was the species used in gladiator fights by the Romans. Pits constructed as traps for these creatures can still be seen scattered in the Taurus Mountains, and are known locally as tiger-traps. Indeed, the tiger is another creature whose original homeland was Anatolia, a little known fact reflected in the name tiger itself , which comes from the Latin name Felis Tigris, or Tigris cat after the Tigris river. The lions which survive only in Hittite statues today were once another member of the Anatolian fauna. 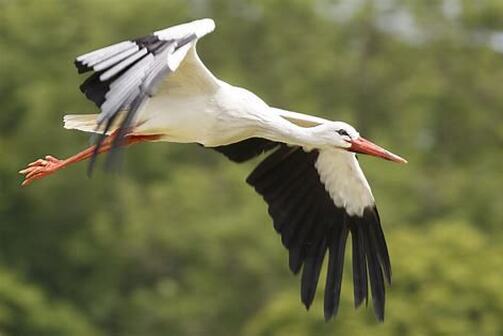 Birds have taken advantage of Turkey's strategic position as a bridge connecting Europe to Asia and Africa for thousands of years. Two of the four main migration routes in the bio-geographic region known as the year, in spring and autumn. In spring migratory birds fly northwards from Africa to Asia and Europe, and in autumn they leave their breeding grounds to fly south to Africa again. One of these migration routes leads south from Hopa in northeast Turkey along the Çoruh river valley into Eastern Anatolia passing through Kahramanmaras and Antakya provinces in Southeast Turkey. Most of the birds which take this route through the Çoruh River valley are birds of prey, and at around 250,000 they from the largest migratory group of birds of prey in the world.

However, the most spectacular migration in the world is the flight of storks down the Bosphorus in Istanbul in spring and autumn. Over a quarter million storks fly in clouds over the city in the course of a few weeks. Some species of birds of prey also migrate along the Bosphorus, a waterway which is not only migratory route for birds but also for fish making their way between the Black Sea and the Marmara Sea. It is this phenomenon which results in unusually high catches, delighting fishermen and their customers alike.

Despite the fact that Turkey is an ancient land, crossed, exploited and fought over by a succession of peoples for millennia, there are still many areas which have remained virtually untouched, enabling many rare species of wildlife which have become endangered or extinct elsewhere to maintain viable colonies here. Turkey's Aegean and Mediterranean shores provide a refuge for monk seals and loggerhead turtles, while is wetlands house colonies of numerous endangered species, such as the Dalmatian pelican, pygmy cormorant and the slender billed curlew, as well as flamingoes, wild ducks and geese. 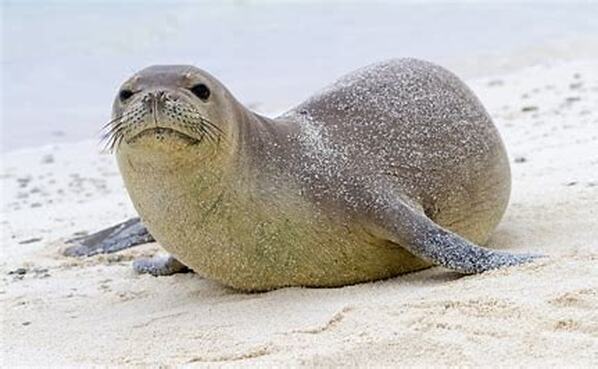 Under the auspices of the Ministry of the Environment a program is underway to project the last surviving colonies of monk seal along Turkey's Mediterranean and Aegean coasts, and in addition an international project is being conducted within the framework of the Bern and Barcelona conventions. Apart from a small colony of monk seals on the shores of the Western Sahara on the Atlantic Ocean, the only remaining colonies of this species are the eastern Mediterranean, the species having been wiped out in the western areas. The fact that the species has survived along Turkey's shores is due to the preservation of the natural environment in many areas and low pollution levels. Further evidence that environmental conservation along Turkey's coast is succeeding is the continued existence of pine forest and long un-spoilt beaches despite extensive construction in recent years. Seals are seen to a lesser extent in the Marmara and Black Sea, but they are most common around Foça, near Izmir, on the Aegean coast, a town whose name derives from the ancient Phoenician for seal. A local Seal Committee has beer set up in the town, followed by another at Yalikavak near Bodrum further to the south.

The total number of monk seals in the world is between 300-400, fifty of which live in Turkish waters. 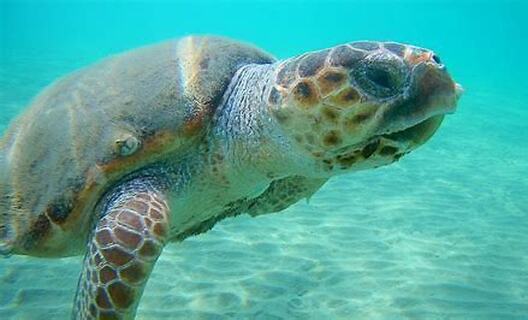 Other endangered species include turtles which lay their eggs in the long sandy beaches of the Mediterranean. Two species breed in Turkey, where efforts to protect them have been extremely successful. A tourism development project at Köycegiz has been scrapped to preserve the breeding grounds of Caretta Caretta, and the lake and marshes of Köycegiz declared an Specially Protected Area. These measures were received with a standing ovation by the Standing Committee of Bern Convention of the Council of Europe in 1989, and cited as an example for other countries to follow. Studies of the turtles along all Turkey's shores have been launched, and seventeen sand beaches of foremost importance as breeding grounds for turtles are kept under constant observation by the Turtle Preservation Committee. The Ministry of the Environment's Authority of Specially Protected Areas is in charge of protecting the Belek area, and the Ministry of Forestry is responsible for the Yumurtalik and Akyatan wetlands.