What's all
​the Fez about?.

Come on, fez up. Even you had a minor smirk of amusement at the headline.

There’s something about just saying the word that makes you wonder what the fascination with a glorified hat is. The unusual combination of an ‘f’ and a ‘zee/zed’? The fact that it’s usually only associated with just one colour, perhaps?

Whatever the reason the Fez has emerged from the familiar historical connection with the Ottoman Empire in the early 19th century to the heads of famous people in both hemispheres throughout history, from world leaders to magicians and even Doctor Who.

The Fez (Turkish: fes) is a headdress made of felt or kilim fabric in the shape of a short cylindrical peakless hat, usually red, and sometimes with a tassel attached to the top. The name ‘fez’ refers to the Moroccan city of Fez, where the dye to colour the hat was extracted from crimson berries.

Its beginning is slightly vague, being either of ancient Greek, Moroccan or Turkish origin. Historians agree, however, that the Fez we know today is Turkish in origin and was ordered by Sultan Mahmud II in the early 1820s as a modern alternative to the turban that allowed Muslim men to prostrate while praying. Instead of their previous turban headdress featuring a brim, the Fez allowed them to put their heads to the ground during Salah (daily prayers). 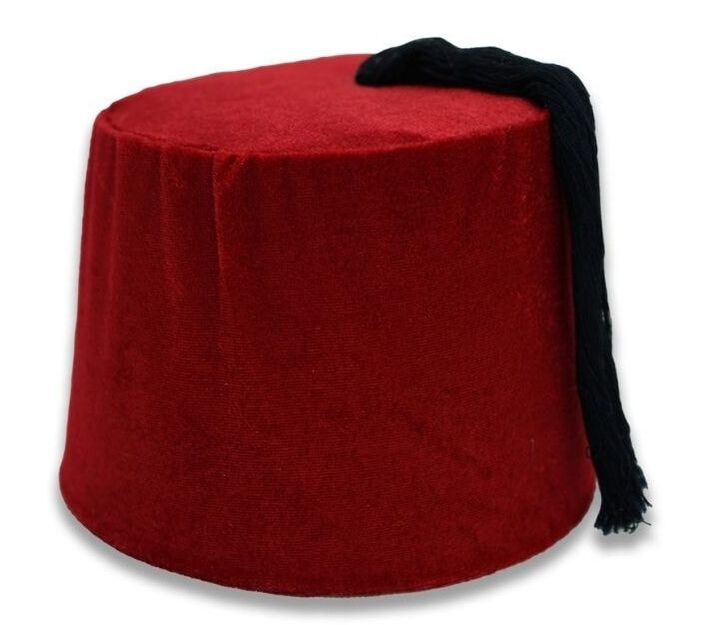 The famed Sultan of the Ottoman empire himself can be seen in historical representations always wearing a fez and is acknowledged as creating the symbol of Ottoman citizenship.

In 1827, he mandated the fez as a modern headdress for his new army, the Asakir-i Mansure-i Muhammediye. The decision was inspired by the Ottoman naval command, who had previously returned from the Maghreb having embraced the style. A red Fez with a blue tassel became the standard headdress of the Turkish Army during the 1890s, until 1910 when the khaki service dress and peakless sun helmet was introduced.

In 1829, Mahmud issued new regulations mandating use of the fez by all civil and religious officials. The intention was to completely replace the turban, which acted as a marker of identity and so divided rather than unified the population.

The fez was subsequently outlawed in Turkey in 1925 as part of Atatürk's Reforms. 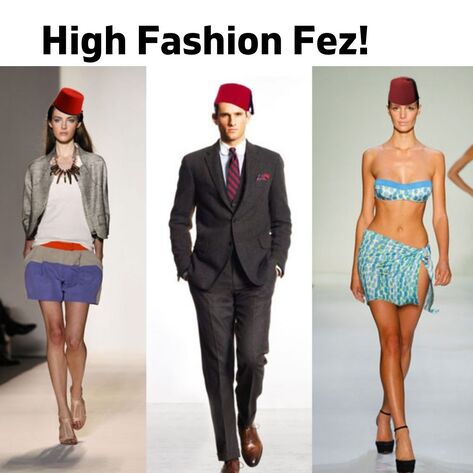 Kemal Atatürk was a Turkish field marshal, revolutionary statesman, author, and the founding father of the Republic of Turkey, serving as its first president from 1923 until his death in 1938. He undertook sweeping progressive reforms, which modernized Turkey into a secular, industrializing nation. Due to his military and political accomplishments, Atatürk is regarded as one of the most important political leaders of the 20th century. As a matter of interest, Atatürk’s other initiations covered a broad range of political, economic, and cultural reforms, including making primary education free and compulsory, opening thousands of new schools all over the country, introducing the Latin-based Turkish alphabet, replacing the old Ottoman Turkish alphabet with the Latin-based Turkish alphabet and Turkish women received equal civil and political rights during Atatürk's presidency.
The Fez hat is one of the first symbols of the Ottoman modernity and over time it has become as the part of the cultural identity. In the west, it is seen as exotic and romantic and in the United States and the United Kingdom it became one of the famous parts of luxury men’s outfit.

Fez is now worn by service staff and tourist establishments in the Middle East and North Africa while in Libya, the fez is called “checheya” and is worn by the rural population sometimes with or without the long tassel. Muslim restaurants and hotels all over the world have their staff wear fez hats too.
​
In 2013, the Fez was declared a must-have fashion accessory and was seen to dominate many high street stores and catwalks around the world, along with onesies and jeggings!
​
High-end brands such as Gucci, Prada and Pierre Cardin featured fezzes heavily in their Spring/Summer collections, each having given the classic style their own unique twist. Roberto Cavalli unveiled an animal print fez adorned in Swarovski crystals while one featuring Missoni’s classic geometric coloured stripes also became considered the height of fashion.

And so, the Fez lives on…