The name of Aesop is as widely known as any that has come down from Graeco-Roman antiquity, yet it is far from certain if he ever really ever existed. Scattered details of Aesop's life can be found in ancient sources, including Aristotle, Herodotus, and Plutarch and in the latter part of the fifth century something approaching a coherent Aesop legend appears, originating out of Samos.
​ 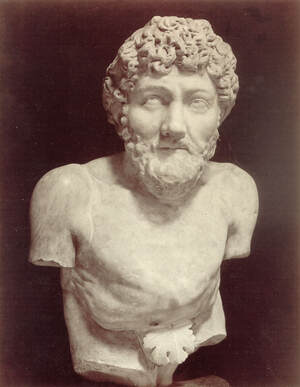 Hellenistic statue thought to be of Aesop.
The earliest Greek sources, including Aristotle, indicate that Aesop was born around 620 BCE in the Greek colony of Mesembria though several later writers from the Roman imperial period (including Phaedrus, who adapted the fables into Latin) say that he was born in Phrygia. The 3rd-century poet Callimachus called him "Aesop of Sardis," and the later writer Maximus of Tyre called him "the sage of Lydia."

From Aristotle and Herodotus we learn that Aesop was a slave in Samos and that his masters were first a man named Xanthus and then a man named Iadmon; that he must eventually have been freed, because he argued as an advocate for a wealthy Samian; and that he met his end in the city of Delphi.

​Plutarch  tells us that Aesop had come to Delphi on a diplomatic mission from King Croesus of Lydia, that he insulted the Delphians, was sentenced to death on a trumped-up charge of temple theft, and was thrown from a cliff, after which the Delphians suffered pestilence and famine. 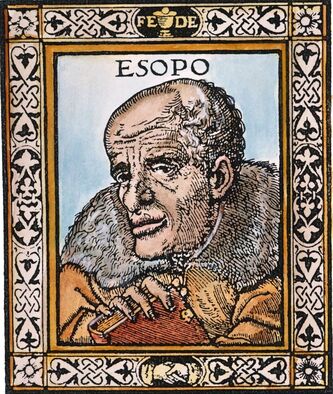 Along with the scattered references in the ancient sources regarding the life and death of Aesop, there is a highly fictional biography now commonly called The Aesop Romance, an anonymous work of Greek popular literature composed around the second century of the Common Era.

In The Aesop Romance, Aesop is a slave of Phrygian origin on the island of Samos, and extremely ugly. At first he lacks the power of speech, but after showing kindness to a priestess of Isis, is granted by the goddess not only speech but a gift for clever storytelling, which he uses alternately to assist and confound his master, Xanthus, embarrassing the philosopher in front of his students and even sleeping with his wife. After interpreting a portent for the people of Samos, Aesop is given his freedom and acts as an emissary between the Samians and King Croesus. The story ends with Aesop's journey to Delphi, where he angers the citizens by telling insulting fables, is sentenced to death and, after cursing the people of Delphi, is forced to jump to his death. 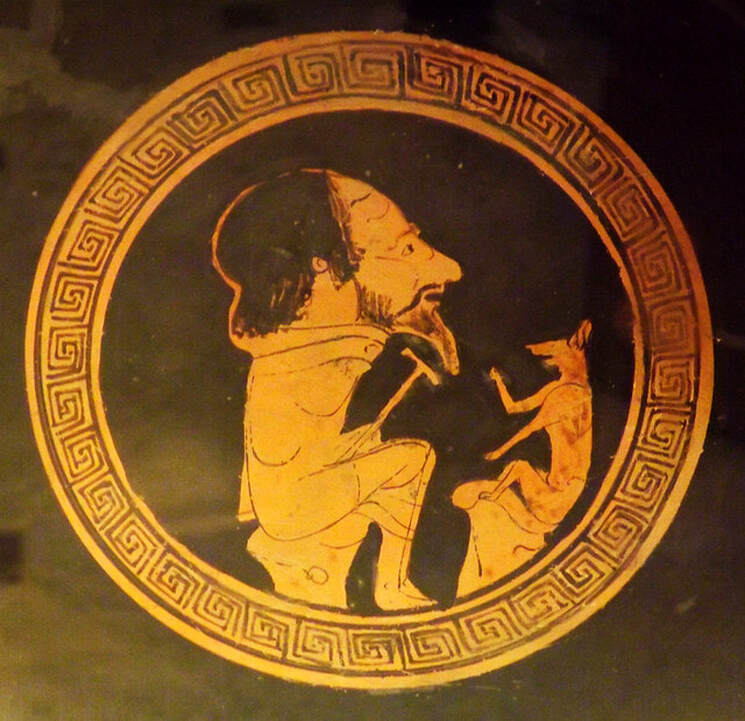 Aesop may not have written his fables. The Aesop Romance claims that he wrote them down and deposited them in the library of Croesus; Herodotus calls Aesop a "writer of fables" and Aristophanes speaks of "reading" Aesop, but that might simply have been a compilation of fables ascribed to him.

Collections of what are claimed to be Aesop's Fables were transmitted by a series of authors writing in both Greek and Latin.
​
Aesop's Fables continued to be revised and translated through the ensuing centuries, with the addition of material from other cultures, so that the body of fables known today bears little relation to those Aesop originally told. With a surge in scholarly interest beginning toward the end of the 20th century, some attempt has been made to determine the nature and content of the very earliest fables which may be most closely linked to the historic Aesop. 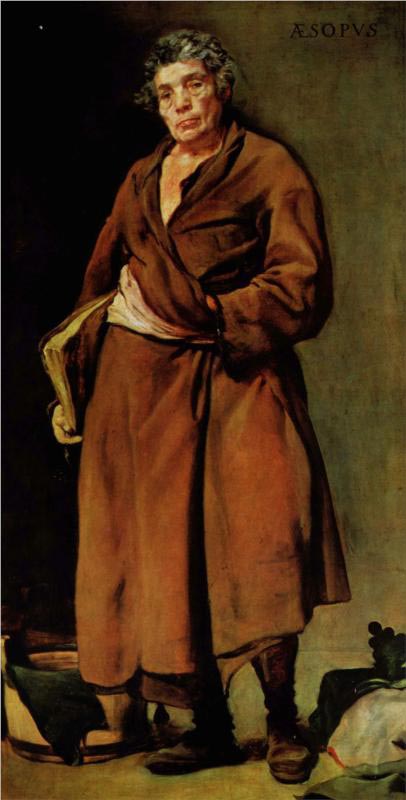 The anonymously authored Aesop Romance begins with a vivid description of Aesop's appearance, saying he was "of loathsome aspect... potbellied, misshapen of head, snub-nosed, swarthy, dwarfish, bandy-legged, short-armed, squint-eyed, liver-lipped—a portentous monstrosity," or as another translation has it, "a faulty creation of Prometheus when half-asleep.” A much later tradition depicts Aesop as a black African from Ethiopia but modern scholars have dismissed this.

On other continents Aesop has occasionally undergone a degree of acculturation. A stage production in South Africa adapted a script by British playwright Peter Terson (1983 as a musical using native African instrumentation, dance and stage conventions.[45] Although Aesop is portrayed as Greek, and dressed in the short Greek tunic, the all-black production contextualises the story in the recent history of South Africa.
​
There had already been an example of Asian acculturation in 17th-century Japan where Portuguese missionaries introduced a translation of the fables (Esopo no Fabulas, 1593) that included the biography of Aesop. This was then taken up by Japanese printers and even when Europeans were expelled from Japan and Christianity proscribed, the text survived, in part because the figure of Aesop had been assimilated into the culture and depicted in woodcuts as dressed in Japanese costume.
​
Although his existence remains unclear and no writings by him survive, numerous tales credited to him are still told in many languages in a storytelling tradition that continues to this day.