Why Suleiman I was 'magnificent'. 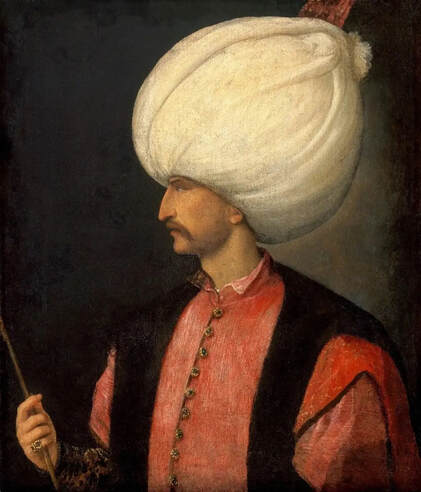 Portrait of Suleiman by Titian

Suleiman was the son of another great Ottoman Sultan, Selim I (r. 1512-20), who, despite the brevity of his reign, oversaw a huge expansion of the Ottoman Empire, including the conquest of the Mamluk Sultanate of Egypt from 1516-17. During Selim I’s reign, the Ottoman Empire increased in size by 70%, and by the time of his death in 1520, it spanned 3.4 million square kilometers (1.3 million square miles) from Algeria to Moldavia.

Suleiman was born in November 1494, and although the date is often disputed, 6th November is generally agreed upon.

At age 7, Suleiman was sent to study at the Topkapi Palace in Constantinople, where he undertook numerous subjects including history, science, literature, theology, and military tactics, which proved invaluable in later life.

At 17 he was appointed governor at Kaffa, a port on the Crimean coast of the Black Sea, perhaps most famously remembered for its role in spreading the Black Death across Europe 150 years before Suleiman was born. 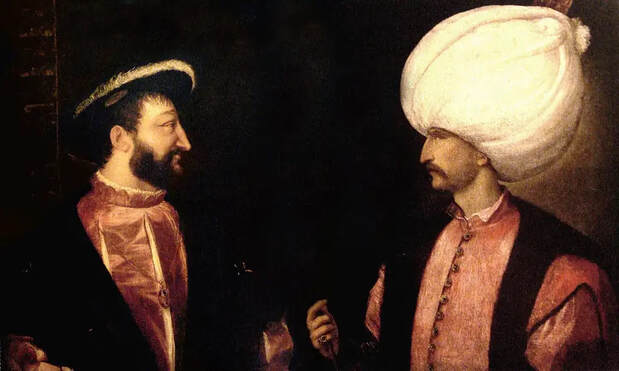 Suleiman the Magnificent in Europe

Upon his father’s death in 1520, Suleiman ascended the throne, becoming the tenth Ottoman Sultan. He immediately began planning military offensives to further expand the territory of the Ottoman Empire, and in 1521 began the first of a series of campaigns against Christian Europe.

In mid-May 1521, Suleiman headed for Christian-held Belgrade. The battle raged from 25th June – 29th August and resulted in an Ottoman victory,  hugely significant as it was the furthest west the Ottoman Empire had ever expanded.

The following year, Suleiman targeted the Greek island of Rhodes. In 1480, under the leadership of Mesih Pasha, the Ottoman Empire had been unsuccessful in taking the island stronghold from the Knights Hospitaller, who were a medieval Catholic military order originating from the Crusades.
However, under Suleiman’s leadership, Ottoman forces successfully besieged the island. On 26th June 1522, 400 Ottoman ships arrived on the shores of Rhodes to begin the siege, which involved heavy gunfire and cannon fire, in a show of advanced warfare in the early modern period, and the castle walls eventually began to crumble. The siege lasted until 22nd December, when the representatives of Rhodes accepted Suleiman’s (rather generous) terms, including that Suleiman promised not to turn any churches into mosques.

The capture of Rhodes meant that the Ottomans now controlled almost the entire eastern Mediterranean, making communications and trade much easier with Constantinople and the Levant. Now Suleiman looked further west, toward Europe.

In 1525, Francis I of France (r. 1515-47) had been defeated at the Battle of Pavia by the forces of the Holy Roman Emperor, Charles V (r. 1519-56). Francis was imprisoned and forced to sign the Treaty of Madrid, which ceded parts of Francis’ territory to Charles, as well as promising his sister in marriage to the Emperor.

The treaty was signed on 14th January 1526, and Francis was released from prison. However, as soon as Francis had crossed the border back into France, he formed the League of Cognac with other European leaders, in order to dethrone Charles V.

Francis turned to Suleiman for support, asking to attack the Holy Roman Empire through Hungary.  Relations between Hungary and the Ottoman Empire had soured after Suleiman’s conquest of Belgrade in 1521, and by 1526 they were at an all-time low giving Suleiman the excuse to attack Hungary later that same year.

The Ottoman troops cut through the Hungarian defenses, forcing King Louis II of Hungary to flee. On his retreat, he was thrown from his horse into a river and died, weighed down by his armour, ending the Jagiellonian dynasty of Hungary, resulting in the collapse and partition of medieval Hungary, split between the Ottoman Empire, the Principality of Transylvania, and the Habsburg Monarchy.

Suleiman had achieved all of this by the time he was just 32 years old! In the matter of a few short years, he had penetrated into Europe, almost reaching Austria. He had taken back Hungarian territory, challenged Charles V as Holy Roman Emperor, and formed a Franco-Ottoman alliance that was to last for three centuries. 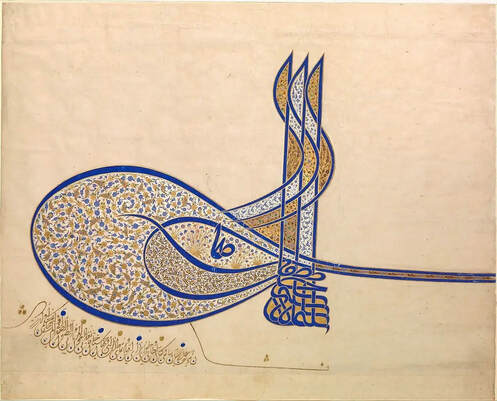 Suleiman's insignia.
Outside of Europe

Now Suleiman turned his sights east and looked to trade with the Mughal Empire, based in South Asia. In 1538, he captured the port of Aden in Yemen from the Portuguese, and created a base from which the Ottomans could trade in Asia. With strong trade routes to both the Red Sea and the Indian Ocean, the Ottomans enjoyed a significant level of trade with the Mughals in the sixteenth century.

Suleiman's North African campaigns expanded Ottoman influence into Somalia and the Horn of Africa helping to link the North African Ottoman territories closer together. His influence was felt from Austria to Indonesia and by the time his second Persian campaign was completed he had gained territory in Azerbaijan, Van and Georgia, as well as control, of Iraq giving him access to the Persian Gulf. 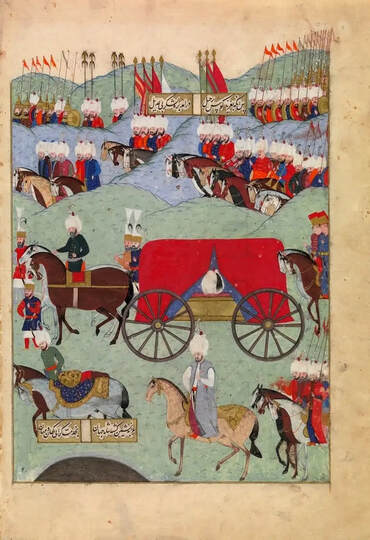 The Ottoman Empire thrived under Suleiman the Magnificent, as he presided over what came to be known as its “Golden Age”. Unlike many of his Islamic and Christian contemporaries, he protected the Jewish communities of the Ottoman Empire introducing a royal mandate which denounced blood libels against the Jews.

Suleiman was a writer in both Persian and Turkish and helped develop the architectural style of the Ottoman Empire, overseeing the construction of 300 monuments during his reign. He restored the Dome of the Rock and the Old City Walls in Jerusalem.

On 6th September 1566, while en route from Constantinople to Hungary to lead another expedition, Suleiman died. His body was sent back to Istanbul where he was buried. A successful military leader, he gained territory in Europe, Africa, and Asia, expanding the Empire to the largest it had ever been, dominating the seas from the Mediterranean to the Red Sea to the Persian Gulf. He truly was a magnificent leader, and thoroughly deserving of his title.