Who really discovered the lost city of Troy?

He was as famous in his day as Howard Carter, whose discovery of Tutankhamun’s tomb, made headlines. But, unlike Carter, Heinrich Schliemann’s story has since been found to be littered with lies.
​ 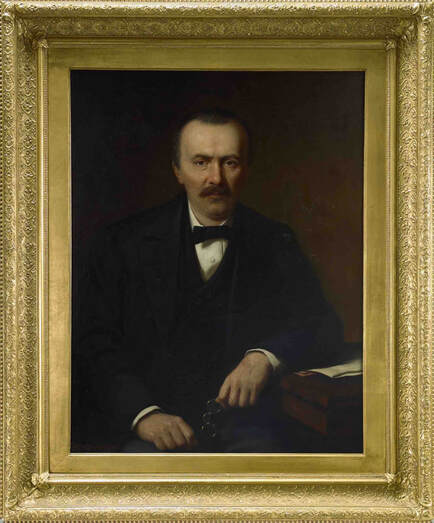 Portrait of Heinrich Schliemann by Sidney Hodges, 1877.
Heinrich Schliemann was an adventurer, world traveller, and gifted amateur archaeologist. He spoke 15 languages and was a scholar of classical literature. He was credited with the singlehanded discovery of Troy but his distorted version of the facts unravelled during the celebration of his 150th birthday in1972, laid bare as a story Schliemann manufactured to boost his image, ego and public persona.

In his memoires Schliemann claimed that, when he was eight, his father had taken him on his knee and told him the tale of the Iliad and the love affair between Helen, wife of the king of Sparta and Paris, son of Priam of Troy, which had destroyed a Late Bronze Age civilization. According to Schliemann, the story awoke in him a hunger to search for archaeological evidence of Troy and Mycenae. However, it was only after travelling the world, at age 46, that Schliemann turned to archaeology and began any serious investigations on the location of Troy.

At the time, there were three contenders for its location. The popular choice at the time was Bunarbashi and the accompanying acropolis of Balli Dagh. Then there was Hislarik, favoured by ancient writers and a small minority of contemporary scholars and lastly, Alexandria Troas, since determined to be too recent to Homeric Troy, came a distant third.

Schliemann excavated at Bunarbashi during the summer of 1868 and visited other sites in Turkey including Hisarlik, apparently unaware of the standing of Hisarlik until at the end of the summer he dropped in on the archaeologist Frank Calvert. Calvert, a member of the British diplomatic corps in Turkey and part-time archaeologist, was among the decided minority among scholars; he believed that Hisarlik was the site of Homeric Troy, but had had difficulty convincing the British Museum to support his excavations. 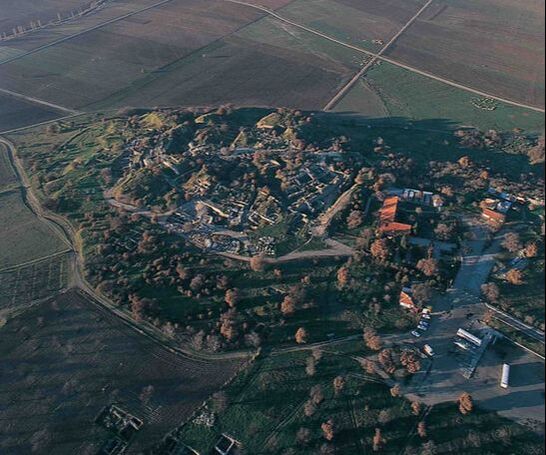 Aerial view of the excavations of Troy.
In 1865, Calvert had excavated trenches into Hisarlik and found enough evidence to convince himself that he had found the correct site. In August of 1868, Calvert invited Schliemann to dinner and to see his collection, and at that dinner, he recognized that Schliemann had the money and chutzpah to get the additional funding and permits to dig at Hisarlik that Calvert could not. Calvert revealed to Schliemann evrything about what he had found, beginning a partnership he would soon learn to regret.

Schliemann returned to Paris in the fall of 1868 and spent six months becoming an expert on Troy and Mycenae, writing a book of his recent travels, and writing numerous letters to Calvert, asking him where he thought the best place to dig might be, and what sort of equipment he might need to excavate at Hisarlik.

​In 1870 Schliemann began excavations at Hisarlik, under the permit Frank Calvert had obtained for him, and with members of Calvert's crew. But never, in any of Schliemann's writings, did he ever admit that Calvert did anything more than agree with Schliemann's theories of the location of Homer's Troy, born that day when his father sat him on his knee.
Schliemann's version of events, that he alone had identified Troy's location, stood intact for decades after his death in 1890. Ironically, the celebration of Schliemann's 150th birthday in 1972 touched off a critical examination of his life and discoveries. There had been other murmurs of irregularities in his voluminous diaries—novelist Emil Ludwig's meticulously researched Schliemann: The Story of a Gold Seeker in 1948, for example—but they had been scorned by Schliemann's family and the scholarly community. But when at the 1972 meetings American classicist William M. Calder III announced that he had found discrepancies in his autobiography, others began to dig a little deeper.

Even Schliemann’s identification of Troy II, one of the nine layers of settlement excavated at Hisarlik, has been proven to be wrong following later archaeological work, particularly at the site of Mycenae, Schliemann’s layer being at least 1000 years too early.

Was Schliemann a “gregarious, talented and extremely restless conman” or was he a gifted amateur with a flawed personality? It would appear he was a little of both. However, it is fitting that in history’s footnotes Frank Calvert has finally been given the credit he deserves for being the first to locate Troy.