The Silk Road is neither an actual road nor a single route. The term instead refers to a network of routes used by traders for more than 1,500 years, from when the Han dynasty of China opened trade in 130 B.C.E. until 1453 C.E., when the Ottoman Empire closed off trade with the West..​ 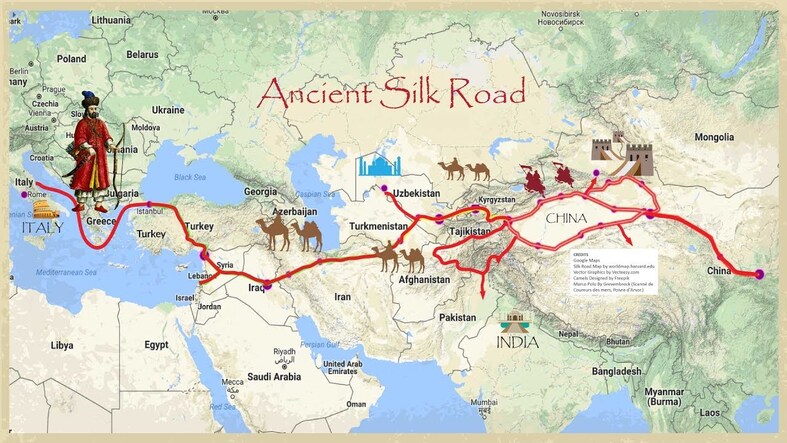 German geographer and traveler Ferdinand von Richthofen first used the term “silk road” in 1877 C.E. to describe the well-traveled pathway of goods between Europe and East Asia. The term also serves as a metaphor for the exchange of goods and ideas between diverse cultures. Although the trade network is commonly referred to as the Silk Road, some historians favour the term Silk Routes because it better reflects the many paths taken by traders.

The Silk Road extended approximately 6,437 kilometers (4,000 miles) across some of the world’s most formidable landscapes, including the Gobi Desert and the Pamir Mountains. With no one government to provide upkeep, the roads were typically in poor condition. Robbers were common. To protect themselves, traders joined together in caravans with camels or other pack animals. Over time, large inns called caravanserais cropped up to house travelling merchants. Few people travelled the entire route, giving rise to a host of middlemen and trading posts along the way.
​
An abundance of goods travelled along the Silk Road. Merchants carried silk from China to Europe, where it dressed royalty and wealthy patrons. Other favourite commodities from Asia included jade and other precious stones, porcelain, tea, and spices. In exchange, horses, glassware, textiles, and manufactured goods travelled eastward. 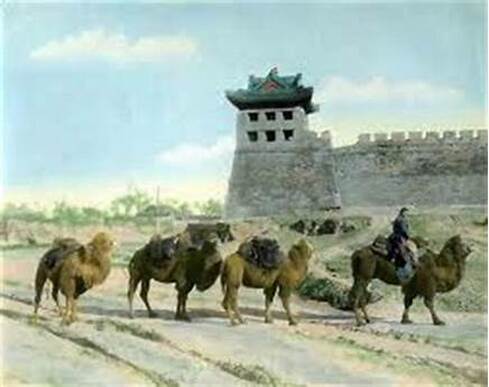 It is hard to overstate the importance of the Silk Road on history. Religion and ideas spread along the Silk Road just as fluidly as goods. Towns along the route grew into multicultural cities.The exchange of information gave rise to new technologies and innovations that would change the world.

​The horses introduced to China contributed to the might of the Mongol Empire, while gunpowder from China changed the very nature of war in Europe and beyond. Diseases also travelled along the Silk Road.

Some research suggests that the Black Death, which devastated Europe in the late 1340s C.E., likely spread from Asia along the Silk Road. The Age of Exploration gave rise to faster routes between the East and West, but parts of the Silk Road continued to be critical pathways among varied cultures. Today, parts of the Silk Road are listed on UNESCO’s World Heritage List. 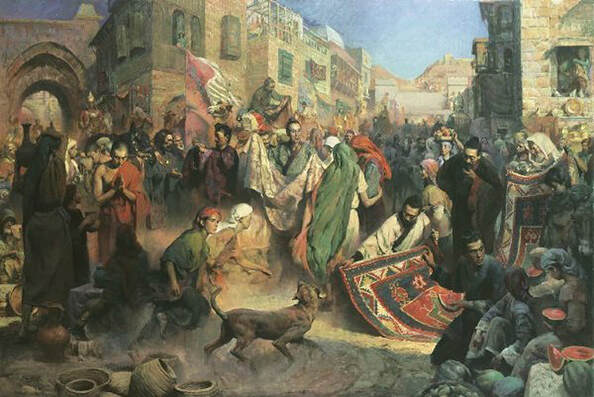 The Silk Road toward the west was opened by the Chinese in the 2nd century AD. The main road left from Xi'an, going either to the north or south of the Taklamakan desert, one of the most arid in the world, before crossing the Pamir Mountains. The caravans that travelled this route to exchange silk with other merchants were generally sizeable, constituting 100 to 500 people, as well as camels and yaks carrying around 140 kilograms (310 lb) of merchandise. The route linked to Antioch and the coasts of the Mediterranean, about one year's travel from Xi'an. In the south, a second route went by Yemen, Burma, and India before rejoining the northern route.

China traded silk, teas, and porcelain, while India traded spices, ivory, textiles, precious stones, and pepper, and the Roman Empire exported gold, silver, fine glassware, wine, carpets, and jewels. Although the term "the Silk Road" implies a continuous journey, very few who travelled the route traversed it from end to end; for the most part, goods were transported by a series of agents on varying routes, and were traded in the bustling markets of the oasis towns. The main traders during Antiquity were the Indian and Bactrian traders, followed by Sogdian traders from the 5th to the 8th century AD, and then followed by Arab and Persian traders.
​
In the late Middle Ages, transcontinental trade over the land routes of the Silk Road declined as sea trade increased. The Silk Road was a significant factor in the development of the civilizations of China, India, Ancient Egypt, Persia, Arabia, and Ancient Rome. Though silk was certainly the major trade item from China, many other goods were traded, and various technologies, religions and philosophies, also traveled along the silk routes. Some of the other goods traded included luxuries such as silk, satin, hemp and other fine fabrics, musk, other perfumes, spices, medicines, jewels, glassware, and even rhubarb, as well as slaves. 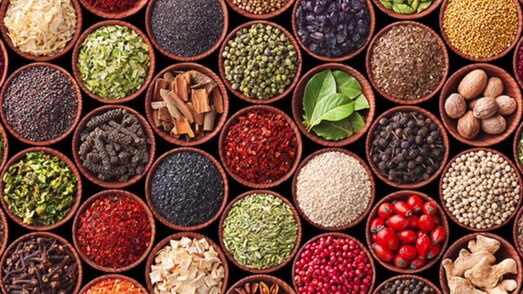 Spices as well as silk were valued commodities along the Silk Road.
Why China's Silk Road trade ended.
Technological changes, political changes in the Ming Empire, and European production of silk, porcelain and other traditional export products caused the decline of the Silk Road.

By the 1500s, European trading ships were regular plying Ming Empire coastal waters, and as travel by sea became easier and more popular, trade along the Silk Road declined. At the same time, it became more difficult to travel overland. Ship transportation was faster and more economical.

The conquest of the Byzantium Empire and the Ottoman control of western Asia kept Europe and the empires of the Ming and Qing separated from the West, and overland travel became dangerous. While trade of silk for furs with the Russians north of the original Silk Road continued, by the end of the fourteenth century, trade and travel along the route had decreased significantly.

In the 1400s, the Ming court policy shifted to isolationism, stopping Silk Road trade. Also, there was less of a demand for silk and porcelain in the West because they produced their own.

After this, some of the Central Asian Silk Road routes, especially those in high-mountain areas in Tajikistan, Afghanistan, China, Pakistan and India continued to be used until the beginning of the 20th century.