Greece has not one, but several symbolic flowers, thanks to the millennia old heritage and history through which these flowers were ascribed a high importance and meaning. While none have been officially adopted, there are some that are so deeply associated with Greece they may as well have been! 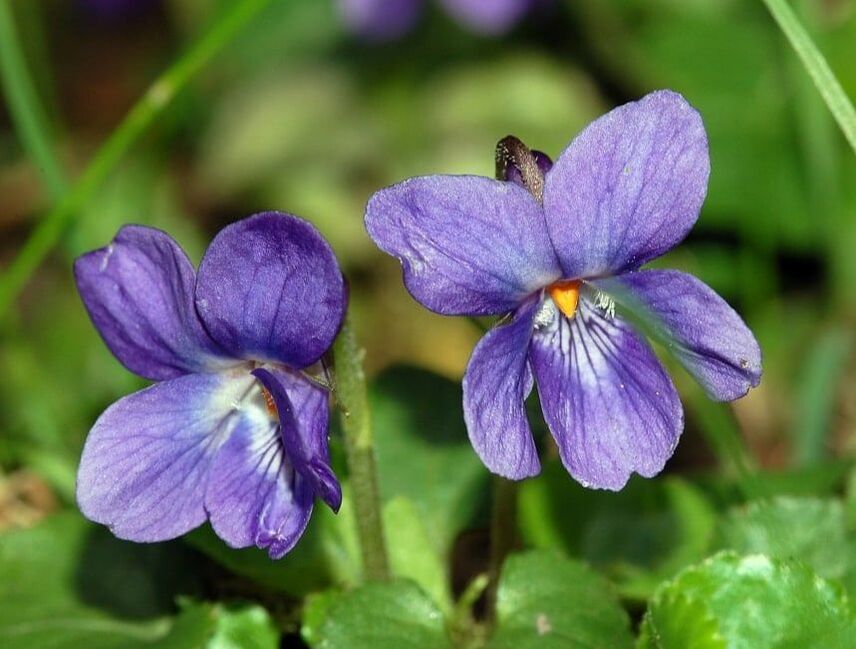 The Violet
The violet was the symbolic flower of Ancient Athens. There are many reasons for this. In ancient Greek, the violet is called “ion” which also happens to be the name of the legendary figure credited with founding Athens, Ion.

​Ion was leading his people, seeking a place for them to stay, when nymphs greeted him with violets, showing him the auspicious place for a new city, and that is where Athens was founded and built!

Violets, therefore, symbolize both Athens’ founder and Athens herself. Pindar, the ancient Greek lyric poet from Thebes, calls Athens “the city of the violet crown”. That’s because, during dawn and sunset, the dust and low humidity in Athens’ atmosphere made the light look purplish, in effect crowning the city in violet. You can still experience the effect today in clear days!

As Athens became Greece’s capital, the violet became one of Greece’s flower symbols. 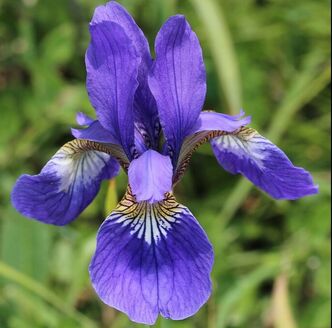 The Iris
Beside the laurel, that we mentioned before in our article, the national flower of Greece is the iris.

This beautiful purple flower with its striking leaves grows wild in the countryside. The iris is the symbol of hope for those who are struggling and it represents courage, endurance, resilience, and a great sense of humor.

​It is a symbol of strength and beauty and the Greek culture is renowned for its rich culture, music, literature, and history. 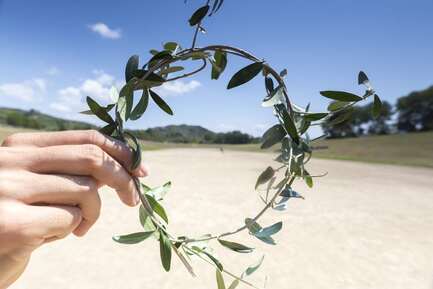 Laurel
If you look at the coat of arms of Greece, you will see the laurel. The laurel has always been prominent in Greece, from antiquity to the present. It is with laurels that the winners of the Olympic games were crowned, and it was Apollo’s symbolic plant.

Laurels were believed to have great spiritual powers of cleansing and enhancement for the mind and body. That’s why they were given both to the athletes in the Olympic games and to the acclaimed poets the Ancient Greeks wished to honour.

As the centuries passed, laurels became associated with glory and honour but also eternal endurance and eternal fame. That’s why the laurel came to symbolize all of Greece, for the nation’s endurance and Greece’s eternal fame and honour as one of the founders of western civilization and a proud warring people of defense and valour. 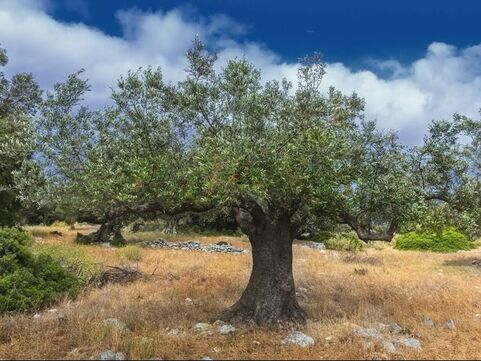 Olive
The olive tree has been deeply symbolic for Greece as far back as the laurel. Its special significance is rooted in the ancient legend of how Athens got her name- the famous contest between the gods Athena and Poseidon, seeking to win the patronage of the city: before the dwellers, the gods competed by displaying the gifts they would give to the city if the dwellers voted for them.

Poseidon threw his trident to the ground and a geyser of water sprang. Athena dug in her spear and from that spot sprang up an olive tree, ready and heavy with ripe olives. The city dwellers voted for Athena, and thus the city was named Athens, with Athena becoming the city’s patron goddess.

The olive tree symbolizes peace, mercy, and sustenance. Such is the connection of the plant to the symbolism that in Greek, the word for mercy is derived from the word for ‘olive’.
​
The olive tree and olive branch are the symbols of Greece, to signify the nation’s wish for peace and the importance the Greeks ascribe to hospitality and mercy.