Perhaps even more famous than the Filipino love of food is the love of music and dance, a unique blend of local and international genres and styles.  Karaoke and dancing venues are found on every corner and a simple family gathering is excuse enough for music involving every generation.
The music of the Philippines (Musika ng Pilipinas) includes a mixture of different Asian, Spanish, Latin American, American, and indigenous influences. Philippine folk music has a strong Spanish and Latin American influence, derived from when the country was under the Spanish crown for over 300 years.

​We’ve looked at the most popular styles, songs, dances, unique instruments and of course, karaoke!
​ 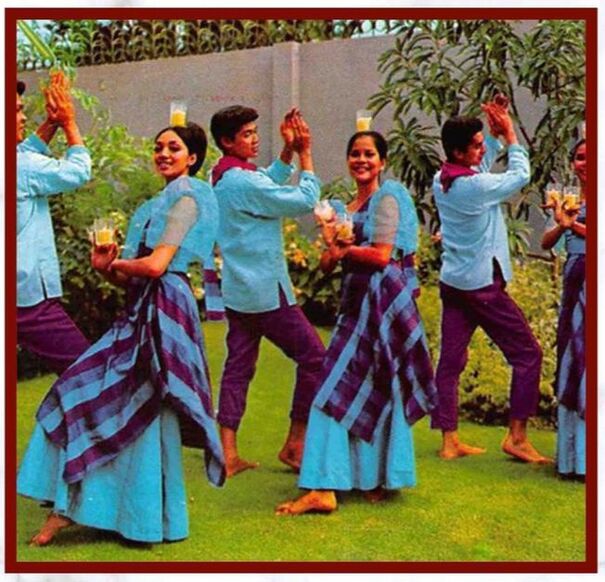 Pandanggo sa Ilaw. "Dance of Lights."
Indigenous music
Notable folk song composers include the National Artist for Music Lucio San Pedro, who composed the famous "Sa Ugoy ng Duyan" lullaby that recalls the loving touch of a mother to her child. The title means "In the Rocking of the Cradle”. Due to its popularity in the Philippines, it has been regarded by an entertainment writer in Philippine Entertainment Portal as familiar as the Philippine national anthem and has been interpreted and recorded by various Filipino artists.

Another composer, the National Artist for Music Antonino Buenaventura, is known for notating folk songs and dances. Buenaventura composed the music for "Pandanggo sa Ilaw", a very popular folk performed all over the country. It is said to have originated from Mindoro, the seventh-largest island in the Philippines and the ‘dance of lights’ simulates fireflies at dusk and at night.

The word pandanggo is from the Spanish fandango, a dance in 3/4 time. The phrase sa ilaw is Tagalog for “in light” and it refers to the three oil lamps that a dancer has to balance — one on the head and one on the back each hand. The oil lamp is called tinghoy. Sometimes, candles in glasses are used instead of an oil lamp. 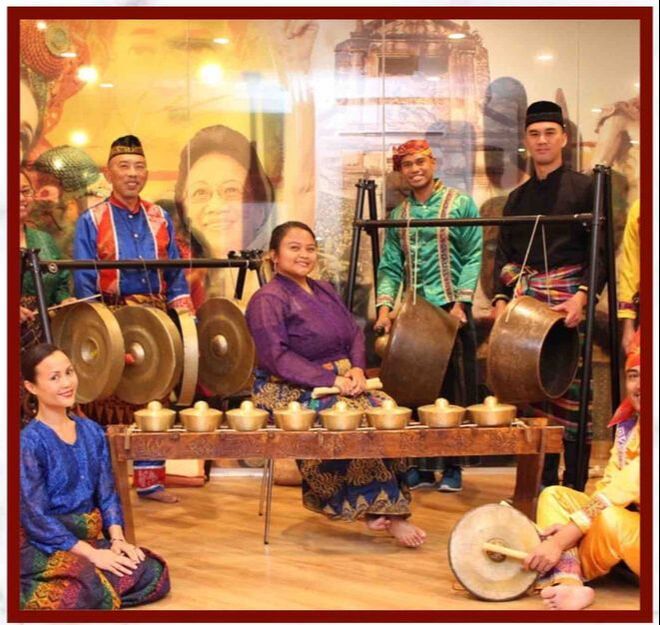 Pakaraguian Kulintang Ensemble
Gong music
​Philippine gong music today can be geographically divided into two types: the flat gongs commonly known as gangsà unique to the groups in the Cordillera mountains and the bossed gongs of Muslim and animist groups spanning the Sulu archipelago, much of Mindinao, Palawan, and the inlands of Panay and Mindoro.

Kulintang refers to a racked gong chime instrument played in the southern islands of the Philippines, along with its varied accompanying ensembles. Different groups have different ways of playing the kulintang; two major groups are the Maguindanaon and the Maranao. The kulintang instrument itself could be traced to either the introduction of gongs to Southeast Asia from China before the 9th century CE or more likely, to the introduction of bossed gong chimes from Java in the 16th century.

A Maguindanaoan kulintang ensemble plays for celebratory occasions such as festivals, weddings, engagement parties, and baptisms, as well as in musical competitions. Each kulintang song is family-specific and region-specific, and well-versed musicians can distinguish between regional and family styles of playing.
Hispanic-influenced music
Spain ruled the Philippines for over three centuries, and as such, Hispanic music in the Philippines is unique within the Hispanosphere where most musical forms and genres were derived almost exclusively from Iberian and some Mexican traditions, owing to the Philippine colony's orientation.
Rondalla
The rondalla is a traditional string orchestra comprising four-string, mandolin-type instruments such as the bandurria and laud; a guitar; a double bass; and often a drum for percussion. The rondalla has its origins in the Iberian rondalla tradition and is used to accompany several Hispanic-influenced song forms and dances.Orchestras and ensembles use a variety of traditional Filipino instruments such as the Kulintang. It is composed of eight bronze gongs sitting in a row, each with different pitches. Each gong is knobbed at the centre and is perched across two cords, allowing them to resonate freely when struck. Related instruments include the saronay or kulintang a putao, which has eight knobbed but otherwise flat and rectangular metal plates in a row, strung together by two cords; the babendil, a large gong with a narrow rim; and the agung, a pair of two large gongs with wide rims that taper towards the bottom, suspended vertically on one bar. These gong-based instruments are typically used together in a kulintang ensemble in Maguindanao an celebrations.
A kulintang ensemble will typically feature a dabakan, a traditional Filipino drum, and the only non-gong instrument of the group.

The Philippine bandurria is no ordinary string instrument. A descendant of the Spanish instrument of the same name, the local variation boasts 14 strings, one more pair than the traditional 12-stringed instrument. It is a key component of the rondalla, an ensemble of stringed guitar-like instruments frequently used in folk music like pandanggo sa ilaw. The laúd (or lute), octavina, guitar, and double bass are also part of the rondalla.

If the bandurria is remarkable for its many strings, the kudyapi is distinguished by having only two—one for the melody, and one that produces a constant drone sound. The strings run across the elongated wooden board, which has a boat-shaped body and a node fingerboard along the neck that allows the musician to alter the resulting tone. Also known as kutiyapi, hegelong, and kadlong in various languages, the instrument is popular in many Mindanao cultures.

The kalaleng or tongali, often used in ceremonies in the northern Philippines is a bamboo nose flute with one hole on the end of the flute and a number of finger holes along the body. Depending on the variation, the holes may all be aligned on one side of the body or might be split between the top and bottom—for example, some split-reed bamboo flutes have three holes on top and one at the bottom. The gentle sound of the flute is believed to attract rice and help the rice plants grow!

Often called the bamboo xylophone, the gabbang is commonly found among the Palawan, Sama, Tausug, and Yakan, with varying configurations among different ethnic groups—the number of keys can range anywhere from 3 to 22. The bamboo keys have varied graduated lengths, are lined along the trapezoidal base, and are struck with wooden beaters.
​
The kubing is a truly unique musical instrument and is far smaller than the others we’ve mentioned. The elongated bamboo jaw harp produces a distinct sound controlled by the force of air blown through the split opening by the user as they flex and release the prong on the righthand side. Hailing from Mindanao—more specifically, Muslim communities in the region—the kubing is a principal instrument in courtship rituals between men and women.