An edition of GDM wouldn’t be the same without a list of ‘fun facts’ about our subject. So, here’s what we’ve discovered about the Philippines for your edification and entertainment!

1:   Fertilised duck embryo is the national street snack. Known locally as ‘balut’, this cheap street eat certainly won’t be for everyone! It’s a fertilised duck egg, incubated for 2-3 weeks before being steamed and finally eaten. If you’re brave enough, you can read more about this ‘very popular delicacy’ in Euphoria Snaks’ column HERE.

2. The positioning of the Filipino flag indicates whether the country is at war. The national flag of the Philippines has a lot of hidden meaning. On the surface, it looks much like other flags, however, when you see it being flown upside down, this indicates that the country is in a state of war. On the flag, there are horizontal bands of blue and red, with a white equilateral triangle at the side. In the triangle, there is a yellow sun. It has eight rays of light emitting from it, each designed to represent a province. Also in the white triangle, there are three yellow stars which represent the main island groups. 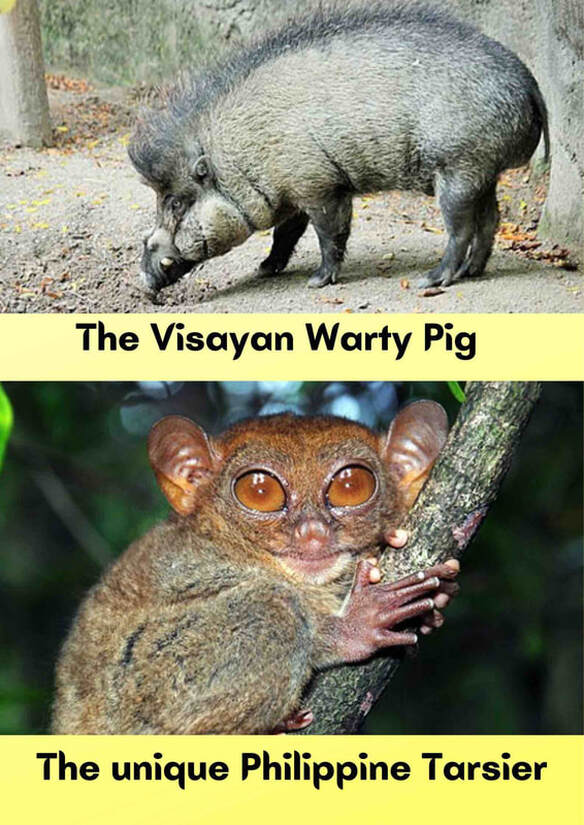 ​6. The Philippines is one of the world’s 17 megadiverse countries. Exhibiting a huge amount of biodiversity, the Philippines is one of seventeen countries deemed to be megadiverse. This means that it is home to at least 5,000 endemic species of plants. It also borders marine ecosystems.  Ranking fifth in the world for the number of plant species, the Philippines houses 5% of the entire planet’s flora. Alongside its incredible plant diversity, there are also 700 threatened species living there, including the Visayan Warty Pig.  The Philippine Tarsier is another unique animal endemic to the country.

​7. Many Tagalog words are the same as the Spanish equivalent. The ethnic Tagalog people make up a quarter of the population in the Philippines. Many Tagalog words derive from Spanish words, harking back to the country’s Spanish colonisation, and in the late 16th century, Spanish was the official language.  A few examples include:
·       O – meaning ‘or’
·       Basura – meaning ‘trash’ or ‘rubbish’
·       Regalo – meaning ‘gift’ or ‘present’
·       Merienda – meaning ‘snack’
·       Tío/Tia – meaning ‘uncle/aunt’

​8. Unlike other Asian countries, the Philippines is predominantly Catholic. Asia is a hugely varied continent which has birthed many religions, including Taoism, Hinduism, Buddhism, Islam and Sikhism among others. Hinduism and Islam are the most populous religions in Asia as a whole. In the Philippines, the dominant religion is Catholicism. It is the only country in Southeast Asia which is Christian. More than 86% of the population identifies as Roman Catholic and religion is still a big influence in the country. 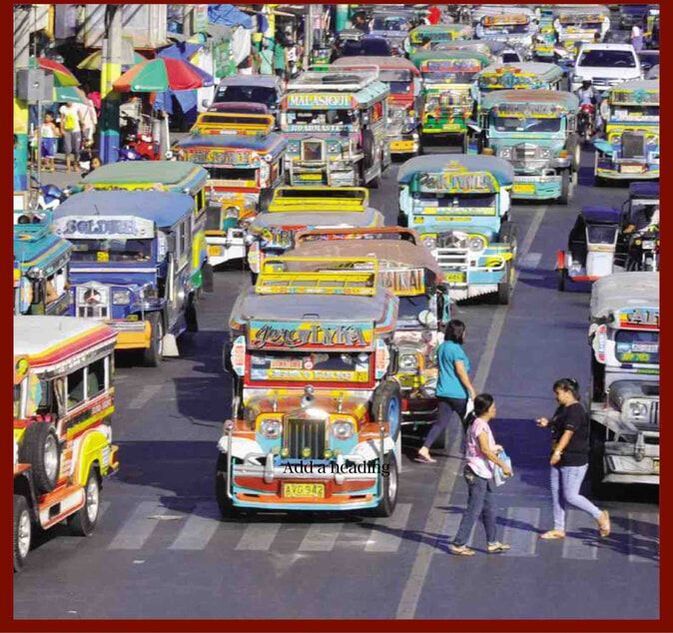 ​12. There are 20+ earthquakes every day in the Philippines. Situated on the western edge of the Ring of Fire, the Philippines is a country rocked by freak weather events. The country sits along not just one but five different fault lines, meaning that earthquakes are common. Experts estimate there are 20+ earthquakes every day across the country, however, many of them are too weak to be felt. This would indicate that they are below a magnitude of two.

13. 13 is an unlucky number. Triskaidekaphobia as a concept isn’t all that unusual. Fear of the number 13 has permeated cultures everywhere but is believed to have stemmed from Christianity. During the Last Supper, Jesus shared his bread with his 12 apostles. The 13th person in the room was Judas, the individual who would later betray Christ. As the Philippines is a strongly Christian country, it is no wonder that these beliefs are so prominent there. In fact, you will rarely find the 13th floor in the Philippines, because people are too superstitious to use it.

14. A monkey-eating eagle is the national bird. Testament to the country’s biodiversity is the Philippine Eagle, a macaque-eating soarer of the skies. The eagle has a shaggy crest with a brown and white plumage, making it easy to recognise. Unfortunately, the Philippine eagle is critically endangered and if you are found to have killed one, you could be sentenced to 12 years in prison, as well as being slapped with a hefty fine!

15. The Philippines is home to the planet’s longest snake. The reticulated python is the longest snake in the world. It can be found in the jungles of the Philippines, as well as in other Asian countries. With (possibly questionable) reports of some reaching up to 10 metres in length, they kill by constriction. Usually, they will hunt small mammals and birds, however, they are one of the snake species to have been classified as a danger to human life.

16. The Philippines supplies more nurses globally than anywhere else. Nurses are always in high demand the world over which is why so many nurses are sourced from overseas and the Philippines supplies more nurses internationally than any other country. That’s pre-COVID, of course but will increase again as soon as possible. The reason for this began in 1903 and continued until 1940, when the United States created ‘the pensionados’ scheme. This study abroad programme aimed to train internationals as nurses. Many Filipinos that headed to the States to qualify stayed to work but a huge number also went home and founded their own nursing schools. This led to a boom in the industry and cemented Filipino nurses as some of the world’s best and most in-demand. 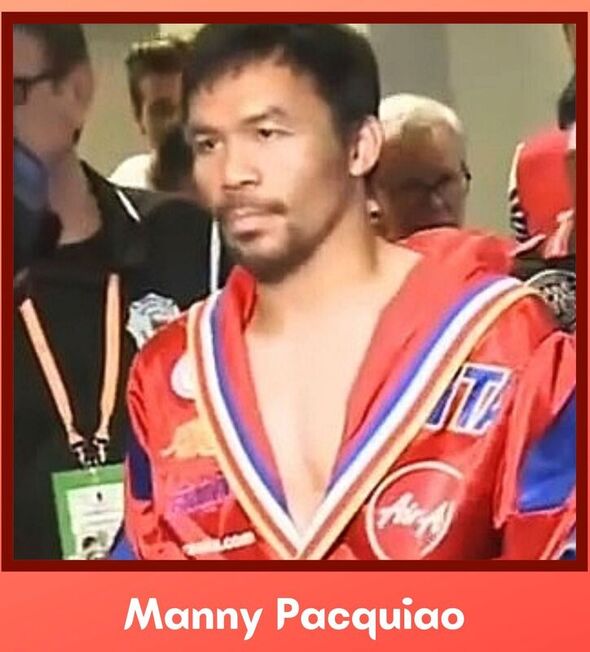 17. When Pacquiao fights, there is no street crime in Manila. Manny Pacquiao, affectionately dubbed PacMan by Filipinos, is nothing short of a national treasure. The professional boxer has a unique way of bringing people together and according to local media, the streets are made safer when he fights.
​
According to the Philippines National Police, no crime was committed in Metro Manila during the legendary fight between Pacquiao and Mayweather Jr. In fact, there were only a few incidents recorded across the country as a whole! He actually ran for President of the Philippines in 2022!

18. San Miguel is not a Spanish beer – it’s Filipino. With a name like San Miguel, you could be forgiven for assuming that this beer is Spanish. However, this world-famous lager is actually from the Philippines. The story of San Miguel beer starts back in 1890 when it was first produced by La Fabrica de Cerveza de San Miguel. After receiving the Royal Grant from the Spanish king to make beer, the company opened its first brewery in the centre of Manila. In 1963, the company was renamed the San Miguel Corporation, to signal its expansion into other markets. The beer was introduced in Spain in 1946. Despite its global gallivanting, San Miguel is still the best-selling beer in the Philippines today.