By Euphoria Snaks
However, like Imelda, I will admit to a ‘collecting fetish’ … not shoes, in my case, but fascinating facts about food that amaze, defy imagination or possibly even cause severe nausea and insomnia.

Such are my findings in the wonderful world of Filipino food, the result of an eclectic history of heavy influencers such as Spain, China, and India. The upshot has led to a mix of very traditional tropical dishes to the truly exotic and weird.  Ant caviar? Stinky Coffee? I rest my case.
But as always, I’m just naturally nosy and holding my nose, I’ve gone on a journey of Filipino food from ‘OK – I’m up for a taste’ to ‘not even if you give me my own cooking show’… follow me at your own peril!
​ 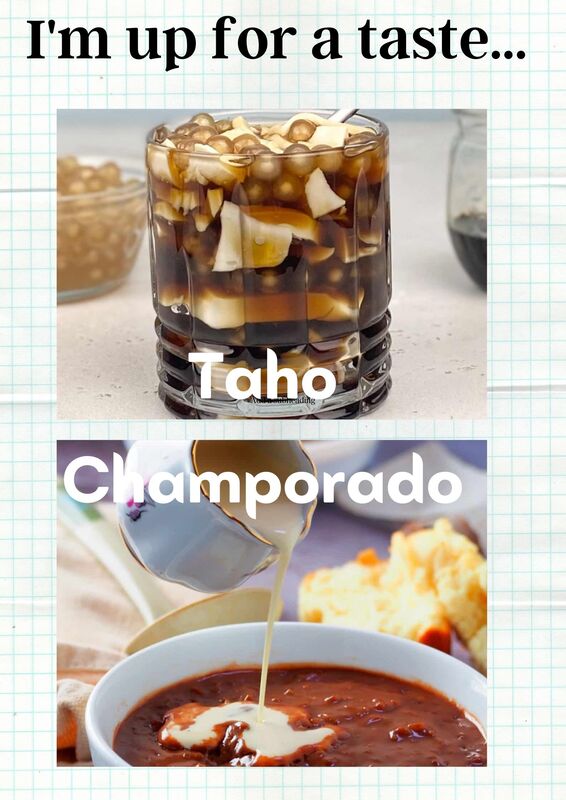 Taho
This is a common street food snack made with tapioca pearls, a syrup called arnibal and silken tofu (a soft, squishy style of soybean curd). It’s primarily eaten as a dessert in terms of the mix of ingredients and does have enormous appeal based on good looks. The contrast of dark syrup and black tapioca layered with snow-white tofu places is relatively appealing and is definitely worth a try, even if the combination of tapioca and tofu is confronting.

Champorado
A chocolate-based warm, thick beverage, the main ingredients are chocolate, sticky rice and salted dried fish. Yes, bizarre after the first two. Originally a Mexican invention, it’s a legacy from the time the Philippines were a part of the Spanish empire; trading boats leaving Mexico spread the brew (which may also contain alcohol!), to the Philippines, who swapped Mexican corn for the sticky rice.
​

Soup number Five
This Filipino soup is prepared with unusual key ingredients – bull's penis and testicles. Other ingredients include a plethora of (mostly) herbs and spices such as chili peppers, green onions, lemongrass, ginger, onions, garlic, salt, sugar, pepper, fish sauce, beef broth, and oil. The soup is thought to be an aphrodisiac and to have healing properties. It's also very popular as a hangover cure and a pulutan – a dish that's eaten while drinking alcohol. 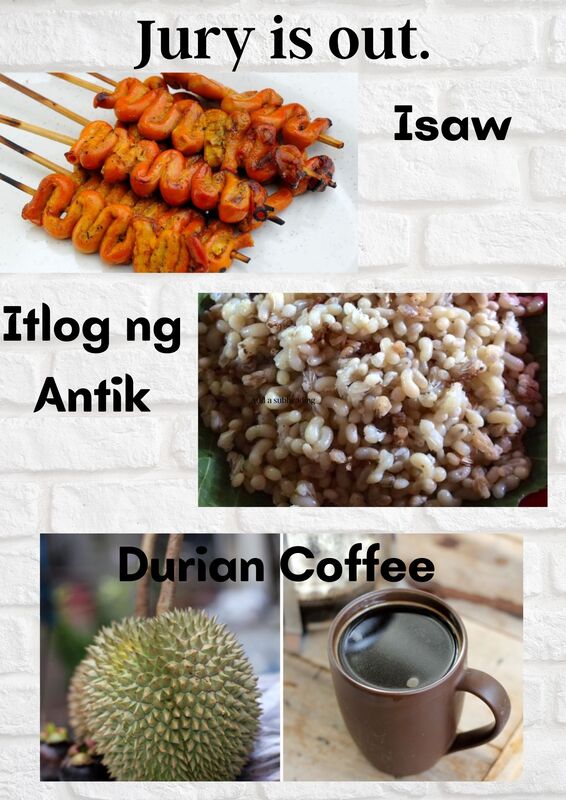 Isaw – (Skewered Pork Intestine)
I wonder if its name is actually ‘eyesore’? This is pig's intestine (up to 60 feet!) washed thoroughly before being boiled in a vinegary-spicy mixture and skewered on bamboo sticks. It is then grilled on live coals until ready. Out on the streets, the Isaw is normally grilled right in front of the customer. Served with a spiced vinegar dip, it’s very cheap and popular with students. All I can say is thank heavens I’m not a student anymore.

Itlog ng Antik – (Ant caviar)
Antik is a type of weaver ant who isn't afraid to use its sharp teeth to defend itself. Itlog is the Filipino word for eggs, so itlog ng antik means ant eggs. It’s considered a delicacy prepared sauteed or stir-fried with onions, cloves, tomatoes, and eggs or cooked adobo style, but other adventurous foodies prefer to eat it raw. Jury is out for me on this one.

Durian Coffee – Stinky Coffee
Once you've had an encounter with durian (known as ‘the king of fruits’), it's not something you'll forget. This famously stinky fruit is the peak of “love it or hate it”. Durians are banned in many hotels around the world because the smell can easily overpower not only your own room but the neighbour’s, too. It's been compared to the smell of rotten flesh, rotten onions, and sewage.
Love or despise, the fusion with coffee is heaven for those who can’t get enough of it. It is said to have some health benefits such as reducing stress, improving stamina and reducing fatigue. I have only smelt durian once and I can guarantee I won’t be enjoying this coffee repast! 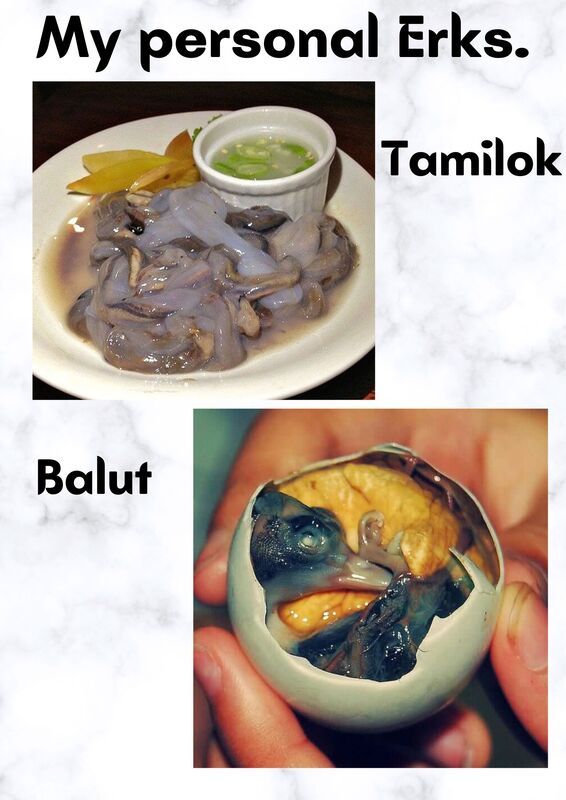 Woodworm – (Tamilok)
​I totally understand that foods some people think are positively revolting are delicious delicacies for others. Woodworm absolutely falls into the category of personal taste (however questionable) and is (understandably) mostly eaten in only a few regions of the Philippines.
​
Although this creature eats and lives in the wood, it is actually a mollusc, like a mussel or an oyster, which explains its slimy body. They thrive in saltwater conditions, usually found in decaying, rotten logs or thick tree trunks submerged underwater in swamps-like mangroves. They die as soon as they are exposed to air.

It is either eaten raw, ceviche style, called ‘kinilaw’, or served cooked, sometimes with some wasabi for dipping, at big gatherings or celebrations with family. No further comment… your choice!

Balut - A fertilized duck egg
Asian delicacy. And yes, this wins the Euphoriant prize for erkiest dish of the entire Philippines.

Simply, Balut is a cooked egg of a growing duck embryo eaten from the shell. Its lid must open to suck out the soupy ‘stuff’ within. Each mouthful of balut must contain a little of the embryo and the yolk to appreciate the experience fully.

It’s been described as an exotic food that comes from another planet. It’s even made it to western TV shows like Fear Factor and Survivor.

Academic articles have been written to comprehend the popularity of this strange food. It’s not unique to the Philippines, of course; in China and Vietnam, people have fermented bird eggs to preserve them for longer in times when refrigeration was unavailable. The Chinese for balut is “maodan” meaning “hairy egg”.
​
Chinese traders brought these hairy eggs to the Philippines as far back as the 1500s, but it wasn't until WW2 food scarcity that Balut become a mainstay in the Filipino diet. It’s also one of the main reasons ducks are now raised in the Philippines with roughly 45,000 tons of duck eggs produced yearly. I still think it’s erky.

A few other dishes also rate on the Erk scale, not the least of which is Dagang Bukid, or cooked field rats. I’ve chosen not to pursue any more detail for this article – even I have limits.
​
If this food fact-finding journey hasn’t put you off Filipino cuisine entirely, then hurry off immediately to the GDM food section and discover some truly fabulous (honestly!) recipes that you and the family can really enjoy. You’ll find it all HERE.
Mabuting gana!
​