Every year, thousands of food festivals take place in every corner of the Mediterranean region,
and Greece, with its universally applauded ‘healthiest diet in the world ‘, celebrates with
locals and tourists alike!
This list introduces some events which are specifically dedicated to Greek ingredients; elements that are popular in Mediterranean diets and offer diversity for many delicious meals. Many of the festivals are held during the glorious Greek summer months, so start making your festival itinerary now!​​ 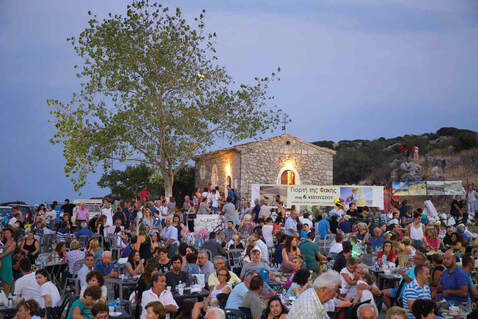 It’s part of an annual mystical ritual that honours the area’s reputation for producing the best lentils in Greece due to its unique soil and climate. Accompanied by folk dances and songs, guests eat traditionally made lentils along with salted sardines and olives, all prepared by local women. And, of course, there is always plenty of wine! 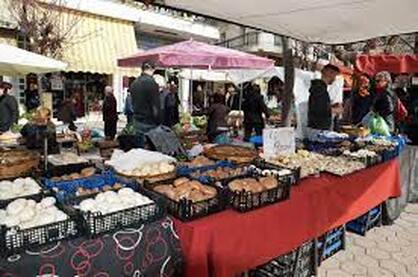 The Mushroom Festival
Located in Northwestern Greece, the town of Grevena is speckled with over 2,600 species of wild mushrooms – it’s the country’s mushroom capital. This statistic makes it an obvious choice to host the Panhellenic Mushroom Festival in June.  The large area of green forests provides visitors of the event with opportunities to go hiking and participate in educational seminars and tours around the wooded areas.
​
One of the best parts of the festival is, obviously, the opportunity to sample various delicacies such as mushroom jam, truffles, mushroom liqueur, mushroom pickles, along with numerous pastas and other dishes which incorporate mushrooms. 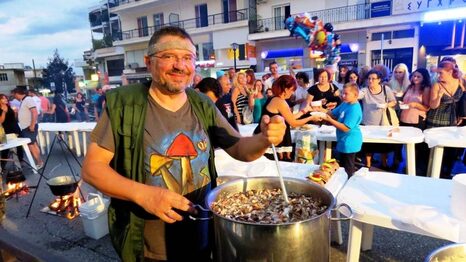 The Snail Festival
Although France is famously known for eating snails, many families in Crete may have a snail meal weekly. A small village in Vlaheronitisa, Crete, holds a Snail Festival where travellers arrive every August to enjoy the wide range of preparations from fried, sautéed in butter and served with artichoke to many more styles of cooking. Snails are usually accompanied by Tsikoudia - a fragrant grape beverage with an alcohol content of about 60%!
Greek Honey & Bee Products Festival
The star of this annual December event is the famous Greek honey. The three day festival comprises seminars about honey, tastings, children’s shows, cocktail-making, and bee-keeping demonstrations and aims to promote national honey and its by-products to the world. 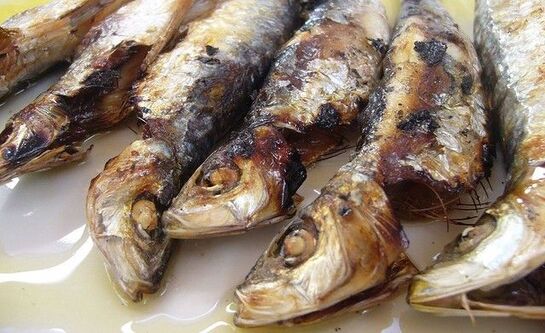 ​Sardine Festival
The town of Skala Kalloni, a city on Lesvos Island in the Aegean Sea is home of the best sardines in Europe. During the first week of August, the town’s main square is transformed into one large open-air restaurant, which is devoted to showcasing the tasty fish.

Guests can sample pastes (fresh sardines that were caught that morning and salted on the boat), grilled, and fried sardines.

Local music and performances, and ouzo naturally, are offered alongside the various sardine themed dishes.
The Eggplant Festival
The fishing village of Leonidio is home to a special type of sweet eggplant known as tsakonikes. The eggplant is grown without pesticides and is one of the relatively few products to receive Protected Designations of Origin (PDO) status. The festival is held each August and features a traditional cooking competition (the only rule is “use eggplant”!), music, and the opportunity to sample dozens of eggplant dishes.

The Artichoke Festival
Every May, the village square of Komi (on Tinos Island) celebrates one of the staples of the Mediterranean diet, the artichoke.

​Local producers begin the work of cleaning more than 10,000 artichokes ten days in advance of the festival. They are then prepared in dozens of ways including with vinegar, fried, stuffed, in omelettes and soufflé, au gratin, and artichoke moussaka and served to guests in the central village square. 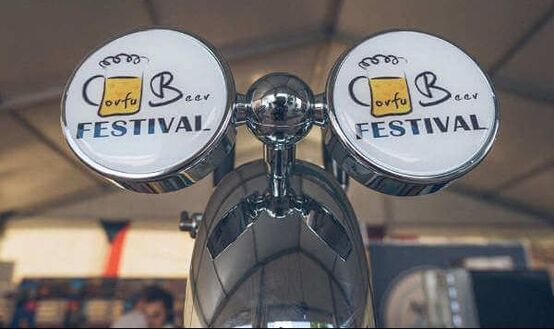 The Corfu Beer Festival
If for some reason you need further incentive to visit the stunning beaches and landscapes of Corfu, you can use the Corfu Beer Festival as an indisputable reason.
​
The five-day festival summer festival is another of the more recent annual festivals and offers free admission.  Each year the festival’s organisers select one country to be featured during the festival, highlighting their local and national beverages, alongside those of the Corfu brewers and distillers.
​
The festival not only highlights beer, but also includes local cuisine and that of the featured country, along with arts, music, and daily performances. 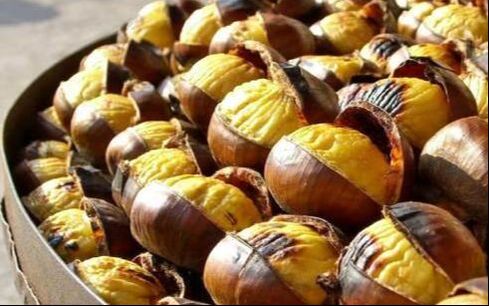 The Chestnut Festival
The hillsides surrounding the small village of Elos in Crete are covered with chestnut trees. Every October the residents of Elos and the surrounding villages gather to celebrate their favourite nut. The festival is fairly small and attracts mostly locals along with a small number of tourists.

​Those that do attend are treated to local performances along with roasted chestnuts and chestnut sweets accompanied by lots of honey tsikoudia (a fragrant grape beverage which has an alcohol content of about 60%).
​Festivals are a must-see as you travel and explore Greece. Celebrations like these provide a great insight into the culture and cooking style of this nation. In addition, they will open your mind to the possibility of flavors in your own kitchen, (try making some mushroom jam on toast). And it’s difficult to attend one of these galas without some song and dance! So enjoy the tunes and activities while you wander around Greece and enjoy the delicious and iconic food.