It was all started by authors who were novelists, many of them quite popular and respected in their time and the mystery was initially perpetuated by them.

The mystery started to catch attention in 1952 when George Sand wrote an article in the American magazine FATE, which focuses mainly on paranormal anecdotes. He wrote about incidents like Flight 189, a training flight of 5 torpedo bomber planes, all of which went missing on a routine training session in 1945 and never returned.

In February 1964, Vincent Gaddis wrote an article “The deadly Bermuda Triangle” in the American pulp magazine ARGOSY and he was the first to define the boundary of the triangle. In his article he mentioned that Flight 19 and other incidents of disappearances in the Triangle fall into a pattern of strange events. In 1965 he went ahead and expanded the article into a complete book titled “Invisible Horizons”. 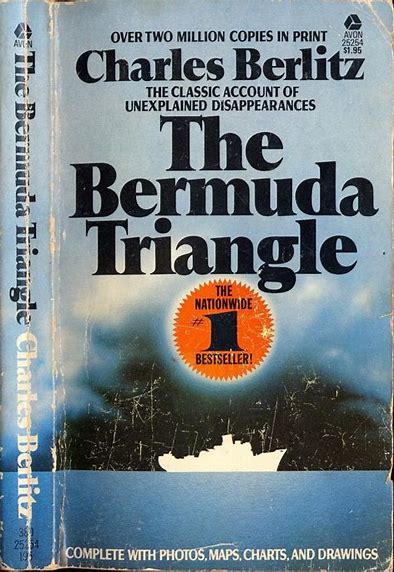 But in 1974, the best-seller, “The Bermuda Triangle” by Charles Berlitz, took the world by storm. Nearly 20 million copies were sold in 30 different languages. Berlitz was a believer in the paranormal and tried to connect the Lost City of Atlantic to the Bermuda Triangle incidents and several disappearances to the extraterrestrial.

Over time many attempts have been made to explain the Triangle with the help of science, natural phenomena and even the paranormal.

One explanation was based on Methane hydrates, highly flammable crystal-like compounds that lower the density of water causing ships to sink, though this has never been seen or identified in the area.

Another theory was the Compass Variation. It was said that the Triangle is a place where a compass points to true north, the geographic North Pole, and captains failed to make the necessary adjustments. The fact is, a compass always points to Magnetic North and not True North. However, there is a narrow channel in the BT where the angular difference between these two Norths becomes zero so that they appear to be in a straight line to ships. Unless a compass variation is adjusted by the captain, the ship could end up miles aways from its targeted destination. But captains are well trained in this necessity.

There were also theories based on an Electronic Fog that would appear from nowhere and engulf a ship or plane causing it to disappear.

Another theory that became popular involved the Sargasso Sea, an area in the North Atlantic bounded by ocean currents on all sides. The exceptionally calm sea, still winds and vast, dense sea weed that floats on the water surface would have stranded sailing ships in the early days, and although several derelicts were found here, in modern times any ship could easily steam through this area.

Believers in the paranormal offered several supernatural explanations. These included the mythical city of Atlantis that lay beneath the sea, able to destroy ships and planes with its powerful crystal energy, aliens capturing aircraft for experimentation and time-warp effects that take ships, planes and people into different time zones and space.

So what are the facts?
Documented evidence from scientific research shows that in most cases, where adequate information could be gathered, it was found that the incidents were caused by equipment failure, human error or violent weather conditions, so the mystery of the Bermuda Triangle has been debunked.