The world's most unusual zoos

A trip to the zoo is a fun activity for all ages, and zoos around the world are usually high up on any tourist’s to-do list. These zoos, however, give visitors a chance to see amazing animals from around the globe, and to help with the conservation of endangered species! 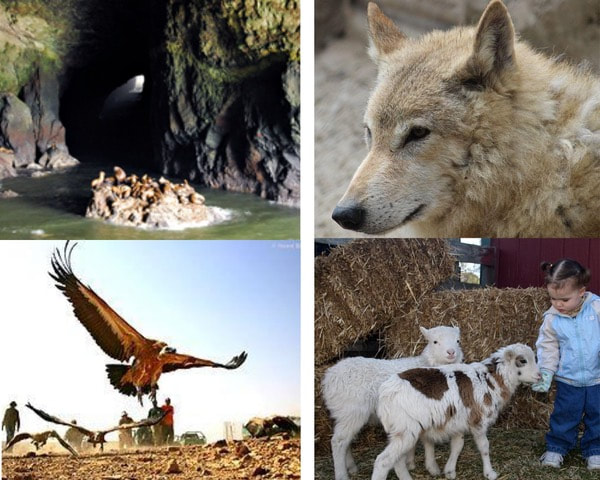 Oregon's Sea Lion Caves are the only known mainland rookery and wintering home of the Stellar Sea Lion. The system of sea-level caves also provide sanctuary for the California Sea Lion and serve as a resting place for a variety of birds, from Tufted Puffins to Bald Eagles. There's even a whale watching deck from which visitors can see Gray Whales and migrating orcas.
​
2. The High-Altitude Zoo
​
The only specialized zoo in India and the largest high-altitude zoo in India, Padmaja Naidu Himalayan Zoological Park (a.k.a. Darjeeling Zoo), specializes in breeding animals for alpine conditions, including Snow Leopards, Tibetan Wolves, Red Pandas, and Himalayan Newts. The zoo is also home to Blue Sheep, Blood Pheasants and Bhutan Grey Peacock Pheasants, Satyr Tragopans, and Himalayan Monals.

The Tisch Family Zoological Gardens in Jerusalem, also known as Jerusalem Biblical Zoo, highlights a collection of animals featured in the Hebrew Bible. The narrow focus has been difficult for the zoo to maintain, since many of the Bible's animals are now extinct in Israel. The terms used in the Bible to name animals are also somewhat ambiguous, leading to some uncertainty over which animals are actually discussed. The zoo now includes a variety of endangered species in addition to the biblical animals, and it has become known for its breeding programs, which have enabled it to reintroduce at least 11 species to Israel's nature reserves.

In 1966, a public park and petting zoo called Old MacDonald's Farm opened in Hampton, Virginia. Designed like a working farm, the park showcases farm animals and fowl as well as Virginia-native wild animals. Now known as Bluebird Gap Farm, the park intends to expose kids to animals in a farm setting, to which they would otherwise have very little exposure.

The U.S. is home to at least 35 butterfly gardens, homes, and exhibits, but the oldest is Florida's Butterfly World, which opened in 1988. (Butterfly World also holds the distinction of being the world's largest butterfly park.) In addition to approximately 5,000 live butterflies, the park also houses the U.S.'s largest free flight hummingbird aviary, an enclosure in which visitors can feed Lorikeets, tropical birds, botanical gardens, a Bug Zoo with live bugs, and an Insectarium of mounted bugs and butterflies. 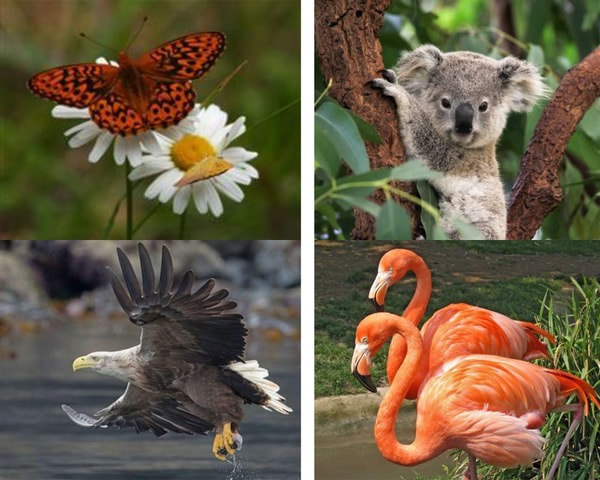 Australia, naturally, is home to the world's oldest and largest koala sanctuary, Lone Pine Koala Sanctuary. In addition to the koalas, the sanctuary is also home to other Australian animals, including kangaroos, Tasmanian devils, wombats, echidnas, parrots and cockatoos, reptiles, and a platypus.
Visitors have the rare privilege of being able to hold koalas for a fee. They can also feed and pet free-roaming kangaroos and feed nectar to lorikeets.

7. The Home for Birds of Prey

The International Centre for Birds of Prey is located in Gloucestershire, England, and houses some 60 species of owls and other birds of prey. At any given time, the Centre has about 20 to 40 trained birds residing in its Hawk Walk, an assortment of birds that rotates throughout the year to give the birds a break from the spotlight. The trained birds are used in flying demonstrations at the ICBP.

Long before Disney built Animal Kingdom in Florida, England had an amusement park that offered a zoo, rides, and a resort all in one. Flamingo Land, which opened in 1959, is named for its popular colony of pink flamingos, some of the first animals housed at the park, but today the zoo is home to more than 120 species of animals.

9. The World's Most Northern Zoo

Norway's Polar Zoo is the world's most northern zoo and the zoo with the biggest area per animal ratio. Spread over 114 acres, the zoo focuses on creating a "Scandinavian wilderness experience," showcasing animals in their natural habitats. The cold-weather animals include wolves and bears as well as red deer, reindeer, moose, and musk ox.

10. The Harem's Zoo
​
Egypt's Giza Zoo, an 80-acre zoological garden encompassing Giza's largest park, first opened in 1891 on land that was once part of the harem gardens. The original collection of animals was taken from the private menagerie of Imsa'il Pasha, the Khedive of Egypt from 1863 to 1879. The harem building itself served as a natural history museum from 1890 through 1902. Today, the zoo houses a wide variety of animals, but the architectural and botanical features are just as fascinating. The garden roads are paved with black stone flags from Trieste, and footpaths are done in mosaic designs. The zoo includes a suspension bridge designed by Gustave Eiffel (of Eiffel Tower fame) that allows visitors to view the animals from above; it is thought to be the world's first elevated viewing area in a zoo. There are also five grottos and a Japanese building.