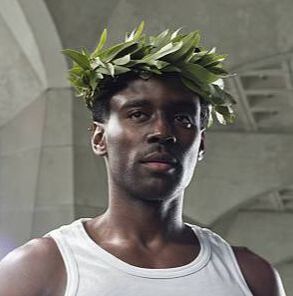 The power of flowers has long been interpreted by designers, artists and florists since drawings in Egyptian pyramids from 2800 BC, but it seems that is was the ancient Greeks from around 600 BC who began to use flowers more for adornment. Herbs were frequently used with the flowers, and as garlands and wreaths and it became common for flowers to be used for religious functions.
​
Long before makeup or millinery or jewellery, our first adornments were plants and flowers, and our love for them was — and is — universal. But how and why we wear them has shifted over the years, from the laurel wreaths of the ancient world, bestowed on victors (and deemed so necessary to the functioning of a martial culture that Darius III of Persia, in the fourth century B.C., kept 46 men employed just to weave them), to the floral crowns donned by animists in medieval Europe to dance around maypoles and welcome spring. 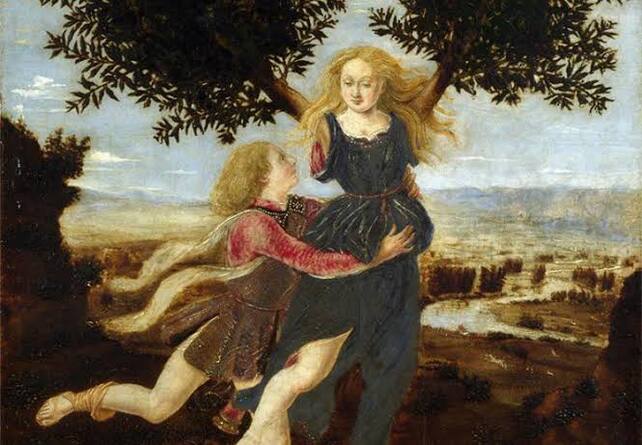 The flower crown is today a fashionable accessory synonymous with Coachella revelers and boho brides, but it’s not new: wearing leaves and flowers as a headpiece has a rich history dating back to the ancient classical world.
Ancient gods and goddesses were often represented in art and literature wearing specific plants dedicated to them. In Ovid’s Metamorphoses, the beautiful nymph Daphne manages to escape her pursuer, the god Apollo, by turning herself into a laurel tree. Apollo cuts off a branch from the tree and exclaims, “Although you cannot be my wife, you shall at least be my tree; I shall always wear you on my hair, on my quiver, O Laurel.” He keeps his word, and as a result is often depicted wearing a laurel wreath as a symbol of his love for Daphne. Apollo is the god of poets and writers, and the term poet laureate that we use today comes from this myth.
In the past century, there was Frida Kahlo, her plaits threaded with blood-red dahlias; Billie Holiday, rarely onstage without gardenias sweeping down over her left ear, the blossoms nearly as large as gramophone horns; Joni Mitchell, in a daisy-chain crown, asking for peace, love and understanding; and the modern-day women that emulate her, in festivals from Glastonbury to Coachella. 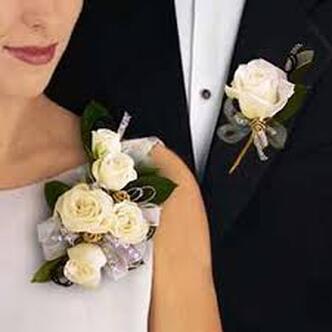 A Boutonniere represents the quintessence of masculine luxury, and it makes a positive statement of personal flair and sophistication. Its history dates back to the 16th century;  "boutonniere" is the French word for “buttonhole flower.” Initially, the purpose of wearing a boutonniere was to ward off bad luck or evil. It was the male equivalent of the bridal bouquet, having the same significance and purpose of protection against odours and diseases. Despite its long history, boutonniere is still part of the male costume, though mainly for special occasions such as weddings.

The 19th century brought with it the enthusiasm for nature, specifically in the Romantic Movement, and the boutonniere became a very fashionable accessory as a splash of colour for a sober outfit. Toward the end of the 19th century, the boutonniere was largely accepted as the mark of a man who was very careful in his dress. The choice of a fresh boutonniere was as important as choosing a pair of well-polished shoes. The flower on the lapel was on the list of men’s accessories of the day, which also included designer watch chains, cigar cases and jewelled pins.
​
The idea of wearing a flower on the lapel survived the tumultuous times of World Wars I and II as a sign of remembering La Belle Époque. The movies of the first decades of the 20th century portrayed a style in which the boutonniere was omnipresent as a mark of elegance and masculinity. Cary Grant and Clark Gable became masculine prototypes, with their black suit always accompanied by a discreet boutonniere.
Nowadays, boutonnieres are mainly part of the male wedding costume, and they often match the style of the bridal flowers.
​
Corsage used to refer to the bodice of a woman’s dress and because most often women had a bouquet adorned in the center of their dress, that bouquet became known as the corsage. Similar to the boutonniere, corsages were worn to ward off evil spirits, but they were also worn at weddings. They are now most commonly worn pinned to the shoulder or attached to an elasticized band worn around the wrist. In the 1950s, some were made of fruit and were commonly worn as a decoration on hats.  The style of corsages has not changed much over the years, but their size has. Most corsages used to be two to three times the size of the corsage that is worn today.
Modern floral photographic artistry is shown no better than in these creations by South African photographers Bruce Boyd and Tharien Smith. They photograph clusters of brightly coloured flowers trapped in blocks of ice. The temporary sculptures are captured underwater, where the ice begins to crack and add further dimension to the floral compositions. Flowers are sourced from Cape Town’s gardens, hedges, and trees, which are then placed in plastic containers and frozen for three nights. At dawn, Boyd and Smith take the capsules to the nearest stream or pool to begin their photoshoot. .
​
Wearing flowers … For centuries, people have used real flowers to decorate clothing – with floral wreaths, bouquets and brooches. It adds a fragrant touch to any attire, personalizes an outfit and gives the wearer a sublime scent.

In the 20th and, especially 21st century, classic floral motifs are incorporated not only into garments, but also in headgear and footwear.  In the 20th century, the popularity of a particular flower is not so noticeable. Rather, it is about a wave of popularity for a floral pattern in the broader sense. However, some big trends, such as the "Flower Power" in the 60s, tropical flower designs of the 50s and 80s, and even floral leggings of the millennials, are significant indicators of their time. Lingerie is one area of fashion design where floral prints or ornate floral details are almost indispensable. At the end of the second decade of the 21st century, we can also consider flower patterns as an important part of the "eternal fashion".

Quite a recent fashion statement, such as the dramatic interpretations of flowers and spectacular fashion shows – many art installations in themselves – continue our fascination with flowers in all aspects of our creative lives.
​ 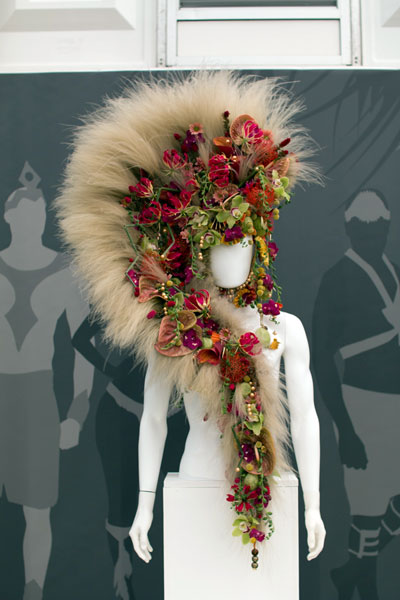 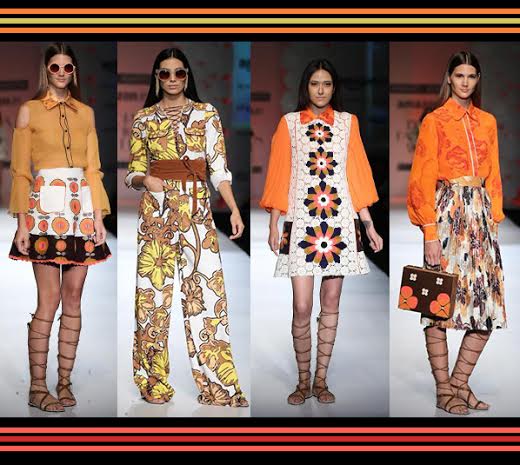 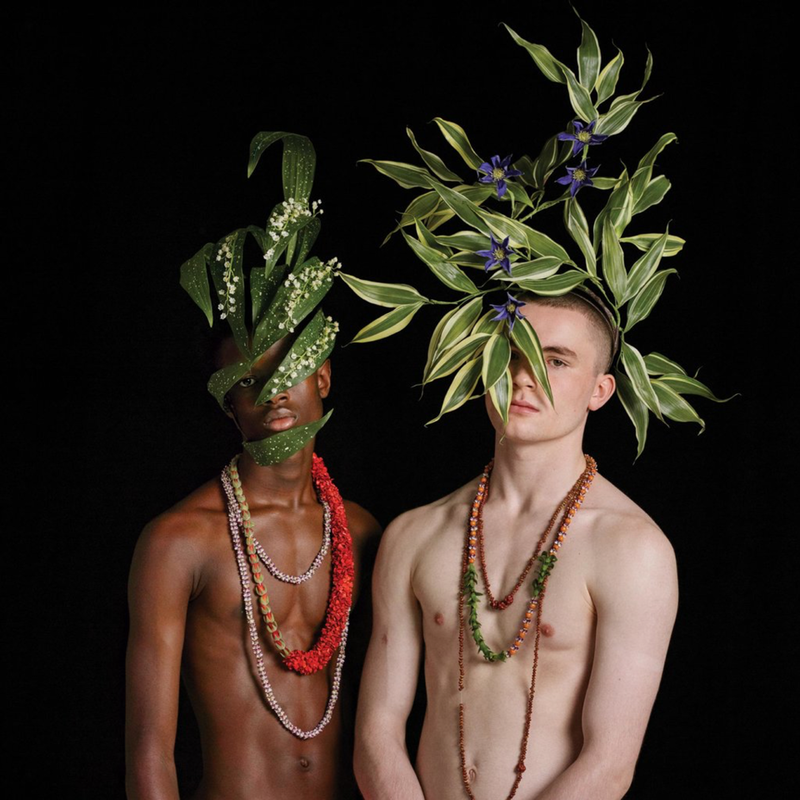