Since Neolithic times, for over 8,000 years, Malta has been populated and remains of the earliest inhabitants can still be found on the island. 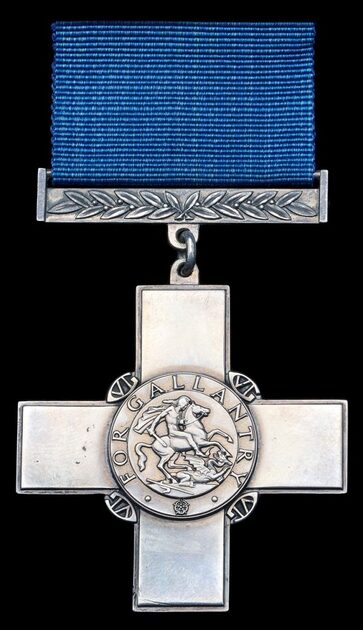 The George Cross
The large structures of Neolithic temples are still standing in the south of the island of Malta (Tarxien Temples, Hagar Qim, Mnajdra), and in Gozo (Ggantija).

Scientists reckon that some of these temples were erected around one thousand years before the construction of the famous pyramids of Giza in Egypt, and are believed to be the oldest free-standing monuments in the world. After the Neolithic culture faded away, around 2,000 B.C., the island was conquered by the Phoenicians, Carthaginians, Romans and Arabs respectively.

During the Middle Ages, Malta was involved in the Byzantine-Arab Wars and was invaded by the Arabs, who introduced new irrigation, some fruits and cotton to the island. The Arabs also brought over the Siculo-Arabic language from Sicily, to which Malta was closely affiliated at the time. The language would eventually evolve into current-day Maltese. The Arabs allowed the native Christians to practice their religion but were discriminated against by being charged with an extra tax.

The Normans seized Malta around 1091, and were welcomed by the native Christians, who will have been pleased to see Roman-Catholicism reintroduced as the state religion. The Maltese islands became part of the Kingdom of Sicily, which also covered a large part of present-day Italy.
In 1530, Charles V of Spain the Order of Knights of the Hospital of St John of Jerusalem, also known as the Knights of Malta, who ruled the islands from until 1798, during which period they built present-day capital city of Valletta, named after the Grand Master of the order, Jean Parisot de Valette.

The Knights improved living conditions across the Island building hospitals, stimulated trade and commerce and erected strong fortifications. During their rule, the Knights successfully held out for many months throughout the horrific fighting and massive assaults by Ottoman invaders, now known as The Great Siege of 1565.

In 1798 Napoleon’s army conquered the island, easily removing the Knights of St John from power, who had not been prepared for the force with which the French charged. In the six days that followed the conquest, a civil code was laid down for Malta. Slavery was abolished and all Turkish slaves were freed. Napoleon himself created a primary and secondary education system and a more scientific based university replaced the old one.

The British Throne took over Malta after Napoleon’s demise and ruled the islands for the next 160 years. Malta was bombed persistently by German forces during World War II in an attempt to take over Malta, which was known as a location of high strategic importance for both trade and conflict. Malta was bombed more heavily in 1942 than the whole blitz of London. The British and Maltese unified in their battle for survival and the Germans failed to conquer either Malta, or the Maltese.
​
The determination and strong spirit shown by the population of Malta led King George VI to award Malta the George Cross. His official message, which was engraved in a marble plaque on the façade of the Presidential Palace in Valletta, reads: “To honour her brave people I award the George Cross to the Island Fortress of Malta, to bear witness to a heroism and a devotion that will long be famous in history.” This award is still part of the national flag of Malta and is seen as a symbol of a proud nation. The Maltese gained their independence from the British in 1964 and the country would continue as a sovereign state and republic. Since May 2003, Malta is a member of the European Union and a popular tourist destination for many Europeans.