The Maltese breed has existed for at least 29 centuries. Dating back so far has caused a bit of debate as to the exact origin of this dog. 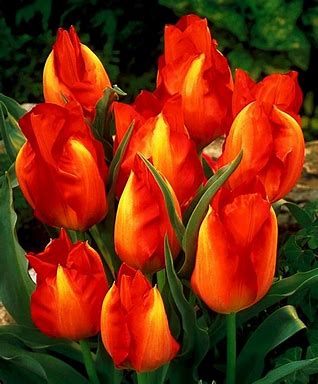 If you look far back, long ago descendants are thought to be Spitz-type dogs, possibly from Sweden. Another possible ancestor is the Tibetan Terrier from ancient Asia.  No doubt also refined the coat colour to white. No matter his ancient descendants, evidence shows that the Maltese breed most definitely became abundant on the Island of Malta. This is a small, beautiful isle off the coast of Italy.

Although the exact origins of the breed are still debated today the fact remains that Darwin, himself, the Father of the Theory of Evolution, placed it at about 6000 B.C. - eight thousand years ago !!! The Maltese decended from a Spitz-like dog which was then bred for hunting in the marsh and wooded areas of Southern Europe. These were much larger dogs, and, like most of the toy breeds that you see today, centuries of development bred the dog down in size. 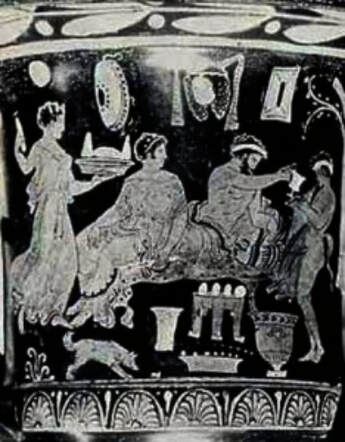 Eventually, the dog was carried southward into the Mediterranean Sea area and also into the Far East. Historical evidence leads one to believe that the Maltese may well have been introduced into the gene pools of the Lhasa Apso, the Tibetan Terrier, the Tibetan Spaniel, and even the Pekingese - helping to shape the eventual evolution of these truly ancient breeds of dogs. Hard archeological evidence places the Maltese in a prominent place in Egyptian culture around 300 to 600 B.C. where they were virtually worshipped as members of the royal families and the earliest known representations of Maltese dogs were found on artefacts at Fayum, Egypt (600-300 B.C.). Maltese images were found on Greek vases dated around 500 B.C.  found at Vulci and the first known written history of the breed was actually authored by the Greek philosopher Aristotle around 350 B.C., where he attributed the origin of the breed to the Island of Malta in the Mediterranean Sea - hence the name "Maltese" though there is really no evidence that proves the dog was indigenous to the Island.

The dog is also mentioned in the writings of many Greek and Roman philosophers, and other ancient poets and historians, including: Aristotle, Timon, Callimachus, Aelian, Artimidorus, Epaminodus, Martial, Strabo, Pliny the Elder and Saint Clement of Alexandria. Notable ancient owners of Maltese include Roman Emperor Claudius and Publius, Roman governor of Malta.

The origin of the Maltese has also been attributed by other historians to the Italian town of "Melitae", which could have also given rise to "Maltese" for a breed name. Through time the Maltese has been labeled with many names... the "Melitae Dog",  "Ye Ancient Dogge of Malta" and "The Roman Ladies' Dog" as well as being called  the "Spaniel Gentle" and the "Bichon" (not to be confused with the modern breed, the Bichon Frise, which may also have been developed partly from the Maltese). The Breed has also been known as "The Shock Dog", the "Maltese Lion Dog" and more recently as "The Maltese Terrier" before it simply became shortened to the "Maltese". 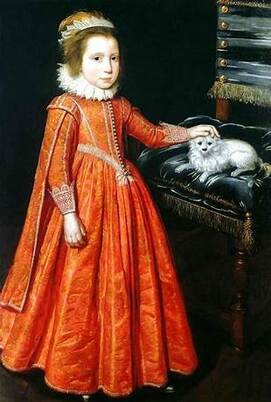 The breed was eventually distributed as an exotic article of trade from the ancient island trading centre of Malta. From there they migrated by caravans to the farthest reaches of the civilised world, including: The Middle East, Tibet, China, the Philippines, and Japan.

​The Maltese emerged untarnished from the Dark Ages and  recorded as a prized dog. Especially by the upper class, aristocrats, states persons and royalty. Maltese were believed to possess medicinal powers of healing. The ailing would place the dog on their stomach or chest for comfort. Because of this practice, and the dogs warm, affectionate nature and small size, which made it easy to hold in ones arms or lap, the Maltese also became known as the “Comforter.” The dog was particularly popular in England during Elizabethan times and two notable owners of Maltese in those times were Queen Elizabeth I and Mary Queen of Scots.

Beginning around the mid 1800’s and into the early 1900’s there was great debate among the noted dog writers and dog authorities concerning the question of “which dog family the Maltese belonged”.  A large group, especially the dog fanciers of England, felt that the Maltese belonged in the Terrier family due to their terrier-like temperament.   As with the English terrier breeds, the Maltese of the period was an excellent ratter and exhibited great fearlessness, despite his small size.  Others disagreed and felt that the Maltese, because of his body and coat type, were spaniel in nature.  Ultimately, in the early 1900’s, the conclusion was that the “Maltese dog” was neither terrier nor spaniel.