The origin of the Maltese Cross

Introduced to Malta by the Knights of St. John of Jerusalem upon taking possession of the islands in 1530, the Maltese Cross has become an intrinsic part of Malta’s culture and heritage, as well as a much-cherished symbol by the Maltese.

The Maltese cross is a symbol that is most commonly associated with the Knights of Malta (also known as the Knights Hospitallers), who ruled the Maltese islands between 1530 and 1798.

The Maltese cross is nowadays widely used and associated with Malta as a country, used by the national airline Air Malta as part of its livery, and featuring on the Maltese Euro coins.

The shape of the Maltese cross is star-like with four V-shaped arms that are joined together at the tips. It’s frequently used either in black and white or red and white and is symmetrical both vertically as well as horizontally.

Although the Maltese cross is most famously associated with the Knights of Malta, as well as Malta itself as a country, it is thought the symbol evolved from a closely resembling cross found on coins minted in Amalfi (an Italian republic) during the 11th century.

What’s the meaning of the Maltese cross?
The Maltese Cross formally adopted by the Knights Hospitallers of St. John in 1126, stylistically owes its origins to the crosses used in the crusades, when it was identified as the symbol of the “Christian warrior”. Its eight points denote the eight obligations or aspirations of the knights, namely “to live in truth, have faith, repent one’s sins, give proof of humility, love justice, be merciful, be sincere and whole­hearted, and to endure persecution”.

With time, the eight points also came to represent the eight langues (or “tongues”, but in effect national groupings) of the noblemen who were admitted to the famed order, namely those of Auvergne, Provence, France, Aragon, Castille and Portugal, Italy, Baviere (Germany), and England (with Scotland and Ireland).

The Maltese cross remains the symbol of the Sovereign Military Order of Malta, which is still in existence (and active as an international organisation for medical and humanitarian aid) today. As part of its present-day teachings, the cross represents eight beatitudes (or ‘blessings’). A good first aider in service of the Order of St. John is Observant, Tactful, Resourceful, Dextrous, Explicit, Discriminating, Persevering and Sympathetic. 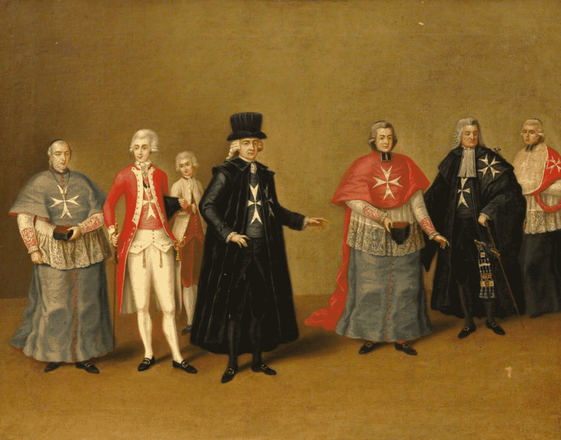 The Knights and the Maltese Cross
The Knights of Malta (Order of St. John) can trace their origin to a group of monks attached to a hospice built in the Holy Lands to aid pilgrims. Over time, the monks started offering an armed escort to travellers as they passed through perilous Syrian territory. Following the success of the First Crusade, the Knights Hospitallers evolved into a military order.

The link between the Maltese Cross and these islands was forged with the Knights’ arrival in Malta in 1530. By then, the Cross had become the established symbol of the Order, and as the Knights set about putting their stamp on these islands through their inspired architectural feats and patronage of the arts, so the Maltese Cross provided the signature to this glorious legacy. The Cross found itself on coats-of-arms, palaces, hospitals, the entrances and gates to various forts and towers, on fortifications as well as on coins, cannon, monuments, churches, paintings and frescoes, furniture, silverware and jewellery.
​
Valletta is home to the world’s largest concentration of portrayals of the Maltese Cross. The palaces and churches constructed during the long rule of the Knights, as well as the many treasures they house, are bedecked with this representation of aristocratic and autocratic power. The Maltese Cross, however, has come to epitomise not only one of Malta’s most glorious historical periods but also anything which is intrinsically Maltese. 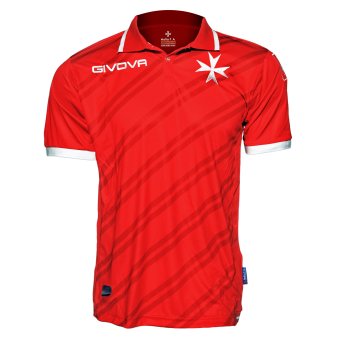 How the Maltese Cross is used nowadays
Today, the Maltese Cross is undoubtedly the single most recognisable symbol of the Maltese Islands. It’s no coincidence that this emblem forms part of the logo of a number of local institutions, including the Malta Tourism Authority, Malta Enterprise, and the Islands’ flag-carrier, Air Malta, not to mention the national football and rugby teams’ official strip.

Many Maltese houses still incorporate the Cross in their stonework. A visit to any souvenir or gift shop will also reveal an array of local crafts adorned with the Maltese Cross. Apart from the obvious t-­shirts and key-chains, you will find the Cross on a generous variety of quality lace and filigree products, all kinds of jewellery, pottery and glassware, brass door knockers, as well as items made from limestone.
​
It seems that the Maltese Cross, a symbol which chivalric warriors first wore with pride hundreds of years ago in far­away lands, has found a permanent home on this little archipelago in the middle of the Mediterranean!