What would Christmas be without a celebratory meal to mark the occasion and to share precious moments with loved ones? But where did our "traditional" Christmas meal originate? We don't have to go too far back in history to find the answer.
Food brings people to the table and helps for a bonding experience. Traditional Christmas meals like the turkey, for example, are prepared on that day because of their meaning and the historic significance of the specific food.
​
This Christmas, you may look at your dinner in a new light as we reveal the history of the traditional meals consumed all over the world on this special day. 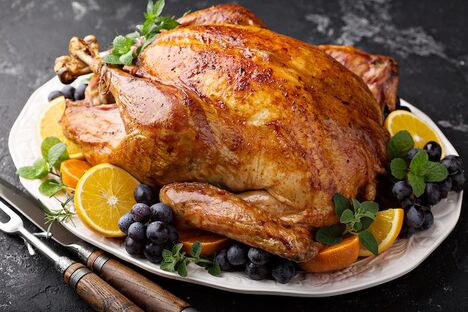 The Origins of the Traditional Christmas Dinner
We’ll take a look at traditions from different parts of the world  but for now, let’s examine some of the most prominent classic Christmas table components and how they established themselves as staples over the course of history.

Queen Victoria of England is the one that the tradition has been attributed to.

Prior to her reign, people used to eat various kinds of meat on December 25. A few of the common choices included beef, rabbit and goose. Queen Victoria, however, was known for enjoying tender turkey meat. Her preferences started a fashion that quickly became a tradition capable of transcending time.
​
In time, turkey farms became much more common and the price of the meat went down. This economic fact also contributed to the popularisation of turkey. Even today, turkey is one of the most common proteins to be served at the Christmas table across various parts of the world. 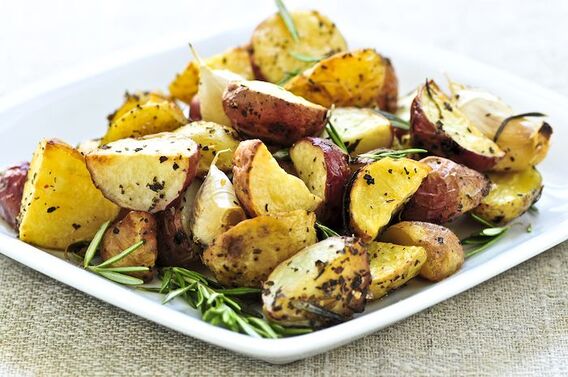 Roast Potatoes
Roast potatoes are another staple that comes with its historic background.

The potato originated in South America. As Europeans sailed the world, they brought the spuds back to the Old Continent. Because it was easy to grow and quite abundant, the potato quickly turned into a favourite food for the poor.
​
Queen Victoria is once again the person that added the humble potato to the Christmas menu. At the time, however, roast potatoes weren’t the norm. Royalty preferred a potato mash – a choice that we enjoy even today as much as roast potatoes. 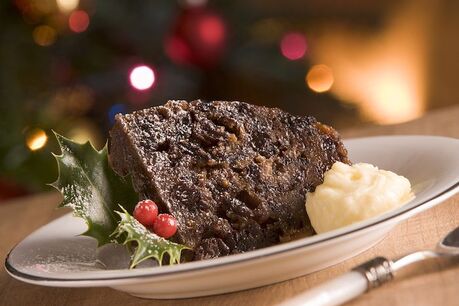 Christmas Pudding
When we look at food traditions, we can’t ignore the importance of the Christmas pudding.

Christmas pudding is the go-to dessert for this special occasion and while there are some recipe variations, the sweet temptation remains the same in essence. It carries the name "plum pudding" but the fruit isn’t featured among the ingredients. That’s because in pre-Victorian England, raisins were called plums.
​
Christmas pudding still features dried fruits today. Molasses, eggs, spices and other sweet ingredients contribute to its holiday decadence. 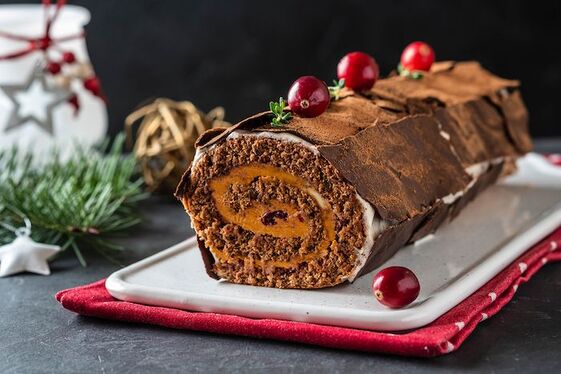 Christmas Foods from Around the World
The staples from the UK and US aren’t the only Christmas culinary traditions we’re going to talk about.

Many countries have their special celebratory meals. In some instances, these dishes are prepared solely during the December holidays.

The Buche de Noel from France is probably the quintessential Christmas dessert. It represents the Yule Log – a log that was brought into the home for Christmas and burned over the course of the evening. While the actual burning of the Yule Log is already outdated and nobody practices the tradition, the preparation of the delicious Buche de Noel continues, luckily.

Usually, this dessert is made of rolled sponge cake and chocolate buttercream to resemble the colour and texture of wood.

When it comes to Christmas foods and tradition, however, it doesn’t get more classic than the delicious candy cane. So, what exactly is its story?
A few centuries ago, sugar was so expensive that it was saved as a special treat for occasions like Christmas and Easter. Hard candies, in the form of lozenges, were also used as medicines. Confectioners, however, recognised their popularity and soon, hard sugary temptations like the candy cane became a holiday special.

The candy cane itself is somewhat mysterious. According to one of the legends, a German choirmaster made the first candy canes to keep kids quiet and happy during a long church service. We’re confident that the approach worked!

There are so many other spectacular culinary traditions for Christmas menus from across the world. In the Philippines, a roast pig is prepared for this special occasion. In Bulgaria, people eat solely foods of plant origin on Christmas Eve before having a massive feast on Christmas Day. In Israel, people enjoy latkes (fried potato pancakes), in Germany a Christmas goose is prepared instead of the turkey.

Mexico welcomes the holiday with bacalao (salted cod) and in Sweden people make traditional saffron buns.
​
Food has always had a ritualistic meaning and it has carried a ton of symbolism. When you sit down to enjoy food on your Christmas lunch this year, think about everything on the table and know there’s a reason why this specific meal might be being made.