Driving through time.
Rural Northeast Alabama is like rural anywhere, I suppose. Rolling hills, deep hollows, winding black top roads sprinkled with dirt roads that cover most of the low plateau known as Sand Mountain. My home for most of my 56 years.

Recently, after traveling about an hour away to help with inventory at a sister store, I drove back home the long way, traversing the area in which I grew up.
I took a right onto a county road taking me down into one of those hollows and across a bridge over Town Creek, then back up a hill that led me to a familiar road onto which I turned left to memories of my childhood.

As soon as I took that left, I saw on the right an empty building which used to house a tire and auto repair shop. My cousin. J.R. McKelvey, frail and in poor health, worked there until his death, putting on tires and repairing cars for many folks in the area. Empty for many years, it still speaks of a time long gone.
A little farther on the left is Mrs. Petty’s house. Now abandoned and in disrepair, I still see it as it used to be. A small house with brown siding and wood and brick pillars with the most beautiful flower garden in the area. Flowers of many types, yellows, reds, orange and purple and surrounded by lush green foliage. As far back as I can remember, she always kept those flowers as a warm beacon to all who passed.

A little more driving and I come to a small house on the right which, although it is home to someone else now, will always be my Uncle Rhodney’s house. My parents took my sister and I there on many Sundays. The young kids would run and play, while the adults served delicious food and afterwards would make homemade ice cream, turning the crank on the ice cream churn and probably talking about the host of kids playing under the shade tree.

Right down the hill from the house is a cow pasture and a pond. My cousin Hershel and I spent many hours fishing and chewing Red Man and Levi Garrett tobacco. We started chewing at a young age. I think we were ten years old. Being in a cow pasture, we had to watch where we stepped and keep an eye on the bull, which really didn’t like us on his turf.

Past the pond was the home of my Mother’s parents. Ma Myrt (Myrtle) and Paw Paw Ernest Satterfield.

Right in front if their house was the home of my Aunt Shirley, my mother’s sister and mother of Hershel. Many days were spent in her backyard playing basketball and anything else we could think of.

Following that meandering road, I pass the dirt roads on which we used to ride our bikes for miles. Past farms and fields of cotton and corn and many old houses and even a grist mill on the creek nearby. Unheard of today, we would leave early in the morning on our bikes and would ride most of the day before getting back to Hershel’s house as dusk fell.

Driving on, I get to the main road. County road 44. I turn left and begin to drive farther back in time. First on the left is Liberty Methodist church, the plain white church with a cemetery in the back, which most of my family attended then and now. My mother and father and many family members now rest there under the shade of a huge oak tree.

Past the church on the left is another pond. Another place I fished many times. On the right is the home of the Parkers. They had a chicken house in which I worked my first job at age 15, picking up eggs while the hens pecked and twisted the skin on my hands and the roosters flogged me. I made seven dollars per day. After my parents divorced, we lived in a mobile home behind the Parker home.

Another 100 yards on the right is the home of Uncle John Frix. A white house with a long front porch on which my sister and I would play while my parents worked in their chicken house. They had a beautiful yard where I once stepped on a nail that went all the way through my foot.

A little farther and I pass the home of Charlie Andrews, where we used to go to watch the Alabama Crimson Tide play football, because he had a COLOR TV.

All those memories come flooding back as I drive another hundred yards and on the left, on a small hill, is the house that used to be my McKelvey Grandparent’s home. The place of my earliest childhood memory. I see myself in a diaper standing under a black walnut tree. Why I was only wearing a diaper and why I was standing there, I have no idea. There are many memories. We would go there on Christmas Eve. When an airplane would go over, my mother would say that Santa was near. A little later we would see car lights pull into our own driveway, which was only a couple hundred feet away, and then leave shortly afterward. When we got back to our house, presents would be under the tree. We could never figure out how Santa could get from a plane to a car so quickly.

So, I’m back to the place where our house used to stand. My cousin, Margie, lived right across the road. The same age as me, we spent many hours playing on a tree swing, jumping on her trampoline, riding bikes on the dirt road by her house, playing cards in her house when it rained, and throwing dirt clods at each other from the fields which faced each other across the road.

Continuing my drive, I pass two churches which are so close, if you didn’t like the sermon in one, you could simply walk a few feet to the other!
Coming back to my current home, I turn in the drive wondering what my children and grandchildren will remember of this home. Driving back in time leaves me with bittersweet feelings; wishing I could return to those simple days but knowing I can’t. I suppose what we hold in our heads and hearts will be the only testament for a time long gone.

The older I get, the more that history means to me. Can we really understand who we are, unless we first remember who we were? Are we not the bearers of a huge responsibility for our children?

Everyone wants to be remembered, perhaps if we share our history now, we’ll accomplish that wish. 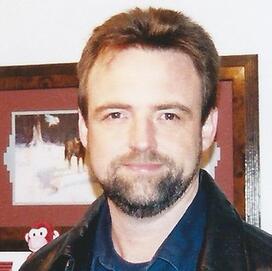