How to grow Papyrus

This hardy, architectural plant is easy to grow.
​It just like to keep its feet wet. 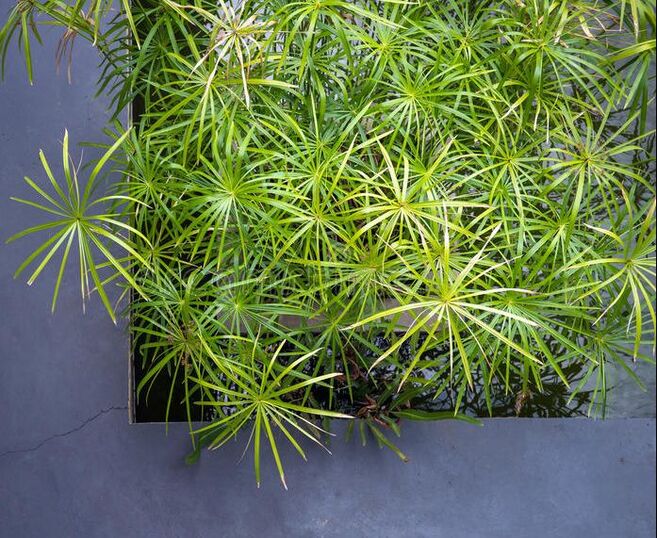 What is Papyrus?
The papyrus plant (Cyperus papyrus) is an herbaceous perennial plant native to the tropical regions of Africa, including Egypt and the Nile basin. The ancient Egyptians have a reputation for papermaking from this plant so people also refer to it as an Egyptian Papyrus Plant. Since the plant is umbrella-shaped, it is also called the Umbrella plant or bulrush in some places.

Papyrus is a member of a grass-like group of plants called nutsedges. It produces solid, triangular-shaped stems that can get quite tall, sometimes reaching heights of 6 to 10 feet.

​When papyrus is in bloom, up to 100 thin, green, thread-like filaments appear in a circular arrangement at the end of each stem. Each of these filaments develops a tiny brown flower at the top that eventually produces seeds. Because papyrus does not produce real leaves, its green stems undergo photosynthesis, providing the plant with nutrients it needs to survive.

How to Grow Papyrus?
Papyrus grass is easy to grow. Papyrus is usually planted by rhizomes in moist, fertile soil in pots and then submerged in an aquatic environment. It can also be planted directly into 3 feet (91 cm.) of muddy substrate to hold the heavy stems upright. The plant needs to be kept moist, if not submerged. Papyrus does not need much extra care to be successful as long as it is kept moist. 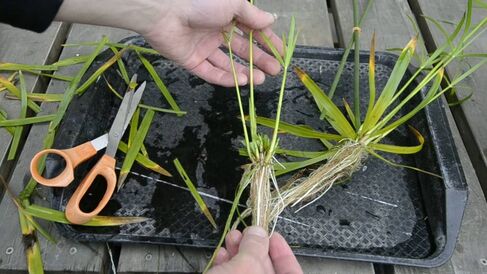 How to propagate Papyrus.

Can I grow a Papyrus plant Indoor?
Yes, since the plant is ornamental, it can be grown and use as an indoor plant. However, you must provide proper sunlight to the plant so it gets what it needs.

How to care for a Papyrus Plant?

Light Requirement
It needs full sun but must be sheltered from strong winds to maintain their healthy and luxuriant appearance and, at best, they should be able to form a large colony.

Watering
Very high humidity requirements; suitable for peat bogs and water gardens.
Papyrus grass has no damaging pests or diseases except rust fungus, which will discolor the stems and foliage. In the correct zones with light and moist conditions, care of papyrus plant is easy for even a novice gardener. Propagation of Papyrus Plant You can grow and share your papyrus plant through division in spring. Wait until the danger of frost has passed and un-pot or dig up the plant. Cut apart the papyrus rhizomes into groups of two or three. Re-pot the new plants and grow them as usual.
​