GRANDPARENTS DAY MAGAZINE
If you're plodding through your 30s, 40s or 50s and feel that life
hasn’t really begun, just be patient, young’un. Sixty is the new launchpad
year for “adventure, opportunity and change” according to a recent
​report by social scientists.
Studying for a degree, starting a business or flitting off on a long-deserved gap-year (or why not make it a gap-decade!) the report found that today’s sexagenarians have ambitious plans and the confidence of people in their prime.

There have always been high achievers between 60 and 100 who crowned a career with their best-ever work or chose a whole new life and nailed it.

​As our life-expectancy improves it is the only way.
​
Golf, cruising and tending the roses were fine for a five-year retirement but try doing that for 30 years and you’d be better off in the ground.

​No, watch your waistline, dodge the medical show-stoppers and we can all be like the late-bloomers here. 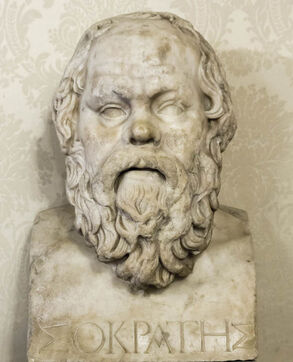 Socrates
LEARNING
More people are going to college after retirement now that the age limit on student loans to cover tuition fees has been lifted but some folk have more catching up to do than others.

Priscilla Sitienei, a great-great-grandmother and former midwife in Kenya, enrolled in primary school at the age of 90.

Think of the guts it took to walk into that classroom if you are worried about being the oldest student on campus.
​
Even Socrates, one of history’s greatest know-alls, understood he could still learn and started on music in his 60s. 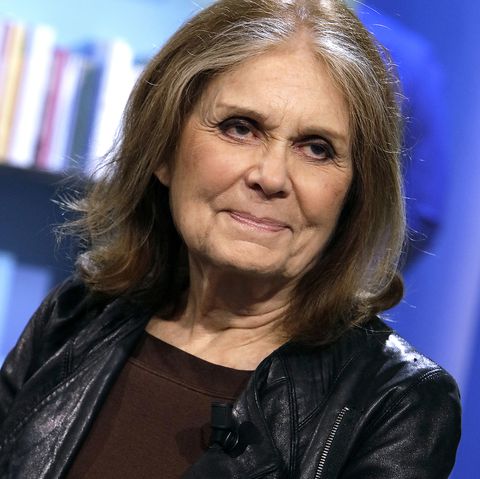 Gloria Steinham
LOVE
Divorce among the over-60s has risen since 1990 according to the Office for National Statistics while falling among the younger population.

On the bright side, one divorce creates two vacancies and new love is always possible.

At 92, Marjorie Liggins from Sheffield married her 86-year-old dancing partner Norman Camm. The wedding took just six weeks to plan – at 92 who needs a long engagement?

Even Gloria Steinem, who claimed “a woman without a man is like a fish without a bicycle”, finally got married for the first time at 66.
​
Bereavement also inspires change.
​
After his wife died, Jim Robertson, of Buchlyvie, Stirlingshire, became at 69 the oldest person so far to have gender-reassignment surgery and lived happily as Gladys Paterson. 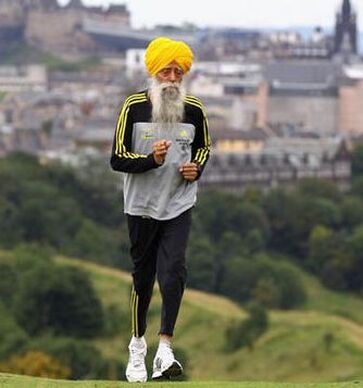 Fauja Singh
SPORT
Champion runner Fauja Singh, from Ilford, has a British Empire Medal and a telegram from the Queen.

At 100 his marathon time was a little over eight hours so he’s slowed down somewhat since he was 92 when he could do the 26 miles in five hours, 40 minutes.

There are lots of inspiring stories of achievements by older athletes but relating them might only suggest that physical fitness at 70 and beyond is exceptional.

It isn’t. It is normal barring major illnesses – if you work for it.
​
US military scientists monitored a large research group of soldiers for decades after they left the army as lean young men. Some had stayed fit at 60, others had lived like slobs.

They put both sorts through an uncompromising boot camp and after a few weeks the slobs were in the same excellent physical condition as their fit counterparts. 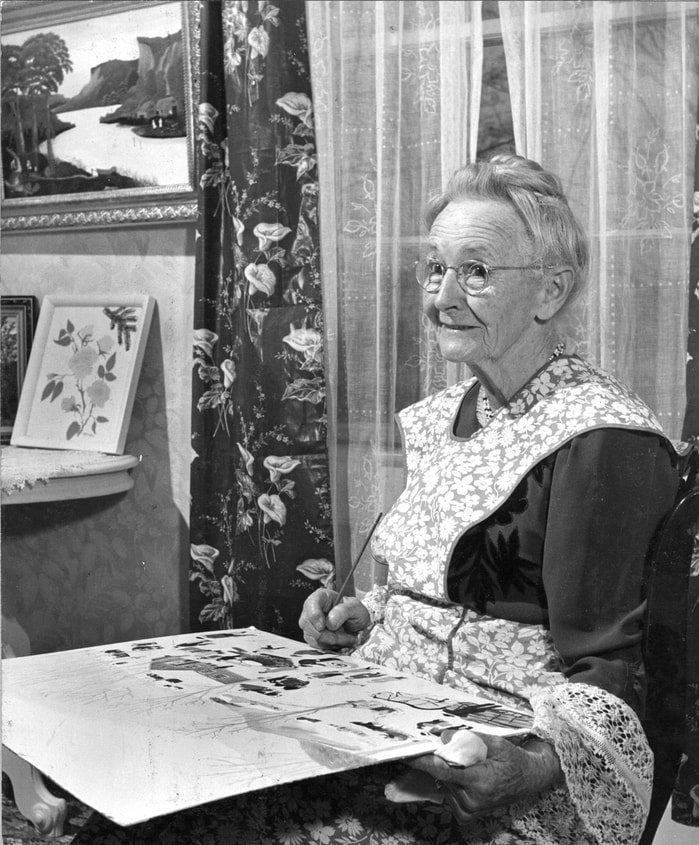 Grandma Moses
ART
When Anna Mary Robertson Moses died in 1961 at age 101, then-President John F. Kennedy released a statement praising her paintings for inspiring a nation, noting, "All Americans mourn her loss". Governor of New York, Nelson Rockefeller, had declared on her 101st birthday that there was "no more renowned artist in our entire country today". President Harry S. Truman once played the piano just for her.

Who was this woman who captivated U.S. presidents and art audiences at home and abroad? Anna Mary Robertson Moses was better known to the world as Grandma Moses, a woman who didn't begin to paint until the age of 76, when her hands became too crippled by arthritis to hold an embroidery needle. She found herself unable to sit around and do nothing, even after a long life spent working on farms.

She never had any formal art training -- indeed, she'd had very little formal education at all -- but she painted every day, turning out more than a thousand paintings in 25 years. When an art collector passing through her town saw the paintings selling for a few dollars in a drug store, he bought them all and arranged for them to be shown at the Museum of Modern Art in New York City however, by the time of her death, she had paintings in museums as far away as Vienna and Paris.

A veritable youngster by comparison, Leonardo Da Vinci painted the Mona Lisa at 54. 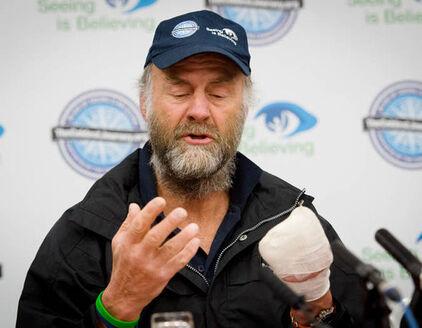 Fiennes is a great inspiration for the senior adventurer because he doesn’t make it look too easy. Heart surgery, diabetes, frostbite and bereavement, he’s had the lot.

He proves that you can keep achieving even if health and family life don’t give you a smooth ride.
​
At 72 aviatrix Margaret Ringenberg completed the Round-the-World Air Race.
​
Yet sometimes adventure comes unsolicited. Jessamine Skuse smelled smoke from her neighbour’s flat in Bristol one evening, forced her way in and dragged him to safety before the fire could take hold.

She was awarded a Royal Humane Society bravery award at the age of 92. 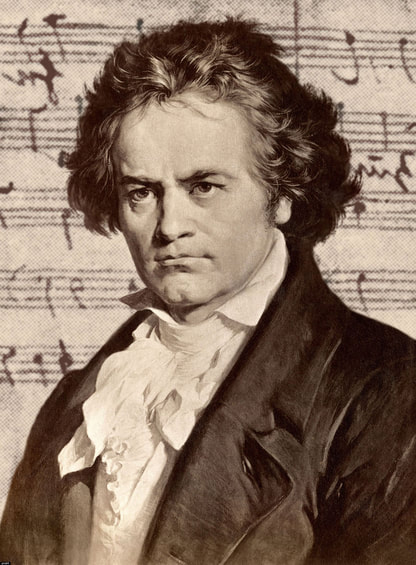 Beethoven
MUSIC
On May 4, 1824,  Beethoven’s Ninth Symphony debuted at Vienna’s Theater am Kärntnertor. Having lost his hearing years earlier, the celebrated composer nonetheless “conducted” the first performance of his final symphony, widely considered to be one of the great masterpieces of all time. He was 54. But he was a spring chicken by comparison to other famous composers.

And Elliot Carter (1908-2012) wrote his violin concerto at 81, the Boston concerto at 94, and was still composing in his centenary years. 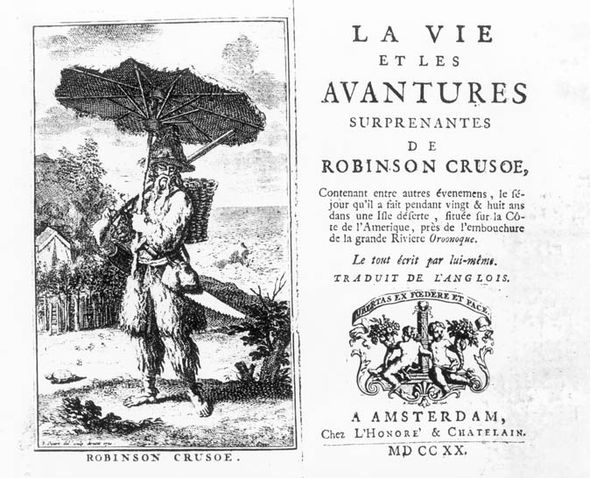 WRITING
People who have been at the top of their field sometimes use their later years to write up all their expertise.

Hardinge Giffard, 1st Earl of Halsbury, sat down to pen a 20-volume encyclopaedia of English law when he was 90.

Peter Mark Roget was nearing his 70th birthday when he was forced to retire from the Royal Society, London's esteemed collection of scientists, so that the younger generation could begin its work . At that point, Roget, who was born in 1779, began his famous Thesaurus, one of the most enduring reference works of all time, the first edition which was published when Roget was 73, and he oversaw every update until he died at age 90.

Patrick O’Brian only hit his stride as a writer with his Master And Commander sea stories when he was 65.

Mary Wesley wrote 10 bestsellers, including "The Camomile Lawn", after she was 70.
​
Laura Ingalls Wilder's best-selling series of books, “Little House on the Prairie”, began with "Little House in the Big Woods," which chronicled her pioneering childhood in the late 1800s. However her first book was not published until she was 64. 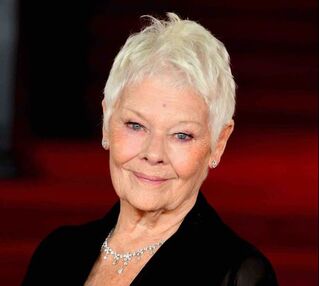 Dame Judy Dench
THE STAGE
Dame Judi Dench was a very distinguished stage actress but jumped to the parallel universe of the movies only in her 60s, playing to millions instead of thousands in the Bond films.

Comedian Lynn Ruth Miller broke into stand-up at 70, won an Edinburgh Fringe award, but lost to a barnstorming dog on Britain’s Got Talent.
​
Caroline Melliar-Smith, from Cheshire, took up acting after retirement and has landed roles in radio drama and two films including 2011 comedy The Best Little Whorehouse In Rochdale. 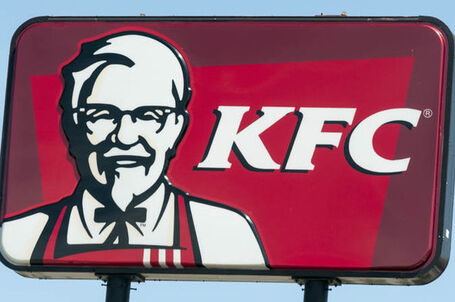 BUSINESS
Colonel Harland Sanders struggled as a businessman and restaurateur until he thought of selling franchises for his fried chicken brand KFC when he was 62. Four cents per chicken made him rich.

Starting a business later in life can be a thrill or it can just be a change of rut. Instead of driving himself into the ground as entrepreneurs often do Sanders sold up when he was 74 and took a salary to swan around in a white suit and be The Colonel. More sensible than he looked.

Most people wouldn’t recognize Ray Kroc by name, but they definitely would recognize the business he started. A San Bernadino milkshake machine salesman, Kroc was doing well for himself until he ran into a small eatery known as McDonald’s. Instead of selling them a new machine, he bought up the business and turned it into a franchise. Kroc first bought the restaurant at 42 years old. By 48, he had 200 locations.

Nowadays, Kroc’s brilliant business techniques are studies by potential CEOs around the world. This late bloomer definitely knew how to make his industry grow. 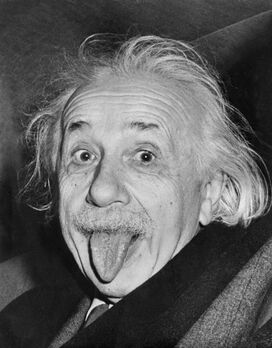 ​SCIENCE
Albert Einstein said: “A person who has not made his greatest contribution to science before the age of 30 will never do so.” But physicist Sir William Crookes invented the first instruments to study radioactivity when he was 68 – so there.

James Parkinson identified Parkinson’s disease at 62 and, at 63, Polish countess Rosa Branicka helped to develop surgical techniques for breast cancer by operating – on herself. 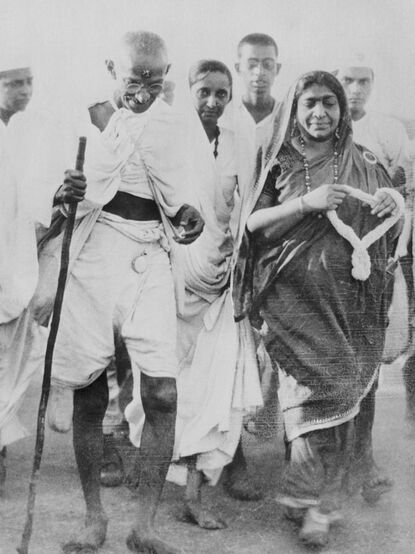 in 1930, when he was 61, Gandhi set out to walk approximately 200 miles (320 kilometers) with a group of followers, even carrying his own luggage when he saw a family member pass it off to a servant, to collect a block of salt, a move that set off civil disobedience throughout the country and that is now regarded by historians as a central moment in the fight for Indian independence.

Even those who feel they can't compare to a luminary like Gandhi should be heartened by another impressive walk for a cause. In 1999, at the age of 89, Doris Haddock began walking the 3,200 miles (5,150 kilometers) between Los Angeles and Washington, D.C. to raise awareness for the issue of campaign finance reform. Granny D, as she is popularly known, walked 10 miles (16 kilometers) a day on her journey, even skiing when conditions required it. She relied on the kindness of strangers for her housing and meals over the 14 months that her walk took. In 2004, Granny D unsuccessfully pursued a seat in the U.S. Senate, making her one of the oldest candidates for major public office.
​
And more recently, Captain Tom Moore raised A$53 million for the British National health Service by walking round his garden 100 times just before his 100th birthday. He broke two Guinness World Records, was knighted by Queen Elizabeth, scored a No. 1 hit single, wrote an autobiography and helped set up a charity. Now that’s achievement. 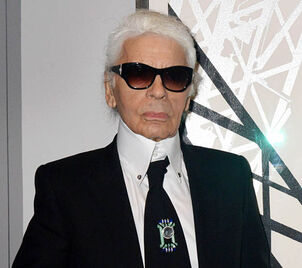 Karl Lagerfeld
FASHION
Fashion worships youth but also venerates its elders. Coco Chanel ruled a fashion empire at 85.
​
Dame Vivienne Westwood is still kicking cans at 80 and Karl Lagerfeld reigned as head designer of Chanel till his death at 86.

It is time we had a 99 Club for people who take author George Eliot’s dictum to heart: “It’s never too late to be what you might have been.”
​
All you have to do to join the club is achieve all you can before you are 100.