Ancient science or hocus-pocus? Numerology has its devotees and its critics. But if you just want to know how it works, read on. 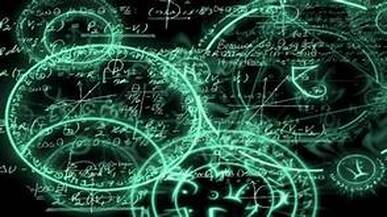 What Is Numerology?
If you are familiar with Astrology, then you may know a little bit about Numerology; it is similar in quite a few ways but uses a different method to get the information and insight: Numbers.

Numerology is the idea that the universe is a system and once broken down we are left with the basic elements, which are numbers. It's these numbers, numerologists believe, can  help us better understand the world and ourselves as individuals.
The History Of Numerology
Where numerology came from and how it came to be is somewhat of a mystery. Egypt and Babylon record the earliest written mentions of numerology and it was active thousands of years ago in Rome, China, Greece, and Japan.

Modern-day numerology is normally credited to the Greek philosopher, Pythagoras. He put forward theories  which looked at numbers in a new way. However, it was Dr. Julian Stenton who came coined the name ‘Numerology’.

How Does Numerology Work? The Basics
How numerology works is actually quite complicated and usually requires a master numerologist to provide detailed and accurate readings. Though you can easily find your life path number and things like your expression, personality, and soul urge numbers using basic calculations, it is the way that these numbers work together that need to be interpreted.

The idea behind numerology is that the cosmos and your life is affected by your birth date, birth name, and many other factors surrounding you as an individual. Using the numbers associated with this information, numerologists believe there is much that a numerology forecast can uncover.

It is believed that there are no coincidences in the Universe and that your name and birthday affect the journey that you will take and your personal characteristics.
​What A Numerology Reading Involves
A numerology reading involves a lot of calculations. These calculations can go into many layers of depth with different numbers and combinations of numbers carrying various meanings. Even a basic reading based on your core numbers can be quite revealing. However, in the same manner, that numbers are infinite, someone's numerology chart can continue to be read from many perspectives as an ongoing project.

Your Expression Number
Also known as your destiny number, an Expression Number is said to delve into your abilities, desires, and personal goals. It could also make you aware of any inherent traits that you may carry.
​
Your Expression Number is calculated by converting your full birth name (including any middle names) into numbers. You would use a chart, such as the Pythagorean chart shown here, though there are many others depending on which tradition you subscribe to. These charts correlates a letter with a single digit number. Then, the total sum is broken down to a single-digit number. Once again the master numbers apply to your destiny number and are not reduced any further.
​
Whatever Expression Number you are left with has a different meaning and works in combination with other core numbers to build a picture of who you are and what you’re about as a person in the wider universe.
Your Soul Urge Number
Your Soul Urge Number is often referred to as the Heart’s Desire Number in numerology. This can symbolise a reflection of your inner, or true, self. Numerologists believe that the Soul Urge Number reveals truths in people which may not yet be recognised. For example, your Heart's Desire Number may show that you actually crave power. Or, that you are much deeper and require a higher level of fulfilment. Alternatively, you may have a need to feel valued or cared for. These qualities can often sit beneath the surface but numerologists believe your numbers provide clues to uncovering them..

The calculation is similar to others using your full birth name. However, you only calculate the value of the vowels to reveal your inner urges or desires.

Your Numerology Personality Number
Your Personality Number in Numerology is calculated using only the consonants in your full name, using the same process of allocating a number to each letter before adding them up and breaking them down to get to a single digit number or master number.

The Personality Number is literally the side of you that you allow people to see. In turn this shows how others see you. What is true of most people is that we hide our true selves and therefore live under a persona. Sometimes this is done intentionally, however, most of the time we do this without even realising, or being entirely conscious of it. For that reason, you may be surprised to see what your Personality Number identifies.

Your Birth Day Number In Numerology
Lastly but by no means least, your Birthday Number holds the key to you and your destiny. This number is based on the exact day you were born. 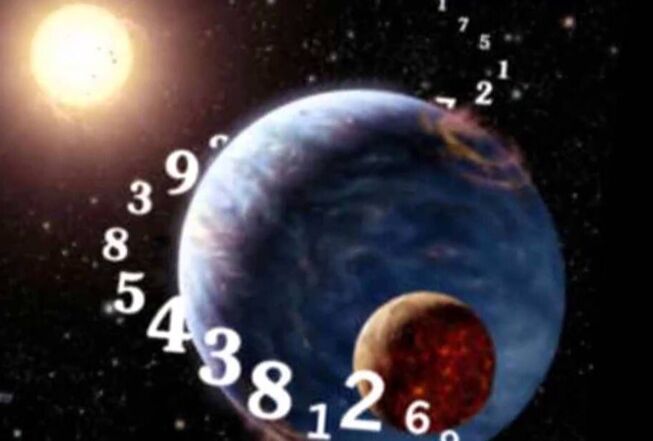 Methods
There are various Numerology systems which assign numerical value to the letters of an alphabet. Examples include the Abjad numerals in Arabic, the Hebrew numerals, Armenian numerals, and Greek numerals. The practice within Jewish tradition of assigning mystical meaning to words based on their numerical values, and on connections between words of equal value, is known as gematria.

Latin alphabet systems
​There are various systems of Numerology that use the Latin alphabet. Different methods of interpretation exist, including Chaldean, Pythagorean, Hebraic, Helyn Hitchcock's method, Phonetic, Japanese, Arabic and Indian. Let's see how it works using the Pythagorean system.

​This method can be referred to as either Western Numerology or Pythagorean Numerology. Pythagoras, the Greek mathematician and philosopher who lived from 569 to 470 BC, is known as the father of Western Numerology. Pythagoras began his theory of numbers by discovering the numerical relationship between numbers and musical notes. He found that the vibrations in stringed instruments could be mathematically explained.N
The Pythagorean method uses an individual's name and date of birth. The Name Number reveals the individual's outer nature. This is the personality that they present to the outside world. To start, you need to use the individual's full name as written on their birth certificate. Then, each letter is assigned to a number one to nine, based on the ancient Pythagorean system in the chart above. Next, add together all of the numbers associated for each letter in your full birth name. Then, the number is reduced until you obtain a single digit.

When someone changes their name they will get a new Name Number. This is believed to change certain parts of the individual's personality and destiny. Next, the Birth Number is viewed as an extension of the Name Number. This number represents the traits/talents that you desire to have. It is believed that your Birth Number reveals your inner nature and life purpose. To find your Birth Number you add together all the numbers in the month, day, and year you were born. Then, you reduce that number to a single digit number.

Confused? Well there are many websites which can explain the process further and give you some information on what your numbers must suggest.