The National Flower of South Korea is Hibiscus syriacus.
The “mu-gunghwa” is the name Koreans know it by. It is a combination
of two Korean words. The first, ‘mu-gung’, means ‘immortal’ or ‘everlasting,’ while ‘hwa’, means ‘flower’. 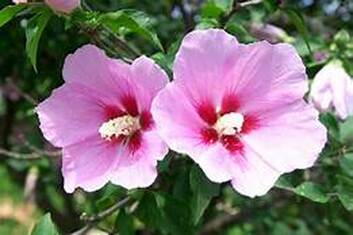 It is cultivated on a large scale in South Korea and is widely popular among the Korean people not because of its beauty, but its deep relation with the country .

Hibiscus syriacus belongs to the mallow family, Malvaceae. It was given the epithet syriacus because it had been collected from gardens in Syria. It is native to south-central and southeast China, but widely introduced elsewhere, including much of Asia. Common names include the Korean rose (in South Korea), Rose of Sharon (especially in North America), Syrian ketmia, shrub althea, rose mallow (in the United Kingdom) and St Joseph’s rod ( in Italy).

Hibiscus syriacus is a hardy deciduous shrub. It is upright and vase-shaped, reaching 2–4 m (7–13 feet) in height, bearing large trumpet-shaped flowers with prominent yellow-tipped white or pink stamens.  H. syriacus has 5-petaled flowers (to 7.5 cm or 3 inches diameter) in solid colors of white, red, purple, mauve, violet, or blue, or bicolors with a different colored throat, depending upon the cultivar. Extending from the base of these five petals is the pistil at the center, with the stamen around it.

Hibiscus thrives in a moist, but well-drained, mixture of sand, clay, chalk, and loam. Hibiscus syriacus is highly tolerant of air pollution, heat, humidity, poor soil and drought. The species has naturalized very well in many suburban areas, and might even be termed slightly invasive, so frequently it does seed around. 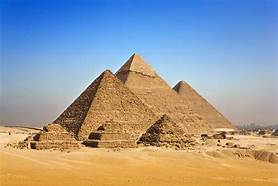 ​
​The Hibiscus Syracuse grows prolifically throughout the country so it’s not surprising that it was chosen as the national flower of South Korea. It’s even mentioned in their national anthem and appears in the national emblem. According to South Koreans, it symbolizes the infinite love for their country and countrymen.