The land of the morning calm

The history of Korea stretches back to Lower Paleolithic times. 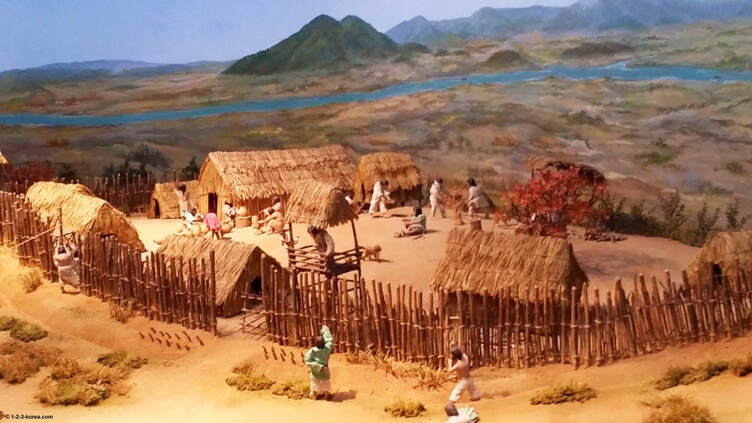 Archaeological evidence shows that hominids first inhabited the Korean Peninsula 700,000 years ago, though some North Koreans claim it may have been inhabited for 1,000,000 years.

Tool-making artifacts from the Paleolithic period (700,000 B.C.E. to 40,000 B.C.E.) have been found in present-day North Hamgyong, South P'yongan, Gyeonggi, and north and south Chungcheong Provinces. The people lived as cave dwellers and built homes, using fire for cooking food and warmth. They hunted, gathered and fished with stone tools.

​According to legend, Dangun founded Gojoseon, Korea's first kingdom, in 2333 B.C.E., in southern Manchuria and northern Korean peninsula. By the third century B.C.E., it had disintegrated into a series of states. 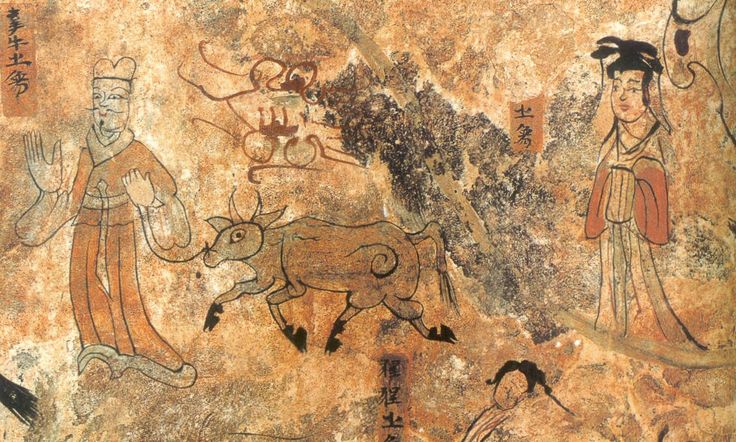 Fresco from the Three Kingdoms.
In the early years of the Common Era, the Three Kingdoms (Goguryeo, Silla, and Baekje) conquered other successor states of Gojoseon and came to dominate the peninsula and much of Manchuria.

During that period, Korea played an important role as a transmitter of cultural advances, aiding the formation of early Japanese culture and politics.

Census records from early Japan show that most Japanese aristocratic clans traced their lineage to the Korean peninsula.

The Japanese Emperor stated that "it is recorded in the Chronicles of Japan that the mother of Emperor Kammu was of the line of King Muryeong of Baekje," and "I believe it was fortunate to see such culture and skills transmitted from Korea to Japan."

The Korean kingdoms competed with each other both economically and militarily. While Goguryeo and Baekje had great power for much of the era, defeating Chinese invasions several times, Silla's power gradually extended across Korea, eventually establishing the first unified state to cover most of Korean peninsula by 668.

Costume of an emperor of the Josean dynasty.
Unified Silla fell apart in the late ninth century, giving way to the tumultuous Later Three Kingdoms period (892-936), which ended with the establishment of the Goryeo Dynasty.


In 1392, the general Yi Seong-gye established the Joseon Dynasty (1392-1910) after a coup. King Sejong (1418-1450) promulgated Hangul, the Korean alphabet, as an alternative to Chinese characters, previously the only system of writing. This period produced many cultural and technological advances.

By the 1870s, Japan was steadily forcing Korea out of China's sphere of influence and into its own. In 1895, Empress Myeongseong was killed, with Japanese involvement in the assassination.

​ In 1905, Japan forced Korea to sign the Eulsa Treaty making Korea a protectorate, and in 1910 annexed Korea. The massive nonviolent March 1st Movement of 1919 manifested Korean resistance to the Japanese occupation. 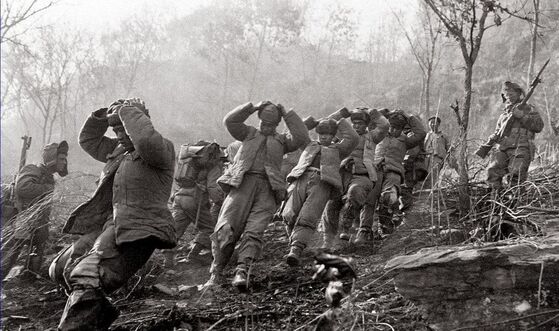 In 1948, the South held UN mandated democratic elections while the North suffered the imposition of a communist dictatorship, divided at the 38th parallel.

​The North, emboldened by the belief the USA would refuse to come to the South's aid, attack the South on June 25, 1950, unleashing the Korean war of 1950 ending any hope of a peaceful reunification at that time.
The Constitution of the Republic of Korea (South Korea) and the amended Presidential Election Act of 1987 provide for election of the president by direct, secret ballot, ending sixteen years of indirect presidential elections under the preceding two governments. The president is directly elected to a five-year term, with no possibility of re-election.
Moon Jae-in, former human rights lawyer and chief of staff to then-President Roh Moo-hyun,assumed post of president of South Korea on 10 May 2017 immediately upon being elected with a plurality of 41.1%.
Kim Jong-Un is the current leader of the Democratic People’s Republic of Korea,(North Korea). He is part of the Kim dynasty that has been in power since 1948. It was started by Kim II- Sung and it has gone one for three generations.