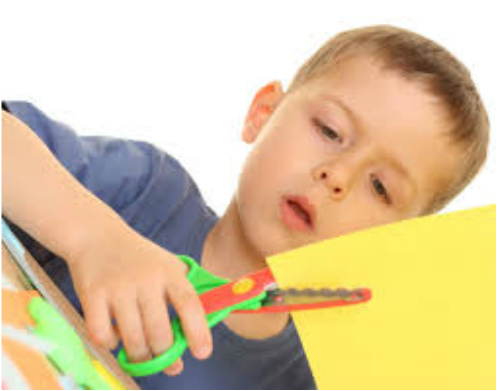 We've found some traditional Korean games and craft for you to try. You won't need any special materials, just what you have on hand. Your grandkids will have fun playing them and learning about another culture as well. 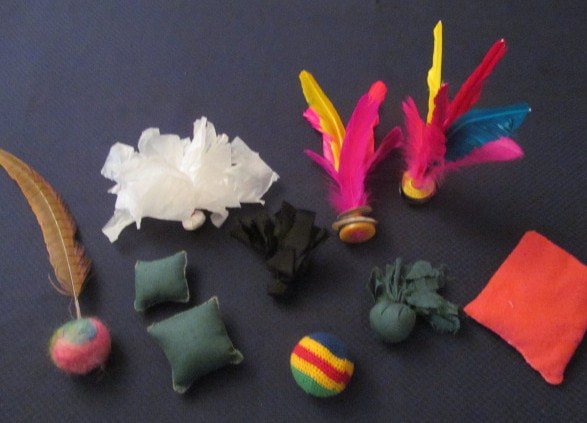 Jegi Chagi is a traditional Korean game in the hackysack/shuttlecock family. It probably descended from Cuju, an ancient Chinese ball kicking game, which is also an ancestor game to Soccer. Cuju led to the Chinese game of Jianzi which was popular during the Han Dynasty (206 BCE – 220 CE) and was probably introduced to Korea at an early date as there are mentions of the game in Goguryeo during the Three Kingdoms period. The brightly colored feathered shuttlecocks in the photo above are modern Chinese Jianzi. You can also buy an American version called Kikbo.
​
Traditionally, however, the construction of the jegi would have been much more basic. Originally slightly flattened cloth balls were filled with clay, ashes, or even horse dung. A feather, typically a long tail feather from a pheasant, would be stuck into the flattened ball.
In order to get a playable result there has to be a balance between weight, because you need it to fall, and drag, because you want a slow fall so you have time to kick it back up into the air. The drag also somewhat lessens the effect of something falling and hitting your foot, so while you could play with just a large pebble or small rock, it wouldn’t be much fun. When coins with holes in the middle became easily available jegi started to be made with said coins being wrapped with cloth or korean paper.

The game was once associated with winter and the Lunar New year in particular. Nowadays it is mostly played by children, with Korean schools teaching it in third or fourth grade. Jegi Chagi provides many health benefits as well as increasing strength, agility, concentration, patience, and stamina. It also shows up in Korean variety shows as a challenge, mission, or just for laughs. It looks like an easy game but it is actually much harder than it looks and takes practice to become good at it.

The basic idea is to use the side of your foot to keep the jegi in the air. If you put your foot down to the ground between each kick it is a version called Ddangganghji, but if you keep kicking the jegi up into the air without letting your kicking foot touch the ground it is called Hullangyi. You can also alternate feet, play with a partner or group, or even play using your heel instead of the side of your foot. It is also a game which is open for you to invent house rules or methods of play; maybe you have to kick it through a hoop or into a bucket after a certain number of kicks. You lose if the jegi touches the ground or your hand. 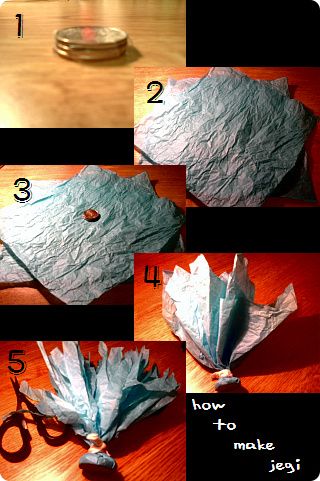 It is quite easy to make your own jegi. The simplest way is to use some coins, some tissue paper, and a twist tie.
It is that easy. You can change things up by using a plastic bag or cloth instead of the tissue paper, or you can change the number and size of the coins you use.
​
This is great traditional game that is lots of fun and is good for you too. I was told that to help beginners tie the jegi to a piece of string and hang it from a branch, that way while you are practicing you don’t have to bend down to the ground to pick it up each time you miss.