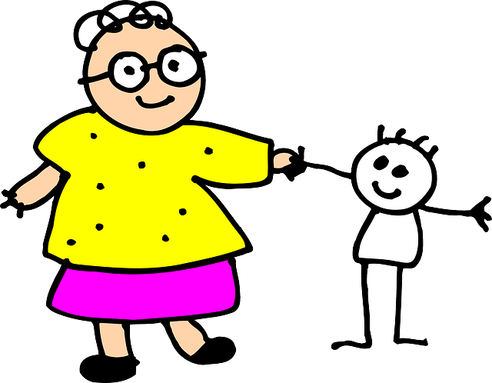 by Irene Frances Olson
​
No greater societal influence can be found than that which comes forth from grandparents. Not politicians, nor Nobel Peace Prize winners, not even exceptional full-time parents hold as much power as do part-time Grandmothers and Grandfathers.

There, I’ve said it, and I wouldn’t know that to be the case had I not become a Grammo – my grandson’s moniker for me – less than three years ago.

I am a parent to one daughter and a stepparent to two additional daughters and although I am certain I have somehow managed to pass along words of wisdom and ways of being that have benefited all three of those daughters, I feel confident the influence I project onto my grandson is of far greater value.

How could I possibly state such an affirmation when my parenting experience of forty-three years far surpasses the comparatively brief period of time I have spent grandparenting? Because I know it to be the truth. When I was a young parent, I knew nothing and quite frankly I am more than surprised that I managed to succeed at raising a youngster that became as delightfully self-sufficient as she is.

Since 2017, Grampa and I have taken care of our grandson two to three days each week. It had been decades since either of us had carried out our parenting roles yet we slipped seamlessly into caring for a wiggly, wobbly, hungry, and defecating three-month old little creature and managed to greatly excel at all the required tasks. Our Grandson’s Momma had this to say about that: It brings such peace of mind knowing that while we’re at work, our child is being looked after by family members who are as invested in his development and well-being as his parents are. Having involved grandparents is so helpful and enriching for child and parents alike!

I would venture to say that many grandparents would agree that their job is far easier than that of being a parent: we have experience, insight, and foresight, and because of the length of our time spent on this earth, we’ve managed to prioritize the important from the trivial, leaving the latter by the wayside where it belongs. And it’s not simply because we get to return the grandchild back to his parents at the end of the day that makes it easier, rather, we’ve learned not to sweat the small stuff so we can focus on the big stuff that really matters!

From an economic standpoint, grandparents do their adult children a great favor by saving them the money that would have been spent on extraordinarily expensive childcare, leaving them to more efficiently budget for their present and future needs and interests. But it’s more than that, don’t you think? Our grandchildren’s parents can concentrate on their chosen professions, knowing little Lucas or darling Lucy are in the best possible hands during their workday because the little ones are with family they can trust.

Having a grandparent opportunity means the world to me. Extended family is something I lacked growing up because my grandparents lived in a different country. I had absolutely no relationship with them so neither they as older adults, or my siblings and I as youngsters, could boast of the close bonds that can result from ongoing participation in the lives of two disparate generations. How I would have loved to have had a Grammo and a Grampa with which to grow up.

I know without a doubt that our grandson enjoys his time with us but I feel selfishly confident that us grandparents benefit equally as much. Maybe it’s because I never anticipated being in this role that makes me feel all the more special, or perhaps just knowing that I have a chance to be a positive influence on him makes me feel delightfully responsible for how he sees life through the lens of his inexperienced eyes. Having a second chance to do that is a gift that only grandparents, or those in similar familial caregiving roles, are given at a time in their lives when at a somewhat advanced age, they are seeking new definition and purpose.

To be sure, my life is more than just the time I spend with my grandson, but that time spent is one of the most enjoyable and gratifying times this Grammo has recently experienced in all her sixty-six years. So yes, Grampa and I are providing a valuable service to our adult children, but they’re doing the same for us.