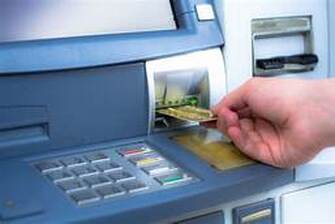 I’m sure you’re aware of the upheaval going on in the U.S.
Major cities are on fire.
Individuals who say they are sending a message are looting and burning.
That message is ignorance.

After the senseless death of a black man in custody of police, our country is bordering on nation-wide violence.

While there are many different opinions, there is little doubt that a problem exists.
What surprises me is that this occurred in the northern U.S. I would have thought that racism would have shown its ugly head in the South.

Either way, my country was torn apart.

Growing up in Alabama in the 1960s, racism was alive and well. I didn’t know much about it because my family lived in a rural area and farmed. We were too poor to worry about what was going on in the cities.

I didn’t know anyone of color, but I also didn’t know about racism because my family wasn’t racist and slurs were never heard in my home.

I have friends who are black, oriental, Hispanic and a couple I’m not quite sure, but they’re all friends and I have never understood why people treat others who are different in a negative way.

True people of the South have a sense of defeat, even 150 years after the war. Racism is still a part of many people who are ignorant or just plain mean, yet it is not prevalent in our law enforcement and I wonder why it apparently is In Northern cities?

All I can feel now is that the earth is crying, the wind carries the clouds that hold the tears of heaven and the air absorbs the words of peace but spasms against the words of hate.

We should be aware that we are living in the future’s past. Teachers will tell students about the Coronavirus of 2020, then about the protests in the U.S. over treatment of black men by law enforcement.

I wonder what they will think of us? Did we develop a vaccine and cure everyone? Did we finally overcome racism? Did we learn anything?
Lonnie McKelvey is a freelance writer based in Fort Payne, Alabama, and is a regular contributor to Grandparents Day Magazine.