A deguscussion by an arty farty foodie. 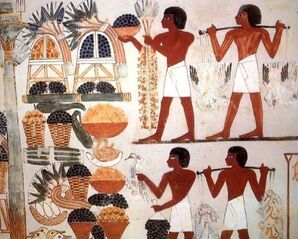 As the foundation of our very existence, the portrayal of food has always played a substantial role in our social and cultural lifestyles, spanning all of recorded human history. It appears in ancient Greece and Rome where banquets and revelry were consuming passions celebrated in literature, painting, and mosaics. Drawings of food found inside Egyptian pyramids and as a recurring theme through the Middle Ages and Renaissance to modern times have been depicted as a celebration of a theme, composition itself or a metaphor. Its relevance reaches even further, connecting with the larger themes of politics, gender, religion and class. 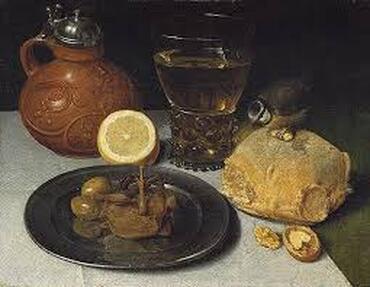 In the fifteenth century, western artists took increasing inspiration from the culture of antiquity and the natural world and began depicting a variety of still life objects in both devotional and secular images. The food was the primary source of inspiration, and with these still lifes, painters tried to freeze a point in time in the most realistic perspective, but also display a virtuosic skill of observation and description of colour shape and texture. While some canvases represent the feast as an extravagant display of pleasures, some others appeal to sobriety and abstinence. More than often, food carried a symbolic meaning or an allusion to the painting’s subject. Representing certain features, virtues or values, this symbolism of food and drink was mainly rooted in classical literature. 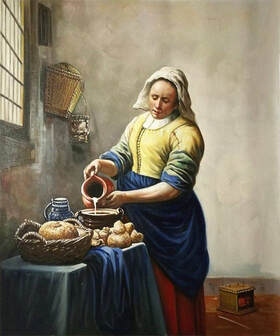 By the seventeenth century, the art world became interested in the scientific examination and still life flourished as an independent genre, particularly in the Netherlands, Italy, and Spain. As one of the most popular subjects, the food was depicted with exquisite realism and detail. In the forefront were the Dutch and Flemish masters who depicted abundant and lavish food displays such as game, fowl, lobster, shellfish, exotic citruses or precious grapes. These expensive delicacies were associated with a privileged lifestyle that the owner of the painting wanted to be identified with. Yet, this imagery sometimes also served as a reminder of transient nature of luxury or the perils of gluttony. Artists such as Vermeer took a different route than his Dutch contemporaries. In his famous painting The Milkmaid, he used expensive pigments, rich colours, and exceptional lighting to paint the most common of foods – milk and bread. The symbolic potency of this kind of imagery lived on into the eighteenth century. 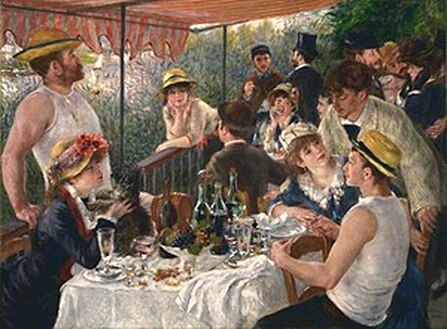 By the end of the 19th century, artists started conveying moments from the real life. They depicted people socializing around food or humble people like peasants and farmers eating their simple meals, such as Vincent van Gogh in his painting The Potato Eaters from 1885. Other modernist painters like Cezanne used the still life genre to advance ideas about what modern art could look like. His still life illustrations are viewed as a mixture of both traditional and modern – while the fruits and vegetables in his pieces are easy to identify, they appear as decorative items. Some other impressionist artists depicted harmonious scenes of collective dinners, all in subtlety, refinement, and delight, revealing the social aspect of food. In pieces such as Manet’s The Luncheon on the Grass or Renoir’s Luncheon of the Boating Party, enjoyable indolence is palpable and the food is presented as a central element of the scene. 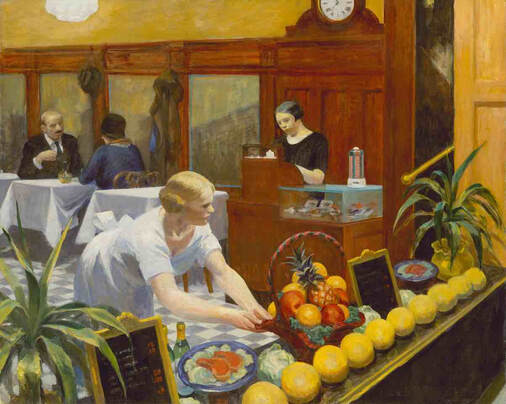 They also wanted to contemplate the changing nature of society and food became an excellent subject matter to comment on it. Edward Hopper’s painting Tables for Girls from 1930 comments on several Depression-era issues such as money, hunger, gender, and class.

​The scene shows two patrons eating out, something not everybody could afford at the time, and a cashier and a waitress, both women in new roles outside the home. 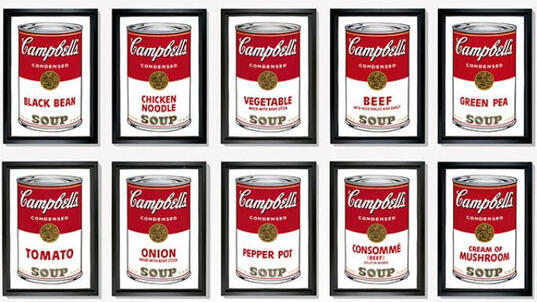 With the economic development and the arrival of consumerism in the mid-twentieth century, pop artists started introducing regular everyday objects into high art. Often seen as a critique of consumerism and consumer culture, images featuring mass-produced food have been a mainstay of contemporary artists all around the world. Warhol criticized the rise of a homogeneous society through his 32 Campbell’s Soup Cans from 1962 placed next to each other in a linear, monotonous continuity. Lichtenstein’s Still Life with Crystal Bowl from 1973 appears surreal, as if the fruits in the bowl were cut off a magazine or a comic book, completely fake and unsubstantial. Wayne Thiebaud‘s paintings of cake counters embodied an optimistic spirit of never-ending prosperity.
​Food in art is also used in the practice of Feng Shui. The item, colour and lighting are meant to calm the mind, and their placement draws positive energy into your living environment. Chinese Feng Shui deems that a still life consisting of a basket of fruit is an element that will promote health and bring balance to your life. ​