It’s interesting to hear the rumours circulating about the Covid vaccines. They are not, some would have us believe, designed to guard against contracting the disease but instead are a ghastly plot to inject control modules into our systems that will make us mere pawns of Microsoft. Huh? 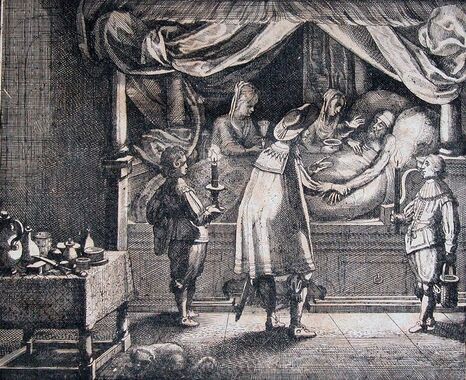 We’re sure medicinal remedies have been questioned for millennia but some of the fad cures of the day have also been adopted with zeal in the hope of finding relief from whatever condition people suffered.

So come with us on a rather bizarre journey through some of the more exotic medicines of previous eras. We’re reasonable sure you won’t be trying any of them soon. 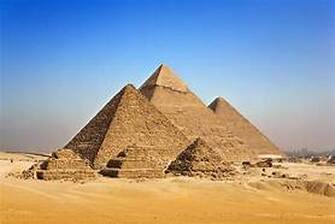 Tapeworm diet
​Definitely not for the squeamish, the bizarre fad for tapeworm was a dietary hit in the Victorian era. Ladies seeking bodily perfection would swallow a tapeworm egg pill knowing the critters thrive in intestines and would eat whatever they ate, leading to weight loss. Incredibly, ingesting tapeworm pills for this reason still takes place today. 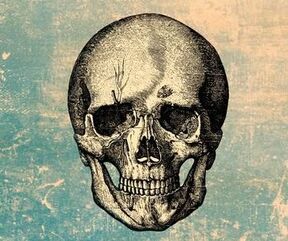 Corpse medicine
​Corpse medicine is medical cannibalism. The Romans were enthusiastic exponents of this unsavory practice, and routinely ingested remedies containing human bones, blood and fat as medicine for everything from headaches to epilepsy. The idea obviously caught on because corpse medicine became equally popular in the New World and throughout Europe, peaking in the 16th and 17th centuries. 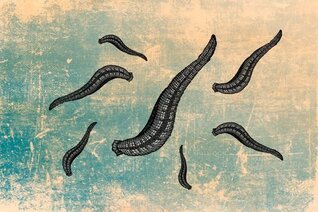 Leech therapy
​Leech therapy went hand in hand with the bloodletting process. It was used as a treatment for nervous system abnormalities, skin diseases, dental problems, and infections. Leech therapy is still in use in modern medicine practices because the little bloodsuckers secrete peptides and proteins that work to prevent blood clots. 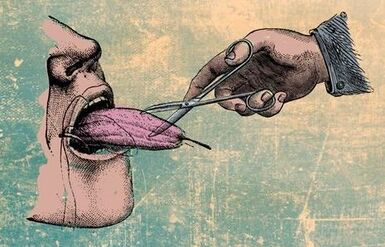 Hemiglossectomy
​The medical definition of hemiglossectomy is the surgical excision of one lateral half of the tongue. Back in the mid-1800s, it meant the partial removal of a patient's tongue—to cure stuttering! Furthermore, this cruel and barbaric procedure was often performed without anesthesia. 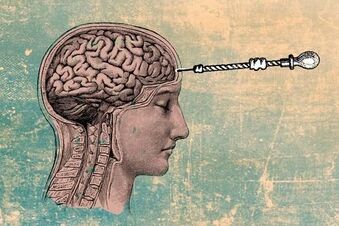 Lobotomy
​Mental illness has baffled medics and scientists for millennia. But in the early 20th century, a procedure known as a lobotomy was heralded as a breakthrough in further understanding the vagaries of the human mind. During a lobotomy, the nerve pathways in the lobes of the brain are severed. Few patients experienced any symptomatic improvement after undergoing the operation. Eventually, lobotomy was recognized for what it really is–an invasive and barbaric procedure–and rightly disparaged and condemned.
Methamphetamine
​Methamphetamine was discovered in 1893 and soon became a substance of choice to treat a variety of ailments, including narcolepsy and asthma. But it later found favor as a treatment for weight loss. In the 1950s, Obetrol was marketed as a remedy for obesity. Highly addictive, methamphetamine can induce psychosis, breakdown of skeletal muscle, seizures, and bleeding in the brain. 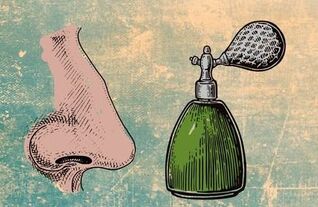 Fart sniffing
​Desperate times call for desperate measures. When the Black Death was ravaging London in the 1600s, physicians turned to bodily fumes. Experts claimed potent gas could counteract plague exposure, so residents either huffed farts from jars, or kept a stinky animal inside their home. Considering the widespread devastation of the Bubonic plague, it’s safe to say this one didn’t work.
"Powder of sympathy"
​We have one Sir Kenelm Digby (1603–1665) to thank for the "powder of sympathy," a form of sympathetic medicine that the Englishman hoped would cure a very specific injury: sword wounds. His wacky solution was to grind earthworms, pigs' brains, iron oxide (rust), and bits of mummified corpses into a powder. But here's the rub: the powder was applied not to the wound itself but to the offending weapon. Digby surmised that the strange concoction would somehow encourage the wound itself to heal—via a process he called "sympathetic magic." 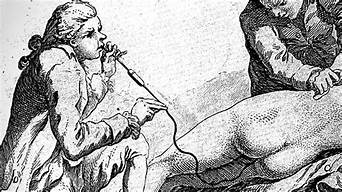 Tobacco smoke enema
​Some misguided physician in the 18th century came up with the notion that inducing a tobacco smoke enema could help those suffering from headaches, respiratory failure, colds, or abdominal cramps. It was believed that nicotine could stimulate a patient's adrenal glands, produce adrenaline, and revive them. The idea eventually went up in a puff of smoke. 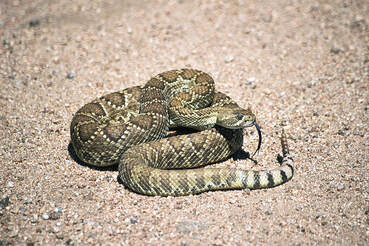 Rattlesnake for rheumatism
An old cure for “rheumatism” was to kill a rattlesnake before it had a chance to strike (always a good idea), skin it, dry it, and then put the remains in a jug of corn whiskey. Then, drink the whiskey. No surprise: There’s no science to support this (and it’s a little too dangerous to recommend). But there have been studies at Israel’s Shulov Institute for Science looking at the possibility that snake venom, with toxins removed, could become a potential remedy for arthritis. Venom contains certain peptides — a molecule containing amino acids — that can turn off pain signals, which is handy for a reptile that needs to immobilize its prey. Of course, there’s a fine line between momentary paralysis and death, so we don’t want you trying this one at home.
Earache cures we can do without
These cures should be labeled “weird, wacky and disgusting.” The first, mentioned in several compilations of old home remedies, calls for putting drops of urine in the affected ear. It’s even been written that Elvis Presley’s mother relied on this creepy remedy whenever The King had a childhood earache.
Another gross-sounding trick was to stuff the painful ear with a moist wad of chewing tobacco — or even to blow tobacco smoke into the ear. Thanks, but we’ll pass on all of these. There’s no known science to support any of them.
Putting dirty socks to good use
From Merry Olde England spring some mighty strange sore throat remedies. One–which was actually used widely until the 20th century–called for wrapping your own dirty socks around your throat. Our guess? Since sore throats are so contagious, and in the olden days a signal of potentially lethal diseases, the dirty socks were used to keep loved ones as far away as possible from the patient. But that’s just a guess. Another English treatment involved wrapping bacon around the throat before bedtime. Finally, we couldn’t resist passing along this Irish gem: To heal a sore throat, simply apply salt herring to the soles of the feet.