The formal statues and pharaonic headdresses found in Egyptian ruins might indicate that the ancient Egyptian people were quite solemn, however further evidence indicates that in ancient Egypt games and other forms of entertainment were enjoyed by adults and children alike. 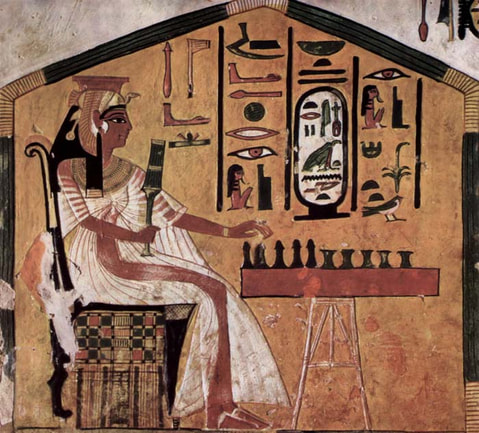 Tomb painting of Nefertari playing Senet.
In ancient Egypt games and other forms of entertainment were comprised of physical activities, board games and toys.

The ancient Egyptians enjoyed the art of play much as we do now. They played board games that required skill and strategy, as well as athletic games that demanded strength and agility. They had toys made of clay and wood and fashioned balls out of leather. They loved to dance and also loved to swim in the Nile River. Board games and pictures depicting people dancing in circles have been found in tombs dating back thousands of years.

In ancient Egypt, board games were extremely popular and many different kinds existed, both for two players at a time and multiple players. Very expensive game sets, made of precious materials such as ivory and ebony, have been discovered in tombs throughout Egypt.

​Dice carved from stone and ivory were typical components of many ancient Egypt games.

Senet
The most popular of the ancient Egypt board games was a game called Senet. One of the oldest known Senet board representations ever found was a painting from 2,686 B.C. in the tomb of Hesy-Ra.

The board game had three rows of ten squares. Some of the squares had symbols which represented bad and good fortune. Two sets of pawns were used to play the game. The object of the game was to be the first player to pass into the afterlife unscathed by bad fortunes along the way.

The ancient Egyptians believed the winner was under the protection of the gods Ra, Thoth and Osiris. It was a game of chance that also required some strategy and skill.

​Senet boards were placed in graves because they believed the dead could use them on their dangerous journey to the afterlife. In fact, four Senet boards were found in King Tutankhamen’s tomb. 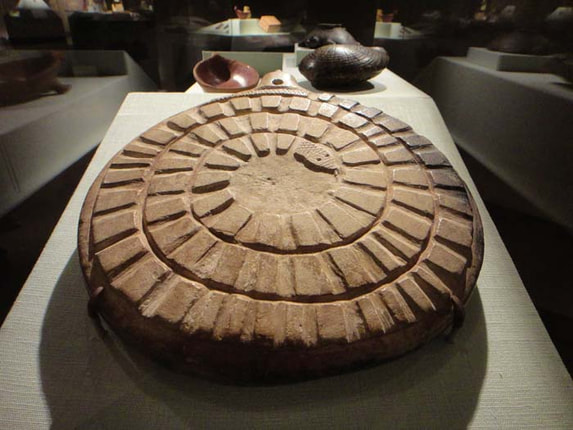 Mehen
Mehen is also known as the Game of the Snake and references the snake god of the same name. Evidence of Mehen dates back as early as 3,000 B.C. The board is circular and it is a snake curled around itself divided into rectangular spaces, with the head of the snake at the center. Boards have been found with different numbers of rectangular spaces as well as with different numbers of game pieces.

Game pieces were in the shape of lions and lionesses and were played with balls that resembled marbles. Game instructions are still unknown though many attempts to decipher it have been made. One such theory is that it is very similar to a game called the Hyena Game which is played today. 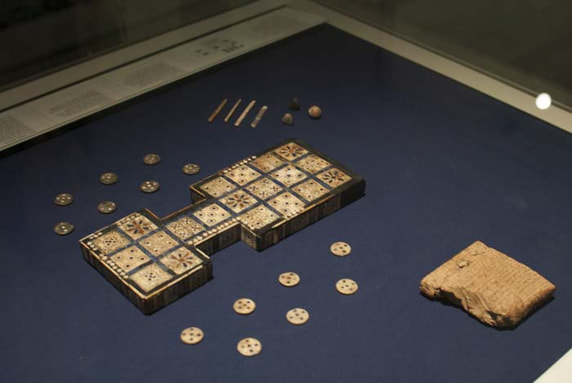 ​A player must throw a four or a six to get their piece out of the home (or reserves) and then throw again to be able to move it. If a player lands on a square that his opponent already occupies, then the opponent’s piece goes back home (to the reserves). 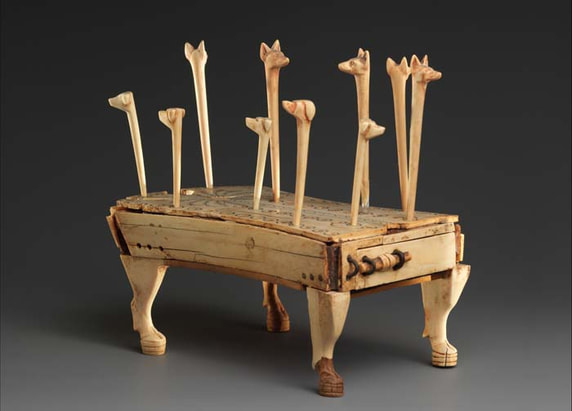 Hounds and Jackals
The Hounds and Jackals game dates back to 2,000 B.C. It contains ten carved ivory pegs, five of which resemble hounds and five jackals. These pieces were kept in a drawer underneath the game’s rectangular but rounded surface.

Although actual game play instructions are still unknown, it is believed that it was the ancient Egyptians’ favourite race board game.

​Players navigate their ivory pegs through the holes on the surface by rolling sticks, dice or knuckle-bones. To win, a player must be the first one to move all of their five pieces off the board.

Toy milling servant.
Toys In Ancient Egypt
Ancient Egypt children’s games and toys were similar to the toys children play with today. Some of these toys included clay rattles and miniature animals and people shaped out of clay.

​If they were lucky enough, a child might play with a wooden toy that had moving parts. There were wooden hippos with movable jaws, cats and crocodiles with movable mouths and a mouse with a tail that moved by pulling a string.

Other toys children played with included dolls made of cloth that were stuffed with papyrus reeds, balls made of leather or woven papyrus and stuffed with horsehair or straw. These balls were often used for juggling. Wooden spinning tops were also quite popular. They were usually cone-shaped with a decorated top. 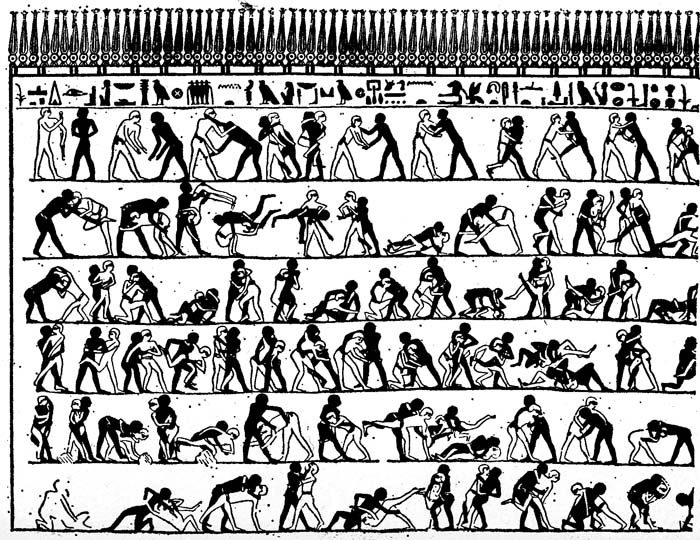 Tomb mural depicting Wrestling.
Athletic Games
Ancient Egyptian children were outside nearly all day long. Based on pictures depicted on tomb walls, we know that children enjoyed wrestling, the javelin throw, and games (especially for boys) that were defined by two teams and two leaders.

They also favoured racing games in different varieties (alone or with other children on their backs) and even games like the modern-day chicken fight.

Girls generally played games that were less physical and less competitive. Everyone, boys and girls, enjoyed swimming in the Nile and dancing.