How does Ageism impact more than
​just older adults? 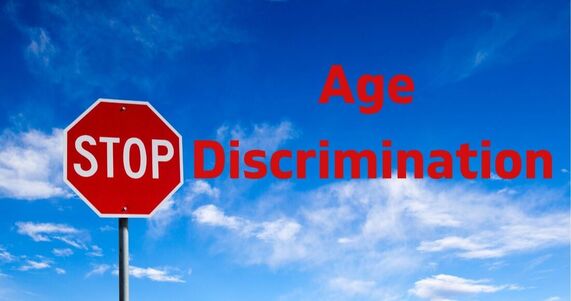 Ageism is a type of discrimination that involves prejudice against people based on their age. Similar to racism and sexism, ageism involves holding negative stereotypes about people of different ages.

The term ageism was first used by gerontologist Robert N. Butler to describe the discrimination of older adults. Today, the term is often applied to any type of age-based discrimination, whether it involves prejudice against children, teenagers, adults, or senior citizens.

Manifestations of ageism are frequently cited in workplace situations, where it can lead to pay disparities or difficulty finding employment.

Younger adults may have difficulty finding jobs and receive lower pay due to their perceived lack of experience, while older adults may have problems achieving promotions, finding new work, and changing careers.
Stereotypes That Contribute to Ageism

Researchers Susan Fiske has suggested that stereotypes about older people often relate to how younger people expect them to behave.
Just How Common Is Ageism?
Researchers have also found that ageism is surprisingly commonplace. In one study published in a 2013 issue of The Gerontologist, researchers looked at how older people were represented in Facebook groups. They found 84 groups devoted to the topic of older adults, but most of these groups had been created by people in their 20s. Nearly 75 percent of the groups existed to criticize older people and nearly 40 percent advocated banning them from activities such as driving and shopping.

Older adults also feel the impact of this discrimination in the workplace. According to the US Equal Opportunity Commission, almost a quarter of all claims filed by workers are related to age-based discrimination.

The AARP reports that 1 in every 5 workers in the United States is over the age of 55. Nearly 65% of workers say that they have experienced age-based discrimination at work and 58% of those surveyed believe that ageism became apparent starting at age 50.

How to Combat Ageism
The American Psychological Association suggests that ageism is a serious issue that should be treated the same as sex, race, and disability-based discrimination. They suggest that raising public awareness about the issues ageism creates can help. As the population of older adults continues to increase, finding ways to minimize ageism will become increasingly important.

How Does Implicit Bias Influence Behavior?Explanations and Impacts of Unconscious BiasAn implicit bias is an unconscious association, belief, or attitude toward any social group. Due to implicit biases, people may often attribute certain qualities or characteristics to all members of a particular group, a phenomenon known as stereotyping.1﻿

A person may even express explicit disapproval of a certain attitude or belief while still harbouring similar biases on a more unconscious level. Such biases do not necessarily align with our own sense of self and personal identity. In many cases, people can hold positive or negative associations with regards to their own race, gender, religion, sexuality, or another personal characteristic.

The Psychology Behind Peoples' Prejudices
While people might like to believe that they are not susceptible to these biases and stereotypes, the reality is that everyone engages in them whether they like it or not. This reality, however, does not mean that you are necessarily prejudiced or inclined to discriminate against other people. It simply means that your brain is working in a way that makes associations and generalizations.

In addition to the fact that we are influenced by our environment and stereotypes that already exist in the society into which we were born, it is generally impossible to separate yourself from the influence of society.

You can, however, become more aware of your unconscious thinking and the ways in which society influences you.

It is the natural tendency of the brain to sift, sort, and categorize information about the world that leads to the formation of these implicit biases. We're susceptible to bias because of these tendencies:
Implicit Attitude Test
The term implicit bias was first coined by social psychologists Mahzarin Banaji and Tony Greenwald in 1995. In an influential paper introducing their theory of implicit social cognition, they proposed that social behaviour was largely influenced by unconscious associations and judgments.

In 1998, Banaji and Greenwald published their now-famous Implicit Association Test (IAT) to support their hypothesis. The test utilizes a computer program to show respondents a series of images and words to determine how long it takes someone to choose between two things.

In addition to a test of implicit racial attitudes, the IAT has also been utilized to measure unconscious biases related to gender, weight, sexuality, disability, and other areas. The IAT has grown in popularity and use over the last decade, yet has recently come under fire.

Among the main criticisms are findings that the test results may lack reliability. Respondents may score high on racial bias on one test, and low the next time they are tested.

Also of concern is that scores on the test may not necessarily correlate with individual behaviour. People may score high for a type of bias on the IAT, but those results may not accurately predict how they would relate to members of a specific social group.

Link With Discrimination
It is important to understand that implicit bias is not the same thing as racism, although the two concepts are related. Overt racism involves conscious prejudice against members of a particular racial group and can be influenced by both explicit and implicit biases.

Other forms of discrimination that can be influenced by unconscious biases include ageism, sexism, homophobia, and ableism.

One of the benefits of being aware of the potential impact of implicit social biases is that you can take a more active role in overcoming social stereotypes, discrimination, and prejudice.

Effects
Implicit biases can influence how you behave toward the members of social groups. Researchers have found that such bias can have effects in a number of settings, including in school, work, and legal proceedings.

School
Implicit bias can lead to a phenomenon known as stereotype threat in which people internalize negative stereotypes about themselves based upon group associations. Research has shown, for example, that young girls often internalize implicit attitudes related to gender and math performance.

By the age of 9, girls have been shown to exhibit the unconscious beliefs that females have a preference for language over math. The stronger these implicit beliefs are, the less likely girls and women are to pursue math performance in school. Such unconscious beliefs are also believed to play a role in inhibiting women from pursuing careers in science, technology, engineering, and mathematics (STEM) fields.

Studies have also demonstrated that implicit attitudes can also influence how teachers respond to student behavior, suggesting that implicit bias can have a powerful impact on educational access and academic achievement.

In the Workplace
While the Implicit Attitude Test itself may have pitfalls, these problems do not negate the existence of implicit bias. Or the existence and effects of bias, prejudice, and discrimination in the real world. Such prejudices can have very real and potentially devastating consequences.
One study, for example, found that when Black and White job seekers sent out similar resumes to employers, Black applicants were half as likely to be called in for interviews as White job seekers with equal qualifications.8﻿ Such discrimination is likely the result of both explicit and implicit biases toward racial groups.

Even when employers strive to eliminate potential bias in hiring, subtle implicit biases may still have an impact on how people are selected for jobs or promoted to advanced positions.9﻿ Avoiding such biases entirely can be difficult, but being aware of their existence and striving to minimize them can help.

Healthcare Settings
Certainly, age, race, or health condition should not play a role in how patients get treated, however, implicit bias can influence quality healthcare and have long-term impacts including suboptimal care, adverse outcomes, and even death.

For example, one study published in the American Journal of Public Health found that physicians with high scores in implicit bias tended to dominate conversations with Black patients and, as a result, the Black patients had less confidence and trust in the provider and rated the quality of their care lower.10﻿

Researchers continue to investigate implicit bias in relation to other ethnic groups as well as specific health conditions, including type 2 diabetes, obesity, mental health, and substance use disorders.

Legal Settings
Implicit biases can also have troubling implications in legal proceedings, influencing everything from initial police contact all the way through sentencing. Research has found that there is an overwhelming racial disparity in how Black defendants are treated in criminal sentencing.11﻿
Not only are Black defendants less likely to be offered plea bargains than White defendants charged with similar crimes, but they are also more likely to receive longer and harsher sentences than White defendants.

How to Reduce Implicit BiasImplicit biases impact behavior, but there are things that you can do to reduce your own bias: