13 foods that aren't what you think they are.​

There's nothing like a fresh bowl of pasta topped with wood shavings, emitting the mouthwatering aroma of petroleum product, and paired with warm, crusty bread that's been dipped in artificially coloured soybean oil. 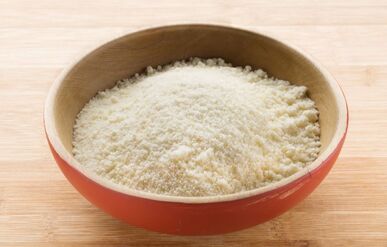 If that doesn't sound appetizing, then too bad, because you might have already had that meal.
​
With the recent discovery that wood pulp was being used as filler in grated Parmesan cheese, you might be wondering what else you're inadvertently eating.

Here's a list of 13 foods that are often mislabeled, misnamed, or simply misunderstood, from extra-virgin olive oil to white chocolate.
​
Grated parmesan cheese
Cellulose, made from wood pulp, is a safe food additive when used as an anti-clumping agent, acceptable at levels of 2% to 4%. However, Bloomberg News recently found that multiple brands of "100% Grated Parmesan Cheese" had as much as 7.8% and 8.8% cellulose, with one expert estimating that 20% of U.S.-produced grated Parmesan cheese is mislabeled.

In addition to cellulose, grated Parmesan is sometimes also mixed with cheaper cheeses like Swiss, mozzarella, and cheddar.

Bacon bits
Some of the "bacon" bits you put on baked potatoes and salads aren't bacon at all; they're pieces of flavoured soy flour. In fact, McCormick Bac'n Pieces and Betty Crocker Bac-Os are actually vegan. If you need real bacon, however, there are brands that use it, like Hormel and Oscar Mayer. 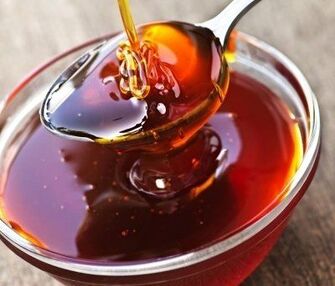 Breakfast syrup and maple products
What many of us think of as "maple syrup" is not the real deal. Brands like Mrs. Butterworth's, Aunt Jemima, and Log Cabin avoid the word "maple" in their official names, though Log Cabin's "all-natural" syrup upset maple syrup producers, who said the packaging was designed to deceive consumers into thinking they were buying the real thing.

More recently, this past February maple industry groups sent a letter to the FDA, protesting foods labeled as maple without listing maple in the ingredients, like Quaker Oats Maple & Brown Sugar Instant Oatmeal.

Pomegranate juice
If you've ever snacked on a pomegranate, you know it's a time-consuming endeavour, though there are tons of hacks devoted to deseeding and enjoying the sweet-and-tart gems in as few as 10 seconds.

Pomegranate juice can seem like a hassle-free way to get some of the health benefits, including improved heart health and an antioxidant boost. However, some pomegranate juices are diluted with other fruit juices.
​
A few years ago, a lawsuit filed by POM Wonderful against the Coca-Cola Co. made it all the way to the Supreme Court, which ruled that Coca-Cola's Minute Maid Pomegranate Blueberry juice was false advertising, because the product was mostly apple and grape juices. 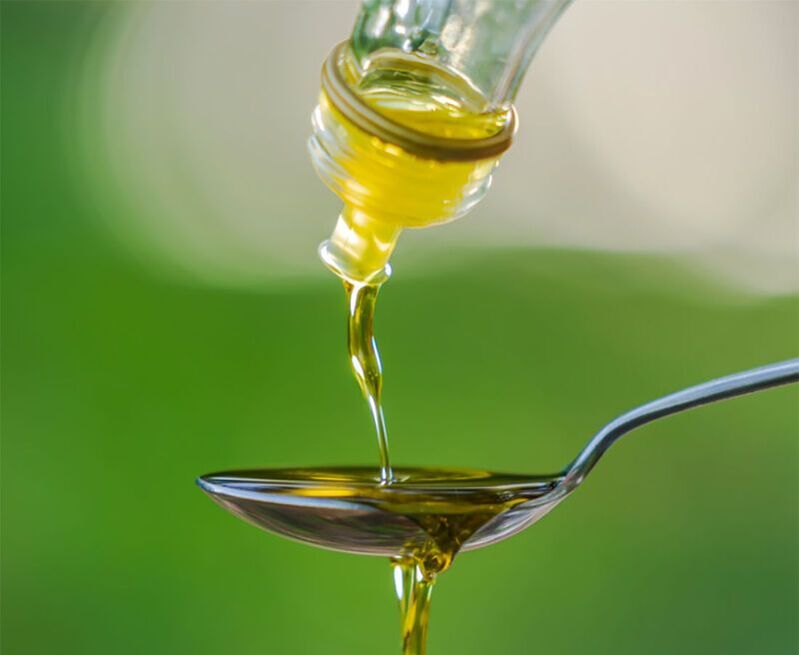 What you don't know about the often-shady olive oil industry could fill a book. Specifically, Extra Virginity: The Sublime and Scandalous World of Olive Oil. It's a 2011 look into the history and modern production of olive oil by Tom Mueller, who also covered the "Slippery Business" in an exposé in The New Yorker.

The truth is, there's often nothing virgin about most of the "extra-virgin" olive oil sold in the U.S., and fraudulent oil, 50% by some estimates, is often vegetable oils and artificial coloring. Four out of 10 bottles that claim to be Italian olive oil are just packed or transported through Italy, and are not made from Italian olives.
​
Recently, an Italian criminal investigation was launched against seven of the country's top olive oil companies after tests revealed nine out of every 20 bottles were fraudulent. They were accused of importing canola and soybean oil to mix into their olive oil sold as extra-virgin. 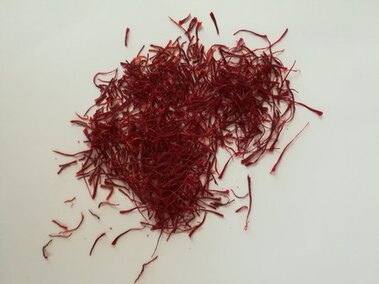 Saffron
At $2,000 to $10,000 per pound, saffron is one of the most expensive spices in the world. When the Crocus sativus flower blooms for a few weeks every year, the stigmas are harvested to create the spice; it takes about 70,000 flowers to create one pound. So it's no surprise that there's counterfeit saffron.

Sometimes dyed corn silk, flowers from safflower, beet fiber, or even red bits of paper are passed off as saffron, while ground saffron is often mixed with turmeric, bark, or paprika. Until recent European Union crackdowns, "Spanish saffron" often came from Iran (where more than 80% of saffron is grown), and then re-exported from Spain. Before you buy saffron, check out tips from sites like Serious Eats to make sure you're purchasing the real thing.

Wasabi
The green condiment that comes with your sushi is usually a mixture of horseradish, mustard, and food colouring. The real stuff, made from the root of the wasabi plant, is harvested from riverbeds. It must be freshly grated, and it loses its herbal flavour in only 15 minutes.

It's estimated that only 5% of wasabi served in Japanese restaurants around the world contains the root of Wasabia japonica. (Also, you're not supposed to mix wasabi into your soy sauce while eating sushi — especially if it's freshly ground, real wasabi.)
​
Caviar
Traditional caviar refers to salted fish eggs, or roe, of sturgeon from rivers that feed into the Caspian Sea and the Black Sea. Because of overfishing and pollution, this caviar is rare, and these sturgeon have become endangered.
​
So many people have turned to American caviar: roe from paddlefish, bowfin, salmon, lumpfish, hackleback sturgeon, and white sturgeon. However, the demand for caviar is now threatening the paddlefish, which survived the dinosaurs' extinction. 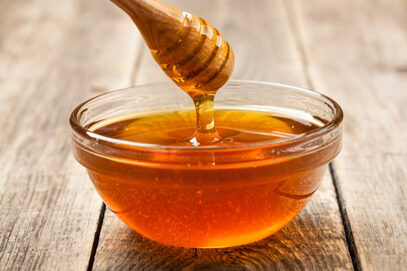 Honey
According to research by the Journal of Food Science, honey makes up 7% of food fraud cases. In 2013, a massive "honey laundering" scheme was uncovered; adulterated Chinese honey, some mixed with sweeteners, antibiotics, and pesticides, was being shipped through other countries to disguise the origin, then imported and sold in the U.S.
​
Truffles
Truffle oil usually isn't made with actual truffles at all, but instead, compounds like 2,4-dithiapentane.
​
A meal made with real truffles can cost about $100, and a bottle of real truffle oil can set you back a few hundred dollars. In fact, the strong smell and flavour that many have come to associate with truffle oil is because of the chemical compound, not real truffles, which are said to have an earthy and more subtle flavour.

Sriracha
When you think of Sriracha, you probably think of the distinctive rooster-adorned red bottle topped with a green nozzle, made by Huy Fong Foods in California.

Since "sriracha" isn't a trademarked term, other companies and brands like Frito-Lay, Heinz, Frank's RedHot, Kikkoman, and Subway can come up with their own versions of the spicy red Asian sauce. It's also why there are so many Sriracha-flavored items, from snacks to beer to lip balm.
​
However, David Tran, owner of Huy Fong Foods, told the Los Angeles Times that he doesn't see the lack of a trademark as a missed opportunity, and considers all the imitators free advertising for his original.

Instead, white chocolate is a blend of cocoa butter (also derived from chocolate liquor), sugar, vanilla, milk products, and lecithin, a fatty emulsifier.

Fans of white chocolate would argue that it is real chocolate, since up to 45% of its mass comes from the cacao pod, though they also acknowledge that poor quality white chocolate can be waxy, chalky, and overly sweet.

Pringles
OK, so Pringles actually are potato chips, according to Britain's Supreme Court of Judicature. However, it was previously ruled back in 2008 they were not officially potato chips — or "crisps," as they're called in the U.K. — because the snack has less than 50% potato content. Procter & Gamble U.K., former maker of Pringles, had actually argued that its snacks weren't potato chips to avoid the British tax on potato products.

What's in Pringles, anyway? A slurry of rice, wheat, corn, and potato flakes that is pressed, rolled out, cut, and then moulded into that signature shape. Then the Pringles are fried and blow-dried with powdered flavours. Depending on your thoughts about white chocolate and Pringles, the holiday flavour of Pringles White Chocolate could be a double lie.